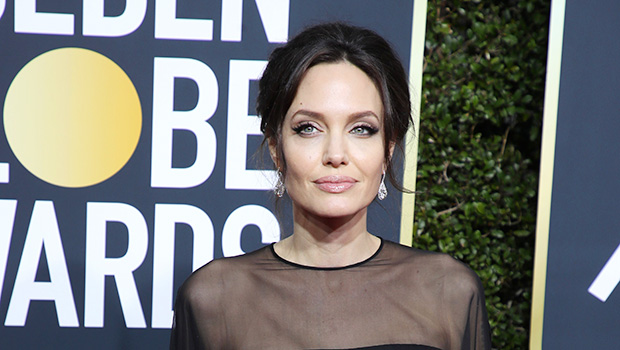 The war is over! Brad Pitt and Angelina Jolie finally worked out a custody arrangement. Though Brad ‘got more time’ than Angie wanted him to, we’ve EXCLUSIVELY learned why she decided to play nice.

After more than two years since they split, Brad Pitt, 54, and Angelina Jolie, 43, finally agreed on a custody arrangement for their six kids. While Angie reportedly retains more than “50% custody” of the children, Brad will more time with his kids. For Angie, while this wasn’t the exact outcome she wanted, it’s one she can live with…for now. “The custody battle was long and arduous,” a source close to Angelina EXCLUSIVELY tells HollywoodLife.com, “and in the end Angelina conceded a lot, mainly because she knew she had few options otherwise, and she didn’t want to have to drag the kids into court and make it even more traumatic for them.”

Shielding her kids from the ugliness of the battle was Angie’s primary motivation in signing off on a custody deal. Another, the source tells HollywoodLife.com, was to help her save a little face. “Angelina’s actions have also definitely been affected by how she’s been portrayed in the media—she’s acutely aware that she’s being painted as the bad guy, and despite her pretense at being nonchalant, she actually really does care how she’s perceived.

“Brad ended up getting more custody time than Angelina wanted him to,” the insider says, “but then, if she had her way totally he would have had zero court-ordered time with the children. It would have all been at her discretion.” Though Brad might have picked up the win here, the source says that Angelina isn’t going to let him savor this victory. She’s “determined to hit Brad hard financially though, to make up for what she perceives as her losing the custody battle. If Brad thought the war was over, then he’s in for a very nasty shock!”

Brad and Angelina’s temporary custody agreement, which eliminates the need for a trial, seeing Brad get “an increase in his custodial time with his kids.” This increase will come in stages, and Brad’s goal is reportedly a full “50/50 split,” which would require an “agreement on the financial details as well.” Those “details” are still being hashed out.

As to when those details will be finalized – don’t hold your breath. Even though the two have worked out custody of their kids, David T. Pisarra, California Family Law Attorney, EXCLUSIVELY told HollywoodLife.com that this won’t speed up Brangelina’s divorce settlement. Considering it took them more than two years to agree on custody, it could take another two years before everything is all said, signed and done.