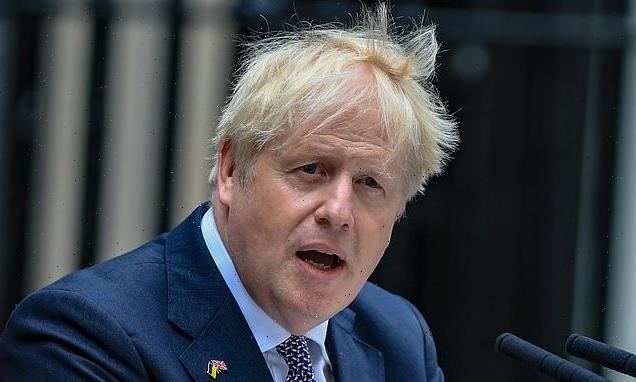 Does the next Conservative leader need to be a True Blue Tory? It certainly seems that way.

It shows the anger over the recent ‘drift’ in policy — with 69 per cent demanding a return to traditional Tory values.

The poll of 875 members, the first since Boris Johnson’s resignation last week, also shows that the great referendum dividing line persists: the overwhelming majority of Tory members want the next leader to be a Brexiteer.

‘Otherwise,’ says a Tory member quoted in the report, ‘the fanatical Europhiles that did for Boris will have this country still tied to EU regulations and rejoin by stealth.’ 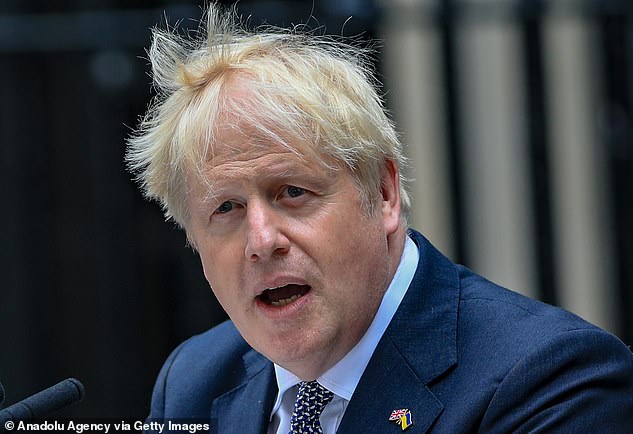 Don Porter, the co-founder of Conservative Voice, tells me: ‘The results paint a clear picture. The next leader needs to radically change the direction of the Government. There is, however, far less clarity on who the right individual to deliver that change is. The field is wide open.’

Two Tory MPs overheard in the Commons: ‘Boris won an election landslide, got Brexit done and got us out of the pandemic — but was brought down by a drink and a piece of birthday cake.’ Quite.

The Saj believes in petal power 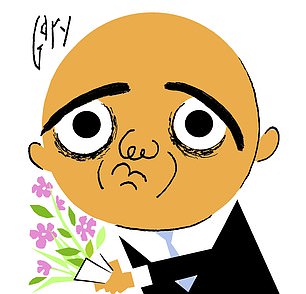 On the evening of his bitter resignation speech on July 6, Sajid Javid honoured a long-standing speaking engagement at the Centre for Policy Studies summer party.

He recalled that as a 20-year-old student at Exeter University he was appalled by the resignation statement of Sir Geoffrey Howe in November 1990 which triggered the downfall of Mrs T. With a group of fellow Tory students, said The Saj,

‘We scraped together £20 and sent a bunch of flowers to Margaret Thatcher.’

Presumably Boris can expect his own bouquet any day now.

He was invited to join other Labour luminaries on the balcony of the County Hotel to watch the trade unionists march past, but declined because his predecessor Jeremy Corbyn — now suspended from the Parliamentary Labour Party — was present.

Just as Starmer surely feared, Corbyn was cheered to the rafters by the union men.

Jacob Rees-Mogg is not expected to run for the Tory leadership. Even so, he has one surprising endorsement — Johnny Rotten from the Sex Pistols. The ex-punk said he loves Rees-Mogg’s ‘World War II respect, put Britain first attitude’. God save the Mogg!

So Spitting Image, the classic puppet satire relaunched two years ago on BritBox, is to be scrapped.

No surprise there. Now that Boris, the series’s star, has been ousted, who is going to tune in to watch caricatures of the nonentities vying to replace him?

Spare a thought for anyone who knocks their head in the coming weeks and winds up in hospital. When Theresa May was fighting to stay in power in 2019, things were looking so bad for a patient at one hospital that doctors asked him to name the PM — a common question used to check a patient’s condition. ‘I’ve been out of the country for two weeks,’ he snapped. ‘How the hell should I know?’