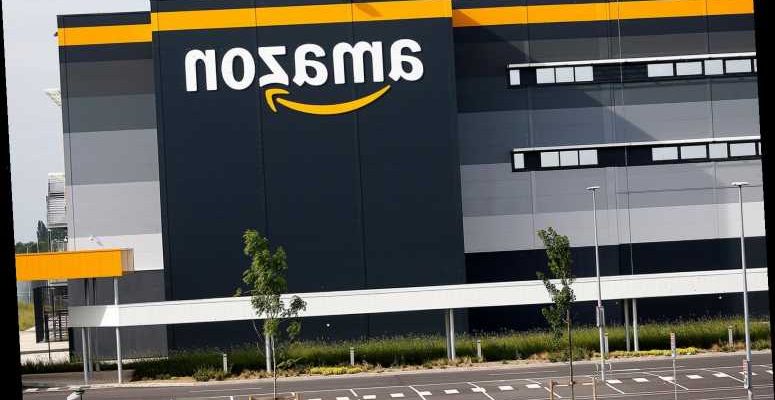 A transgender man has filed suit against Amazon, alleging he was harassed and discriminated against by his supervisors at his former company after telling them he was pregnant.

In legal docs obtained by PEOPLE, Shaun Simmons claims he faced “intentionally egregious” harassment, was denied a promotion and was forced to lift heavy items despite his pregnancy.

“While we’re unable to comment on pending litigation, please know that Amazon does not tolerate discriminatory harassment of any kind,” Amazon spokesperson Leah Seay tells PEOPLE. “We have been, and continue to be, committed to accommodating all employees to perform their duties in a safe and inclusive workplace.”

But attorneys for Simmons tell PEOPLE, “We think the issues presented in the case are very important ones of dignity and respect, and we look forward to the court process."

Simmons began working at an Amazon fulfillment center in Princeton, New Jersey in January 2015, and was promoted to process assistant in the summer of 2018, according to the suit filed in the U.S. District Court for the District of New Jersey on Monday.

He was moved back to the fulfillment center "in or around May 2019," and began reporting to Mike Menno and Tyler Houpt, both of whom are named as defendants in the suit. Their attorneys did not immediately respond to PEOPLE’s request for comment.

About a month later, Simmons told Menno that he was pregnant — and when coworkers began congratulating him, he allegedly realized that Menno had divulged the confidential information to other employees and another supervisor, the suit says.

“Menno and Houpt also began criticizing [Simmons’] work performance after [Simmons] disclosed that he was pregnant, in an effort to demote [Simmons],” the lawsuit alleges.

Simmons complained to human resources about the alleged retaliation and was subsequently placed on paid leave, according to the suit.

Meanwhile, Simmons also claims that a coworker harassed him after learning of his pregnancy, and said, “Aren’t you pregnant?” while Simmons entered the men’s bathroom, which once again resulted in a complaint and subsequent paid leave.

Though Simmons requested he be transferred to a different Amazon warehouse, he returned to work in August 2019, at which point Menno and Houpt assigned him to “picking items,” a lower-level position in which he had to handle dog food and other heavy food packages, the suit says.

Despite repeated complaints to human resources and a doctor’s note, Simmons says his requests were not accommodated, and that in September 2019, he was told the supervisory position he’d been offered at the other warehouse had been rescinded, and he would be placed on unpaid leave pending the birth of his child, the suit says.

“At the time [Simmons] was required to take unpaid leave, [Simmons] was capable of performing his job duties up to and above expectation,” the suit says. “All of the harassment [Simmons] was subjected to was unwelcomed.”

Simmons alleges that he faced pregnancy discrimination, failure to accommodate, retaliation and harassment based on gender identity, and is seeking damages greater than $75,000.

As NBC News noted, Simmons’ suit comes after a CNET investigation in 2019 found that at least seven lawsuits had been filed by women across the country who alleged that Amazon fired them after they became pregnant.