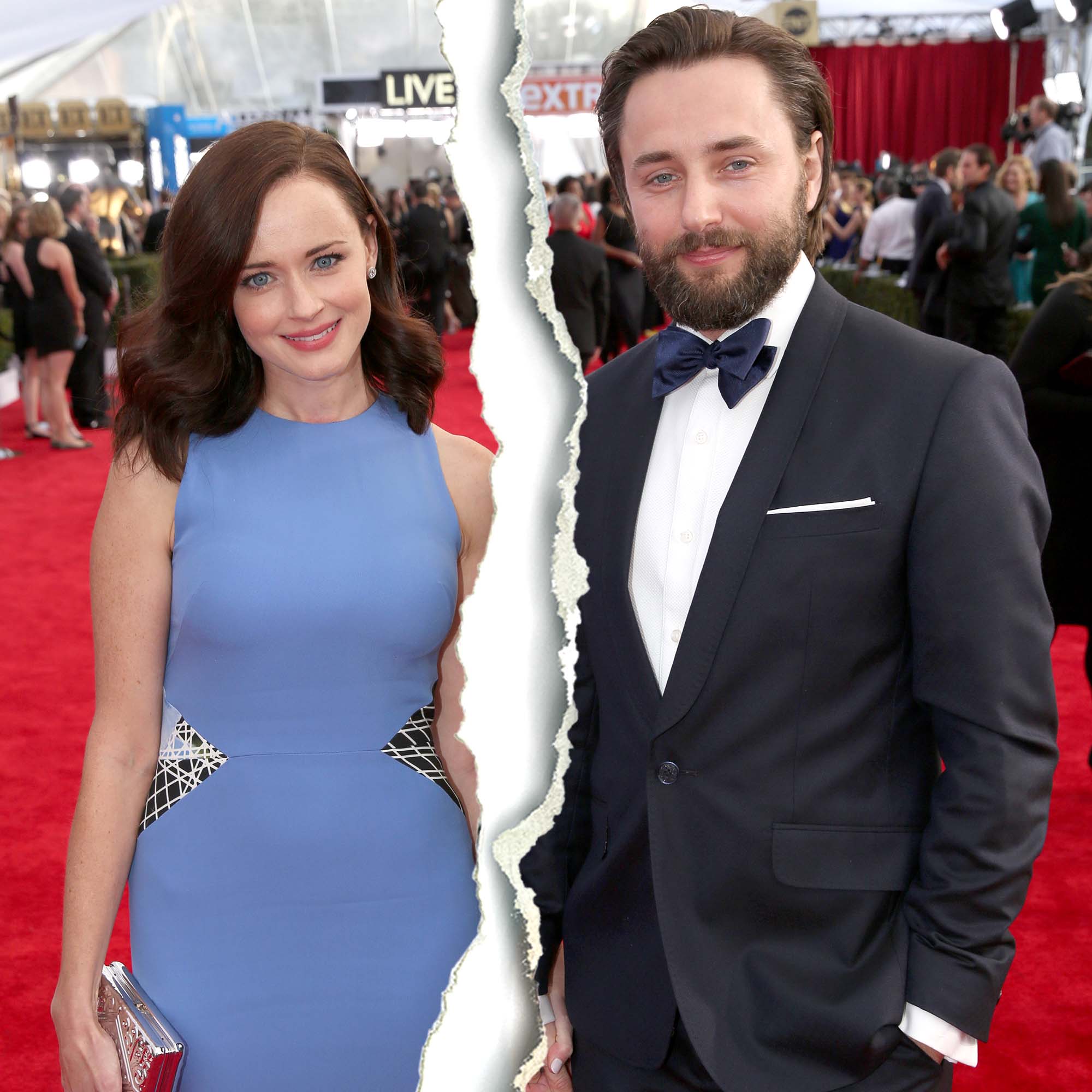 It’s over! Alexis Bledel and Vincent Kartheiser have called it quits after eight years of marriage, Us Weekly exclusively can confirm.

Celebrity Splits of 2022: Stars Who Broke Up This Year

Kartheiser, 43, filed for divorce from the Gilmore Girls alum, 40, on August 10 with the Putnam County Supreme Court in New York, according to documents obtained by Us.

The split comes a little more than more than nine years after the American Hangman actor proposed to Bledel. Us exclusively confirmed the engagement in March 2013. Later that month, Kartheiser gushed to Us about the Sisterhood of the Traveling Pants actress.

“I’m a very lucky man,” he told Us at the season 6 premiere of Mad Men in Los Angeles. “I keep saying girlfriend. And then I’m like, ‘I mean, my fiancée!’”

The following month, Bledel exclusively told Us that she and Kartheiser planned to map out the wedding “together,” noting that they hadn’t started the process yet. She then showed off her round-cut diamond ring, saying, “Vincent picked it out.”

In June 2014, the pair secretly tied the knot in Ojai, California, after meeting on the set of Mad Men three years prior.

“It was a small and intimate family affair,” a source exclusively told Us at the time. “They wanted something relaxed and beautiful. Ojai was the perfect place. His family flew out from the East Coast.”

One year later, the twosome welcomed their first child, a baby boy, in the fall of 2015.

The duo kept their son’s arrival under wraps for months with Bledel’s Gilmore Girls: A Day in the Life costar Scott Patterson eventually spilling the beans in May 2016.

“She’s really blossomed as a woman and now she’s a proud new mother and married and happy,” Patterson, 63, told Glamour at the time of his longtime pal. “We’re comparing notes because my son [Nick, born July 2014] is about a year and a half older than her young son. I’m showing her photos and videos and what to expect. We’re just really enjoying each other’s company.”

Bledel turned heads earlier this year when she announced her departure from The Handmaid’s Tale after four seasons.

“After much thought, I felt I had to step away from The Handmaid’s Tale at this time,” the Texas native, who played Emily/Ofglen on the Hulu drama since its 2017 premiere, told Variety in a May statement. “I am forever grateful to Bruce Miller for writing such truthful and resonant scenes for Emily, and to Hulu, MGM, the cast and crew for their support.”

Kartheiser, for his part, was last seen playing Jonathan Crane/Scarecrow on Titans in 2021, which is the same year Bledel’s final Handmaid’s Tale episodes aired.

Us Weekly has reached out to both Bledel and Kartheiser’s reps for comment.