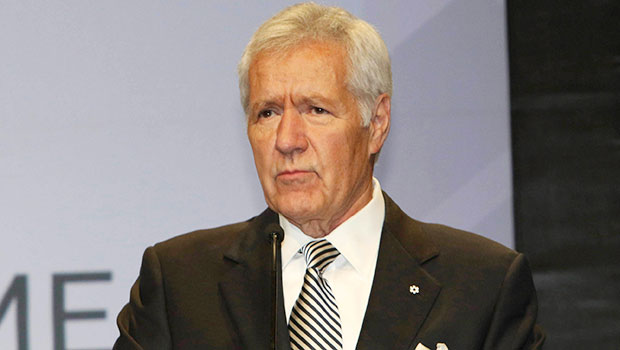 ‘Jeopardy!’ host Alex Trebek’s prognosis for his pancreatic cancer diagnosis has a ‘five-year survival rate’ of only eight percent, a surgical oncologist told us. But there are cases that beat the average.

Alex Trebek, 78, shocked the world by revealing his pancreatic cancer diagnosis on March 6, especially since the Jeopardy! host’s disease had already advanced to stage 4. Dr. Mary Dillhoff, MD, who has clinical expertise in pancreatic cancer and works in surgical oncology at The Ohio State University Comprehensive Cancer Center, EXCLUSIVELY spoke with HollywoodLife to explain why it’s extremely hard for the body to fight pancreatic cancer, and how Alex’s diagnosis came this far along. “So if we take big populations of people and estimate their risk of dying if they have stage 4 pancreas cancer, then most of them will live less than one year even with treatment,” Dr. Dillhoff told us, as she explained that treatment isn’t focused on curing cancer, but instead on prolonging the patient’s life. When the cancer has spread, surgery isn’t even an option, but chemotherapy is offered to “fit” and “healthy enough” individuals.

“Of course, there are people out there that do better than the average and will survive longer than that, but if we take the average of all comers, the prognosis is poor,” Dr. Dillhoff said. As for the statistics behind that prognosis, the oncologist expert offered this: “Pancreas cancer is deadly in almost all people. The overall five-year survival rate is about eight percent. Most people will die of pancreas cancer in the first five years. And patients who have a metastatic pancreatic cancer diagnosis, that five-year survival rate is less than three percent, so it is rare to live with that cancer. For most people, the average survival is about a year or less.”

And there’s a reason the prognosis is so grim. “In most cases when they’re diagnosed, it often has spread elsewhere, so Alex Trebek has metastatic pancreatic cancer, which means it’s cancer of the pancreas that has spread to other places in the body. Most commonly that’s the liver, other places in the abdomen, or the lungs,” Dr. Dillhoff continued. The cancer often spreads because it’s notoriously difficult to detect, as she added, “For most, it’s not caught early. We usually diagnose these cancers late because people don’t have obvious symptoms. We usually catch it late, and it’s an aggressive cancer that spreads early and rapidly.” When the symptoms do show up, Dr. Dillhoff said they’re vague, as they can include weight loss, vague abdominal pain, and indigestion — symptoms that are linked to a myriad of other ailments. The specific location of the cancer also determines how these symptoms will show up. “It depends where the cancer is at in the pancreas. For pancreas cancers that are on the right side of the pancreas, or in the ‘head’ of the pancreas, those patients will often have jaundice or turning yellow,” she said. “But for tumors that don’t grow in that area, symptoms are usually very vague.”

You can’t always rely on your family’s medical background to brace for a future diagnosis, as Dr. Dillhoff pointed out, “Most patients that get this won’t have a known risk factor. They won’t have family history of pancreatic cancer, or a genetic syndrome. There are some that may have a genetic syndrome, like a BRCA2 mutation or other genetic mutations where they can be high risk, but that’s the minority…Most patients won’t have known risk factors. There are other risk factors we know increase risk, but again most patients don’t have them. People that smoke or are obese have higher risk, but that’s not the vast majority of patients that get the cancer.”

But the beloved face of Jeopardy knows the odds — and he’s choosing to stay positive. “Now normally, the prognosis for this is not very encouraging, but I’m going to fight this, and I’m going to keep working,” Alex declared in a YouTube video on Wednesday. “And with the love and support of my family and friends and with the help of your prayers also, I plan to beat the low survival rate statistics for this disease. Truth told, I have to! Because under the terms of my contract, I have to host Jeopardy! for three more years! So help me. Keep the faith and we’ll win. We’ll get it done. Thank you.”