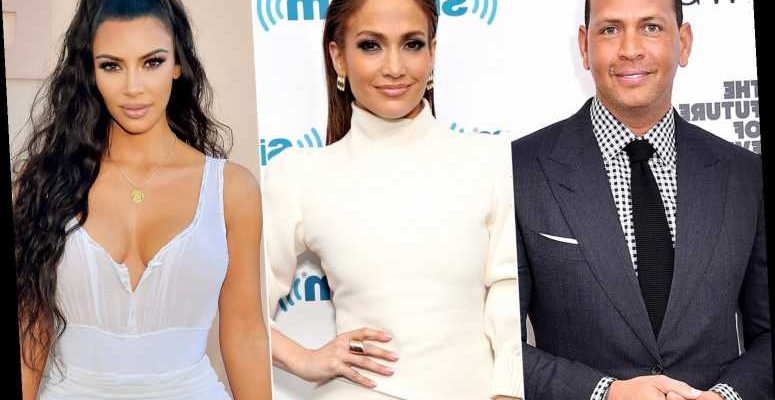 It turns out Alex Rodriguez has plenty of options for a karaoke duet partner — even beyond his pop star fiancée.

The Yankees legend, 44, recently spoke with PEOPLE about his partnership with Portal from Facebook and he opened up about the strong friendship shared between his co-stars in the marketing campaign, Jennifer Lopez and Kim Kardashian West.

“We’ve all known each other for a long time,” he says. “… But Kim and Jennifer are very, very close, and she’s almost like a mentee of Jennifer, and Jennifer’s mentored her a lot over the years.”

“Now,” he adds “they just go back and forth.

“They mentor each other and they have this really beautiful relationship that goes back over a decade and a half, and it’s nice to do anything with Kim and our family.”

Those family gatherings, Rodriguez says, range from holidays spent together to Taco Tuesdays at the Lopez-Rodriguez residence and even the occasional karaoke night … where, he admits, Kardashian West is a “really good” singer.

Rodriguez’s go-to karaoke show-stoppers? (Aside from his soon-to-be wife Lopez’s hits, of course, which he says he prefers to dance along to.)

In the commercial for the Portal smart video-calling system, Lopez, 50, and Kardashian West, 39, share a call — face masks applied and ready for a “top secret” chat — when Rodriguez enters the room wearing a matching mask of his own and hoping to join in on the BFF time.

“This is such fun,” he says in the ad. “We should do this more often.”

Though he says the new devices help his family stay in touch with the Kardashian-West clan, Rodriguez tells PEOPLE they’ve always found a way to connect.

“This is what we do, with or without this campaign,” he says. “… Now the fact that it’s holiday season and now we’re on opposite coasts and, of course, we want to connect to her, what better way to do it than with Portal for Facebook?”

When she hosted a movie night last December, Kardashian West referred to Lopez as her “idol,” floored that the “On The Floor” singer would come spend time with her.

“My inspiration for everything has been Jennifer Lopez,” she said in an video clip from that evening. “I would try and see what shoes she’d wear, what makeup, what hair — I became obsessed with glam because of Jennifer.”

She continued: “I never would have imagined this would have been my life. … I always fangirl for her. Dreams do come true, guys!”

As for double-dates along with Kardashian West and her husband, Kanye West, Rodriguez says they don’t have anything regularly scheduled. But when they all do get together, it’s sure to be a fun time.

“We have fun … any time we see them,” he says, adding, “To see how much Kim and Jen like each other, respect each other, support each other is awesome.”