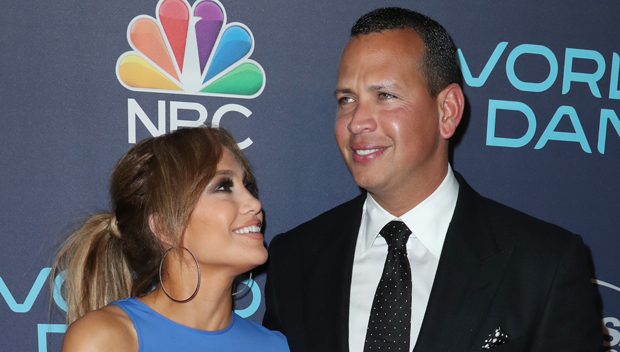 Jennifer Lopez finally addressed Jose Canseco’s wild claim that Alex Rodruigez cheated on her. The newly engaged superstar slammed the rumor, and her fiancee, A-Rod, is thrilled she defended him.

Just days after news broke that Jennifer Lopez, 49, and Alex Rodriguez, 43, had gotten engaged, former MLB player Jose Canseco accused A-Rod of cheating on Jennifer with his ex, Jessica Canseco. JLO initially stayed silent on the crazy claims, but earlier this week, she finally broke her silence. In an interview with Power 105.1’s The Breakfast Club on April 10, JLO revealed that the cheating allegations don’t mean a thing to her — because she knows the truth about her man. And now, a source close to A-Rod tells HollywoodLife EXCLUSIVELY that Alex is overjoyed that his future wife went to bat for him.

“Alex loves Jen for coming to his defense over the Jose Canseco rumors,” says our source. “They both knew the rumors were absolutely ridiculous, but it was nice to hear her publicly put them to rest. Alex doesn’t have any idea why Jose chose the time immediately after their engagement to try and ruin an incredibly special moment for them. He wants nothing to do with Jose and can’t believe he would make such a spectacle out of the situation. He definitely thinks Jose had some crazy ulterior motive but whatever that may have been, he has no interest in finding out. He just wants to put the drama behind him and Jen, and move forward towards their wedding and life together.”

When The Breakfast Club host Charlamagne Tha God commented that Jennifer and A-Rod seem “very in love,” the World of Dance judge smiled wide and agreed saying, “We love each other, we do. I also have never been with someone who lets me be the full J.Lo and all the sides of me. That makes me really happy.”

After dating for two years, A-Rod got down on one knee in the Bahamas and proposed to Jennifer with a massive 15-carat, $5 million diamond engagement ring. So far the happy couple hasn’t shared any wedding plans, but we will be sure to keep you updated.