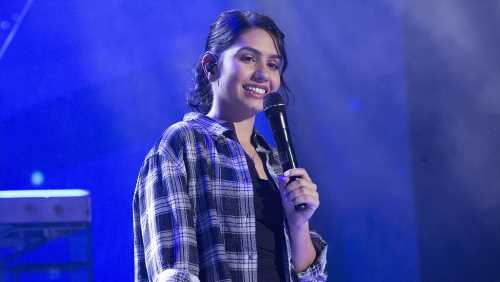 This morning, 2018 Grammy Best New Artist winner Alessia Cara dropped “Rooting for You,” the second song from her forthcoming EP, “This Summer,” which ironically drops shortly before the end of summer on Sept. 6.

The song is a refreshingly funky and summer-worthy anthem that shows off the singer’s positive attitude. Cara released the full tracklisting and the EP cover on Instagram yesterday.

“Rooting For You” and “Ready” follow “Out Of Love,” Cara’s single from her sophomore album, “The Pains of Growing,” released last November. She is currently touring with Shawn Mendes  and will begin her own headlining U.S. tour on October 21st at the Orpheum Theater in Boston.

Cara is still riding the success of her debut album “Know It All,” which was released in 2015 and spawned the hit singles “Here” and “Scars to Your Beautiful.” She followed that success with a pair of guest spots on massive singles, Zedd’s “Stay” and Logic’s anti-suicide anthem “1-800-273-8255.”