ALDI's Kevin the Carrot toys are already being flogged on eBay for hundreds of pounds after the discounter sold out within hours of them going on sale online.

The supermarket had limited the number of toys each shopper could purchase in one go to just two to avoid chancers scooping the lot and selling them on for inflated prices. 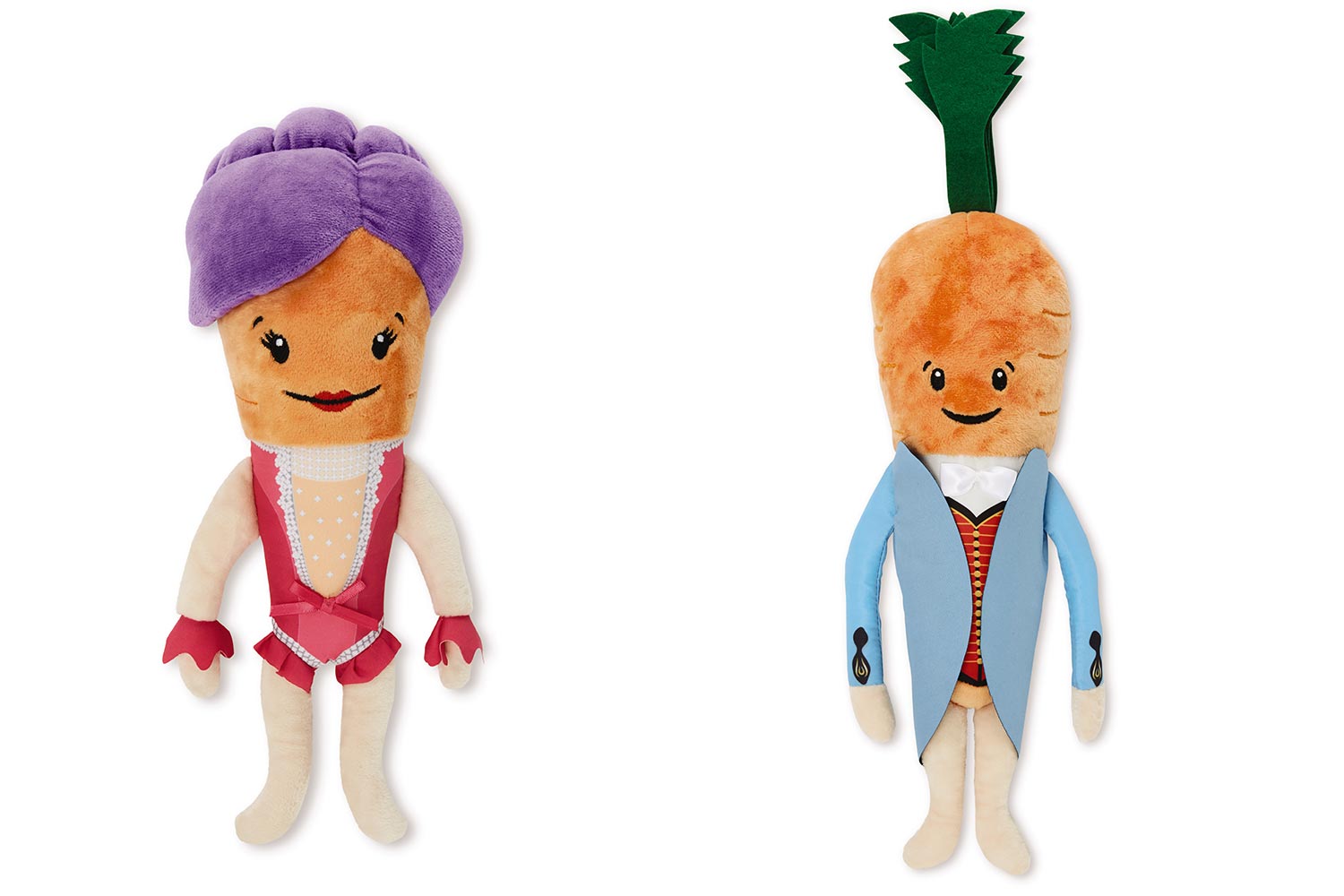 But thousands of parents were left empty handed despite sitting in online queues when the merchandise from the retailer's Christmas ad went on sale yesterday morning.

The toys are already being listed on eBay for up to £100, with the giant Kevin or Katie selling for five times its original £19.99 price tag.

A full set including giant Kevin, Katie and their children, Russell Sprout and Tiny Tom is also being listed for £400, more than six times it would cost to buy directly from the store.

Frustrated shoppers took to twitter to share their outrage, with some of them even confessing to waiting up in the early hours of the morning to order the goods. 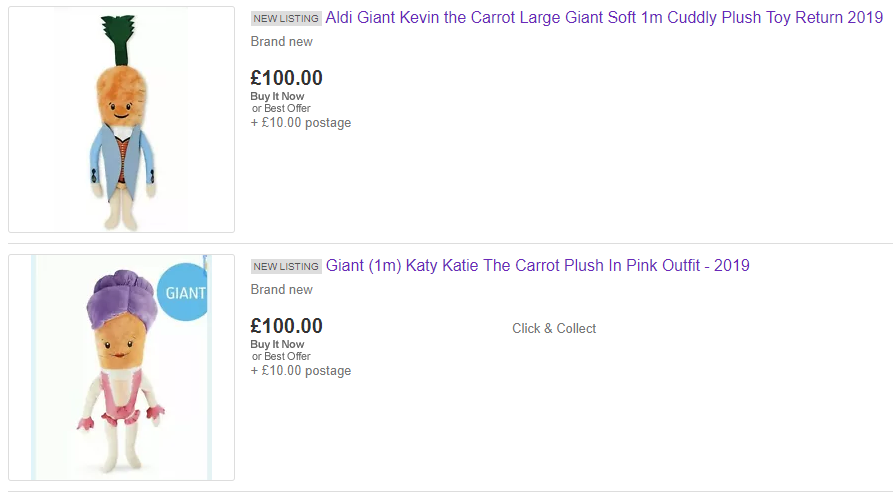 One person wrote: "@AldiUK After waiting ages in a queue as soon as we got the email, we find out that the Kevin in a kilt is sold out. Really disappointed."

Another said: "@AldiUK will you be getting anymore online? Was in a queue for ages then they’re all gone! #KevinTheCarrot".

One sleepy – but successful – parent said how they stayed up until 4am to buy the toys.

They added: "Would be nice if @AldiUK released it in humane hours not early morning #KevinTheCarrot."

Twitter user Buster & Jasper wrote: "Mum just looked on the Aldi website and there was a queue of 1000's of people and all the Kevin the carrot toys have gone already apart from a giant Kevin 😡 bet they'll be on ebay for silly money later."

In a reply to one shopper's frustrated tweet, the retailer wrote: "We are disappointed that a small number of people are looking to profit from a good cause."

A spokesperson added: "We’re sorry that some shoppers were unable to get their hands on these toys online, however, demand has been extremely high."

Last year, the batch of Kevin and Katie carrot toys also sold out in hours online, with sellers trying to cash in by listing a £4 Kevin plush for as much as £500 on eBay.

Of course, the toys are only worth what someone will pay for them so there's no guarantee that the seller will fetch that price online.

In fact, we couldn't find any of this year's toys that have been successfully sold on eBay yet.

Aldi told The Sun that it won't be restocking the products online but shoppers will get a second chance at getting the merch on Thursday November 28  when they are released in stores.

Prices start at £1.99 for Keving the Carrot Christmas crackers, cards and stationary and range up to £49.99 for a giant snowglobe.

FANCY getting your hands on the new Kevin the Carrot merchandise?

Here's everything you'll find in stores and online.