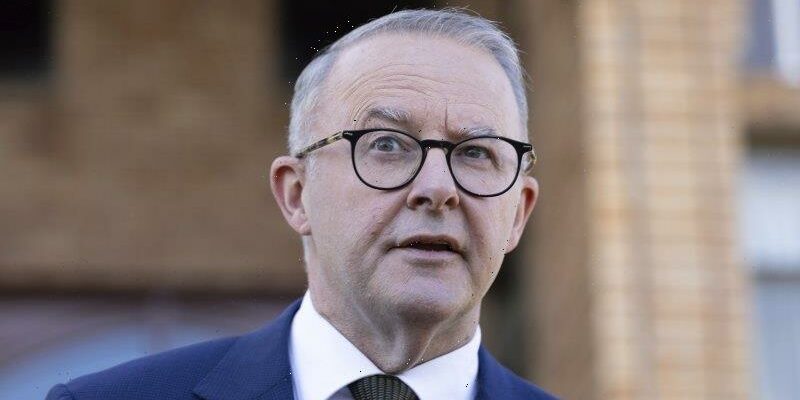 A week ago, Anthony Albanese appeared well-placed as the election was about to be called. Now he has comprehensively blown the first campaign week.

This isn’t to say he can’t recover. But it does raise big questions about his ability to perform under intense pressure, which has always been a concern for Labor, and about the competency of his campaign team. 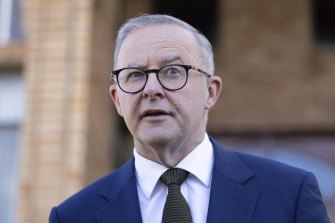 Opposition Leader Anthony Albanese had a bad first week of the campaign.Credit:Alex Ellinghausen

We heard a lot in recent weeks about the slimmer, fitter, better-dressed opposition leader. He was “match fit”, they said. All OK, but there’s a lot more to being “match fit”.

What Labor needed this week was a sharper, edgier, supremely-prepared leader.

Now critics will say, “the media are being too hard – so what if he can’t recall a couple of numbers (even if they are the unemployment rate and the cash rate)?”

But details matter in the jungle of a campaign, where your opponent can inflict a nasty blow if you slip. And the media help in the process. With the 24-hour news cycle, it is nearly impossible to put a gaffe behind you. It is endlessly replayed.

Most importantly, when Albanese is trying to convince people he can match his opponent on economic competence, mistakes on basic numbers are doubly bad.

Focus groups are conducted all the time in campaigns by the political parties and media, and Albanese’s mistake has registered with participants. Although, it should be added, so did his apology.

In research for the University of Canberra and The Conversation this week in the seat of Wentworth, a male insurance worker said: “He’s a good guy, but I’m not sure he’s up for it. It really wasn’t a good look yesterday that he couldn’t bring all those numbers up.”

A man working in IT said: “I’m a little concerned that he didn’t know just basic economic figures […] He owned up to it pretty quickly which made me like him a little bit more but at first, I was alarmed.”

Wentworth is a contest between a Liberal MP and a high-profile independent, but those involved in other focus group research have a similar story.

Albanese’s bad head for numbers was not his only problem in these first campaign days.

He foolishly exaggerated his economic credentials – which speaks to his desperation to establish them in the public mind.

He described himself on Tuesday as having been “an economic policy adviser to the Hawke government”, when he actually was a research officer to Tom Uren, at that stage a junior minister.

Karen Middleton in her biography, Albanese: Telling it Straight, says he wrote “reports and policy proposals”, including notes on the economy for Uren’s electors, and a position paper for the Left faction on dividend imputation before the 1985 tax summit.

On Thursday came a third own goal – this time leaving open a gate for the government to charge through.

Asked about border policy, Albanese reaffirmed Labor would turn back boats if they appeared. He also said offshore processing wouldn’t be needed if boats were turned back.

Taken literally, this was a statement of the obvious. But it invited an interpretation that Labor had scrapped its commitment to offshore processing. It hasn’t, but the slightest imprecision is dangerous because Labor has always been vulnerable on the issue.

Albanese clarified, but it had been another example of failing to take enough care.

Through the week, Albanese did try to smarten up his presentation, and make his news conferences tighter. However, his preparation remains underdone, and within Labor there’s criticism of the narrowness of the group running things and the high degree of centralisation of the campaign.

A ragged week hits both a leader’s confidence and that of his team. How it shakes out will depend in part on whether the next round of polls show any shine has been taken off Labor’s vote.

Albanese’s problems have made Scott Morrison’s first week rather easier than he might have anticipated.

But by Thursday the prime minister was starting to feel the heat, with the travelling media peppering him over his stubborn resistance to setting up a robust integrity commission (rather than the pallid model he proposed).

It’s clear Morrison, who demands Labor agrees to his model before introducing legislation, has little intention of trying to forge a deal if re-elected. This will play poorly for him in the “teal” seats where high-profile independents are challenging Liberal incumbents.

Morrison was appearing with the member for the Tasmanian seat of Bass, Bridget Archer, who crossed the floor in a bid for a debate on a crossbench bill for an integrity commission.

At Thursday’s news conference Archer acquitted herself as well as she could in the circumstances. But another Liberal candidate, Morrison’s “captain’s pick” for the Sydney seat of Warringah, held by independent Zali Steggall, was in a heap of trouble this week and the PM found himself in the middle of it.

Morrison on Monday praised Deves for “standing up for something really important” – that was, ensuring girls and women playing sport were “playing against people of the same sex”. Deves, he said, was “standing up for things that she believes in, and I share her views on those topics”.

By Wednesday, when more had come out about Daves, and she apologised for her inflammatory posts, Morrison said lamely “they’re not views that I was aware of”.

To which the obvious question was: why not?

Morrison and his factional ally, minister Alex Hawke, had delayed a batch of preselections until the last moment. Morrison had led the three-person selection committee for a suite of candidates, including the candidate for Warringah.

Why hadn’t the Liberal Party vetted Deves properly? If it had, and was aware of the social media posts, did it think no one would notice?

It will be another mark against Morrison and Hawke when the election postmortem in NSW examines the preselection fiasco. That postmortem will be excoriating if Morrison loses, more benign if he wins.

Over Easter, the pace of campaigning slackens; the parties don’t stop, but they try to match the rhythm of the holiday. Somewhat spooked by the early glitches and knowing Albanese needs a run of good weeks ahead, Labor is looking to Easter as a chance to regroup.

Many voters, meanwhile, will probably take the opportunity for a brief respite from all this politicking.

Michelle Grattan is professorial fellow at the University of Canberra. This article first appeared on The Conversation.