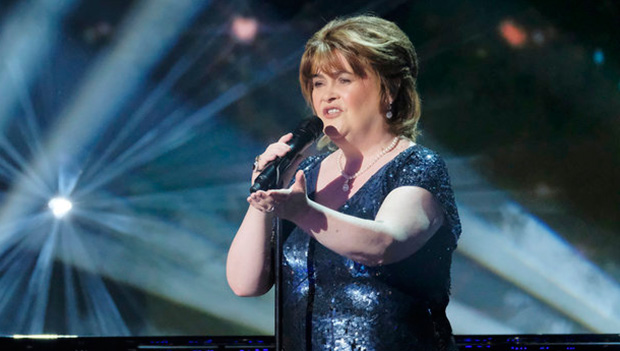 The best in the world are competing for the most epic ‘AGT’ title yet — Grand Champion. ‘AGT: The Champions’ is kicking off Jan. 7. Follow along with our live blog as the performances get underway!

For the next 7 weeks, amazing acts from America and across the globe will be competing on America’s Got Talent: The Champions. On night one, 10 acts out of 50 will perform in hopes of making it to the finals. Only two acts will go through to the finals, with one being a Golden Buzzer recipient and the other is decided by the panel of judges.

The first contestant up is Bianca Ryan, who was the first-ever winner of America’s Got Talent! Bianca has been through a lot since she won AGT in 2006. She found out her vocal cord was paralyzed and needed surgery. She was told she may never sing again. Bianca has fought hard to keep her dream alive, and she’s ready for her comeback. She performs a gorgeous rendition of A Great Big World’s “Say Something.” Once she hit those high notes, the entire crowd is their feet, including all four judges! Simon Cowell says he’s “genuinely thrilled” that she’s back. “That was what we call a moment,” he continues. Mel B calls the performance “just amazing.”

Next up are The Clairvoyants. The fan fave duo lost to singer Grace VanderWaal during AGT season 11, and they are ready for their first place finish this time around. They enlist the judges’ help with their act, which is always fun for everyone. The partners blow the judges away with their mentalist skills. Simon’s mouth is wide open in awe as The Clairvoyants guess correctly the locations that the judges picked. “That is going to be tough to follow,” he says. Keep refreshing for updates!

Celebrity dog trainer Sara and her dog, Hero, are back! The dynamic duo was a finalist in season 12. They perform a fun, bank robbery-themed routine. “This act just makes me smile,” Mel B gushes. Ladder acrobat artist Uzeyer Novruzov is up next. He is most known for being the season 10 finalist who experienced a shocking fall. The judges are absolutely shocked that he’s attempting this trick again. Uzeyer is ready for his chance at redemption. He manages to complete his mission in one epic performance.

Season 13 comedian Vicki Barbolak returns with another hilarious standup routine. Simon has never been so excited. He tells Vicki that she’s more confident that she was during season 13 and says she’s “owning the stage” now. She’s a contender, people!

Famous sword swallower Alex Magala is ready to leave everyone’s jaws on the floor with his performance. He’s never done this routine before — until now. He swallows swords and asks Simon to pull one out! In the next phase of his performance, he’s lifted into the air while a sword is in his mouth. He hangs in the air without holding on to ANYTHING. He’s released and manages to land on his feet! But that’s not all. Alex puts ANOTHER sword in his mouth and climbs up a pole. He turns around and lets go. WHAT THE HECK?! He’s able to stop himself before he hits the ground. The crowd is screaming over his performance. Mel B sums up this performance in two words: “bloody crazy.” Keep refreshing for updates.