Riverdance and Piff the Magic Dragon help fill time before one of the strongest and one of the weakest acts move into the "AGT" finals coming in two weeks.

After what has to go down as one of the most uneven and bizarre nights of performances in the history of “America’s Got Talent,” it was anyone’s guess who might advance. We had our guesses, but what did America do?

We ranked the acts based on what we thought, and immediately decided that America would probably disagree with us. We did think that our top four acts — comedian Mike E. Winfield, singer Lily Meola, a cappella group Acapop!, and stunt performers The Lazy Generation would rise into the Top 5. 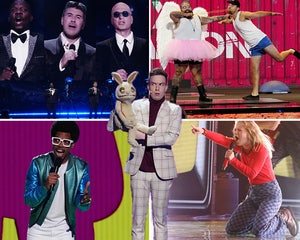 But we rounded out our picks with our ninth place finisher Metaphysic. We just believed America would be more impressed than we were, or enticed by their promise to expand to Heidi and Sofia deepfakes alongside a famous rock star.

For our Top 3, since they’ve been pointlessly revealing this grouping as well, we thought Mike, LIly and The Lazy Generation would make that up, with the Lazy boys dropping off before America’s Top 2 would line up perfectly with ours. Could it ever go that perfectly? It pretty much never does.

We didn’t even get into the show proper before these Irish dancers and musicians took over the “AGT” stage. It was actually a smart group to land for the week Bayley Graham performed, as their tap style is at least in the same realm as his tap dancing — and we just don’t see tap that much on the screen anymore. Known for tapping with their arms straight down, this troupe did not disappoint with a lot of intricate moves in perfect sync. Their line work was amazing. 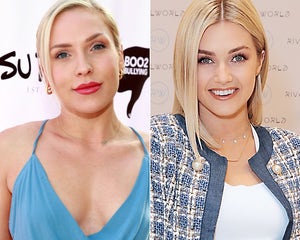 This was a rather silly segment as it was played completely straight, but it was a nice enough time filler. We particularly enjoyed Sofia declaring that her chihuahua is a bad dog because it likes her husband more than her. Terry offered some advice about nerves, saying he calls his excitement and uses them to bring the energy to his entrances and work.

As always, Piff is just a delight from his stage presence and personality. That he brings Mr. Piffles, his over-the-top Las Vegas assistant Jade, and magic into the act becomes just a bonus on top. We’re always smiling all the way through his act, and we particularly loved how cleverly Mr. Piffles solved Howie Mandel’s Rubik’s Cube, and then “poured” him his favorite drink. Only two magic tricks, but performance made every moment great nonetheless. 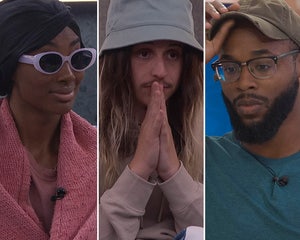 To build this pointless Top 5, Terry started by pulling forward Merissa Beddows and Bayley Graham. We actually had neither of these acts in our predictions, but we did have Merissa in our own Top 5 (in fifth). Bayley was sixth for us and fell short for America, too, as Merissa Beddows took that first spot.

Next up were Acapop! And Metaphysic. We predicted both of them would be in America’s Top 5, so clearly we’re not on the same page at all this week. We had Acapop! In our third-place spot for the night with Metaphysic in ninth. We thought America would like Metaphysic more than we did, and they definitely did, putting them into the Top 5.

Heidi’s Golden Buzzer, Lily Meola, faced off against Jannick Holste, and surely Lily took this one, right? Jannick was entertaining in his way, but the magic wasn’t strong or diverse enough for us. We had him eighth while Lily was our number two. At least America got this one right, pushing Lily Meola into the Top 5.

That left our favorite act of the night and our least favorite act, Mike E. Winfield and Lee Collinson, respectively. It seems impossible to imagine Mike not making it as his was the only act that was just about perfect from start to finish and Lee kind of fell apart. Of everyone, he had a moment, and it was undeniable to America, too. Mike E. Winfield rounded out this week’s unnecessary Top 5. But how far did he go? 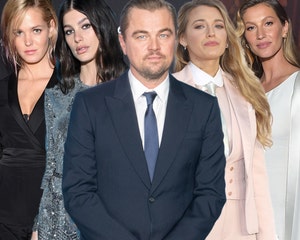 Does Leonardo DiCaprio Only Date Women Under 25? Twitter May Be Right

Already a disaster, only three of our five Top 5 predictions made it. All in all, America voted through our first, second, fifth, ninth and tenth acts, so we definitely did not agree on who killed it Tuesday night and who died on stage.

Based on who did advance, a quickly revised Top 3 prediction says that America will stick with Mike E. Winfield, Lily Meola, and Metaphysic. Jack Williams just really underwhelmed us this time around while Merissa Beddows’ impressions didn’t ring as true this time around.

The first act to advance into the Top 3 was a no-brainer, as Mike E. Winfield had to advance. He was followed by Lily Meola and Metaphysic. So after a course correction, we finally got on the same page with America. So what happens next? 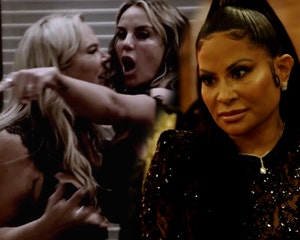 It’s at this point that we started double-guessing and overthinking ourselves. From the beginning, we predicted that all three of these acts would make it into the Top 5, so we did believe that America would get behind them. But we didn’t think Metaphysic would make it to the Top 3.

As such, it would be easy to stick by our guns and say Mike E. Winfield and Lily Meola would make it, but there’s this groundswell of support for an act we weren’t all that impressed with their second time out. It’s a great technology, but as an act, it was already feeling repetitive.

Clearly, though, America was behind them way more than we were. But were they “Top 2” behind them? We still felt Mike E. Winfield was a lock, so that left Lily and Metaphysic. Based on vocal ability alone, Metaphysic would win because those guys were incredible. Lily had a great song, but her performance was uneven. Are we talking ourselves into a Metaphysic win?

It would be remarkable for no singers to advance, as they tend to make up a large chunk of any finals in each season. But this season’s new format makes unpredictable results more likely as so few acts advance.

When it came time to reveal who would actually advance beyond this episode, Terry first sent Metaphysic into the finals, which certainly meant things didn’t look good for Lily. How could anyone compete with the magical night Mike had? In the end, she couldn’t and Mike E. Winfield took that last spot in the finals. 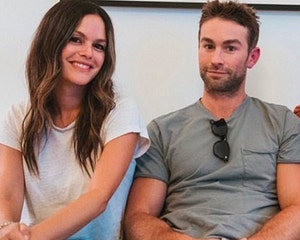 Rachel Bilson Recalls Past Romance Rumors with Chace Crawford: 'I Freaked Out'

Next week, the final eleven acts take the stage ahead of yet another drawn out elimination that will only see two of them advancing to the live finale. So which acts make up next week’s show?

“America’s Got Talent” airs Tuesdays and Wednesdays at 8 p.m. ET on NBC.