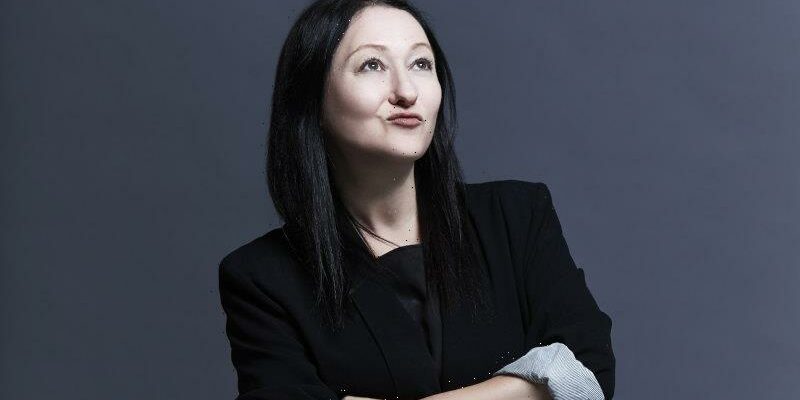 Alexie Glass-Kantor is an art curator best known as the executive director of arts organisation Artspace. The 49-year-old talks about losing her dad at a young age, marriage, and why she admires this generation of young men. 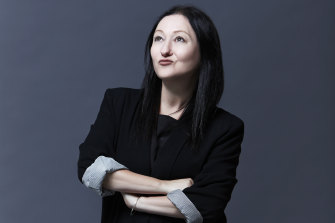 Speaking of her relationship with Marco Fusinato, Glass-Kantor says, “We agreed that our underlying principle was “friends at the beginning and friends at the end.’”Credit:Courtesy of Zan Wimberley

My father, Warren Glass, grew up in modest circumstances and had a traumatic early life; his father died when he was young. Dad taught himself to play guitar and became a folk singer, he protested the Vietnam War, studied English and became a primary school teacher and later a lawyer.

Dad was a huge reader. Every room in our family house was filled with books. He also wrote poetry and did community theatre. We travelled and lived across regional NSW during my childhood. Dad was famous for clapping his hands in front of hundreds of kids at school assemblies and they would instantly fall silent, then sing.

My mother, Carol, was a nurse. Dad encouraged her postgraduate studies and supported her career in community health. He learnt to cook for my sister Kylie and me while she did that.

Dad started getting sick when I was 10 and died in 2010 of myelofibrosis. He was a big collector – he loved objects, images, guitars. He taught me to read tarot cards. His expansive imagination and devotion to caring for others was democratic and purposeful.

I was raised an observant Jew. Both of my parents were committed to Jewish life and Jewish culture and community was a big part of our lives. They were married for 50 years.

Mum met her boyfriend, Philip Campton, on a cruise six years ago. Four years ago, Philip taught me to drive. He’s like a father to me now.

My first pash was aged 14 at summer camp. It felt like my face was being licked by a labrador. Ten years later I met him at a nightclub and we had a follow-up pash. We were both much improved the second time around.

Curator Nick Waterlow marked my university dissertation, mentored me and guided my thinking about the commissioning of art. In 2009 he asked me to curate a show at UNSW Galleries in Sydney. He was tragically killed a few days after opening night.

At Nick’s funeral, his partner found a page from his notebook where he had written his curator’s last will and testament. I framed it and keep it above my desk. Nick lists seven things, three which I hold close: passion, an ability to be uncertain, and a belief in the necessity of art and artists.

“Nick lists seven things, three which I hold close: passion, an ability to be uncertain, and a belief in the necessity of art and artists.”

I met artist Marco Fusinato in 1999, when I wrote about an art and sound show he did with Sonic Youth’s Thurston Moore. I was intimidated at first. We first worked together in the mid-2000s when I lived in Melbourne and invited him to co-curate an exhibition of sound art.

Marco’s show Desastres, now at the Venice Biennale, was years in the making. We agreed that our underlying principle was “friends at the beginning and friends at the end”. Our friendship is built on shared ambition and laughter.

I have been married and divorced, in a de facto relationship, and I am currently single. I got married in my 30s. I was unable to carry a baby full term and struggled for years with the grief of IVF and miscarriages.

From my former de facto, I live with my spirited youngest stepdaughter Serina King, aged 22, and our imperious cat Kimmy. I also have a beautiful 27-year-old stepdaughter, Sophie King. She met her husband, Liam Brown, at the age of 14 on a school bus. They wanted to marry at 21 and I organised the wedding with a reception at Artspace. I admire this generation of young men. Liam is creative, thoughtful and self-aware. They are a special couple.

I think marriage is a beautiful act of hope and I would happily to do it all again. But if not, that’s fine too. Love and hope are two things which are in rich abundance and entwined in all facets of my life, always.