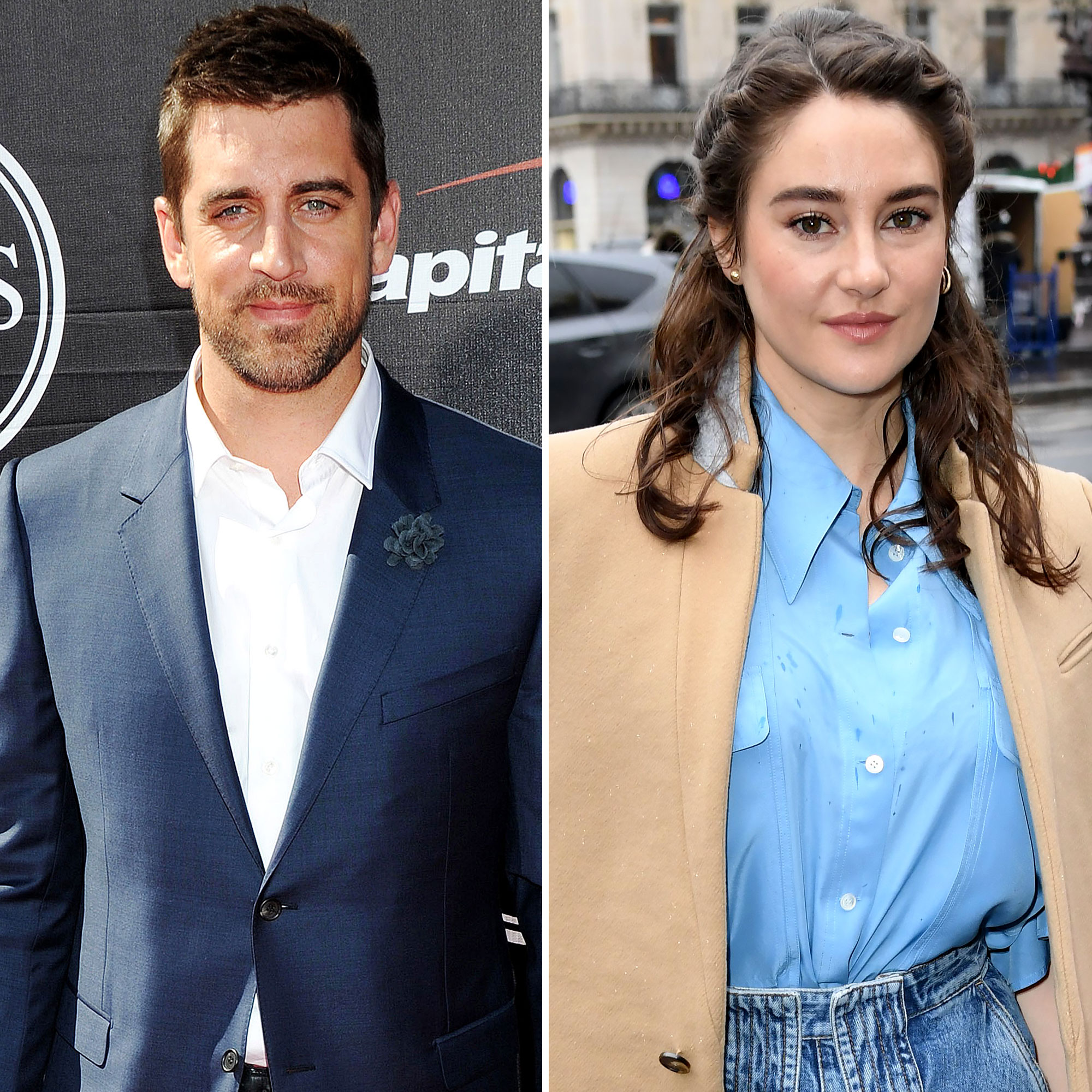 Going the distance! As Aaron Rodgers prepares for another season with the Green Bay Packers, his fiancée, Shailene Woodley, will be showing her support from afar.

The 37-year-old quarterback discussed his return to the Wisconsin-based NFL team in an interview with Haute Living published on Thursday, September 2, noting that he doesn’t think the miles between him and the 29-year-old actress will be an issue.

“It’s a busy work time for her, so [my decision] probably came at a good time for both of us to be able to focus on our work,” Rodgers told the outlet. “I think it’s going to be a good thing. I mean, her work was shut down for an entire year [during the coronavirus pandemic], and she’s booked a number of projects. She enjoys working and her own routine, which I obviously enjoy, too.”

Us Weekly confirmed in February that the athlete had moved on with the Spectacular Now star following his July 2020 split from Danica Patrick. At the time, a source revealed that Rodgers and Woodley “started off as friends, but things have turned romantic.”

Days after their budding romance made headlines, the former Super Bowl MVP gave a sweet shout-out to his “fiancée” while speaking at the NFL Honors. The Divergent actress later confirmed the duo’s engagement during an interview on The Tonight Show Starring Jimmy Fallon.

“When we met, also, I knew he was a football guy, but I didn’t know like what kind of a football guy he was. And I’m still constantly learning,” she joked in February.

Five months later, Woodley continued to be fascinated by the sport, telling Seth Meyers that the NFL was a “whole new world.” The Big Little Lies alum explained, “The Packers games are the only ones I find really interesting because I have people to actually root for. … I still can’t get it right, but I’m learning, slowly but surely.”

For several months, Packers fans were uncertain whether Rodgers would return to the team for the upcoming season after more than 15 years in the league. After previously missing an offseason training camp, the three-time NFL MVP confirmed in August that he’d be back.

“I think choice is the greatest luxury in life,” he told Haute Living. “There’s something about the opportunity to choose your own adventure, that we can have a million different fractures off one decision, that every decision we make has consequences that can lead to different paths [that’s appealing to me]. … I think I was really waiting for that intuitive feeling of, ‘Should I do this? This feels right.’ And there were a lot of times throughout the process where I felt like I was getting a sign to go this way, a sign to retire, maybe, a sign to go back, that I might get traded, but nothing ever felt like it stuck.”

Everything Aaron Rodgers Has Said About Love, Relationships

Rodgers said he “meditated a lot on what happiness is” and took the time to reflect on what he wanted his future to look like, both on and off the field.

“I journaled. I’ve done this before. I’ve written down what my ideal days would be: ideal days playing and not playing. I did this a few different times, thought about what my life would look like, and then I surrendered to the signs of the universe,” he continued. “I just kept on going back to that I had unfinished business in Green Bay, and I wanted to be back there with the guys, to not have the way things had gone at the end of last year be the way I go out there.”

Jordan vs. Aaron Rodgers: Everything We Know About Their Feud

The California native added, “For me, it was really thinking about who I want to spend my time with. If this is my last season in Green Bay — which I don’t know if it is or not — what type of lasting memories do I want to leave my friends and teammates with?”

Rodgers took the time to consider all of his options before committing to the Packers for another year, and when it comes to his relationship with Woodley, he’s also moving one day at a time. The O.C. alum told Entertainment Tonight in July that they aren’t thinking about the wedding process yet.