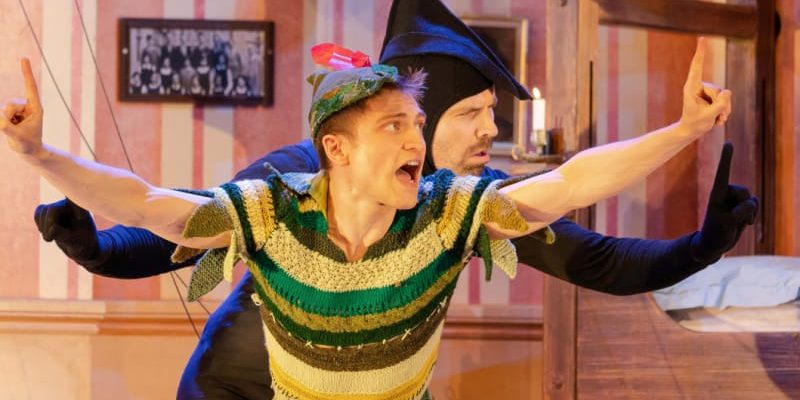 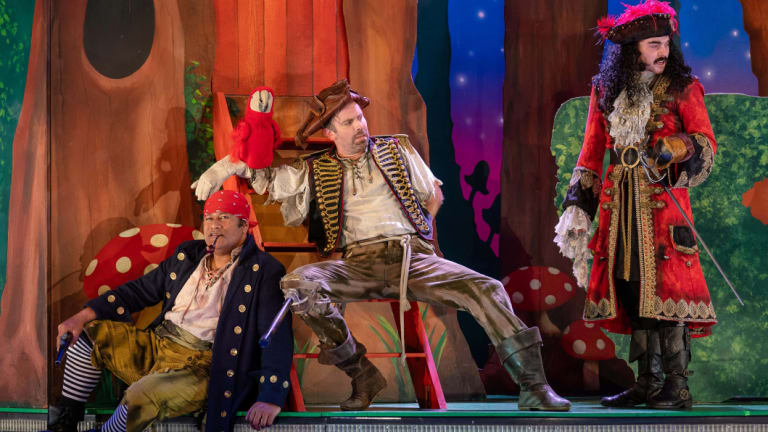 A pantomime that works is essentially unreviewable. If it's done well, even the shadow of a critic vanishes – ("He's behind you!" "Oh no he's not!" "Oh YES he IS!") – and all taste is surrendered to the fun and general mayhem of the occasion.

That proves largely the case at Peter Pan Goes Wrong, which has the same appeal, the same conceit, and most of the same creative team as last year's slick commercial farce, The Play That Goes Wrong.

That play was framed as an am-dram production of an Agatha Christie-style murder mystery, and rode high on an hilarious, technically precise ensemble performance – with killer stage magic, glorious comic set-pieces, appalling running gags and every kind of tightly orchestrated pratfall you could imagine.

Peter Pan Goes Wrong goes to town in the same way, only with a children's panto rather than a manor mystery. 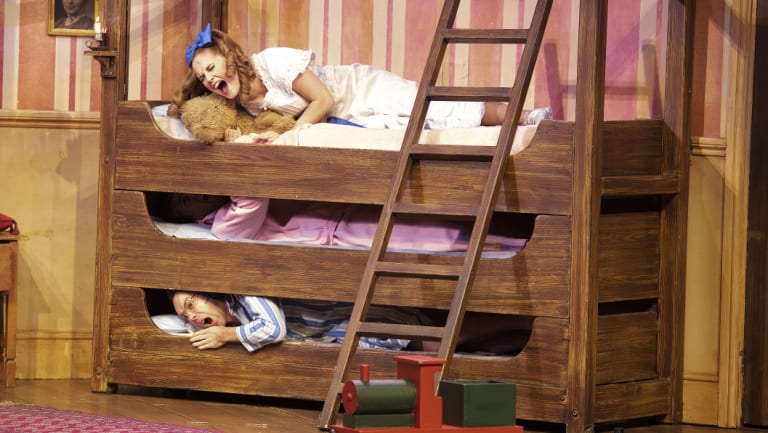 If anything, there are even more antics. The narrator (Play School's Jay Laga'aia) has a chair that won't behave itself; a revolving stage malfunctions, dodgy harnesses derail flight scenes, lights fall from the rigging; there's a major balls-up with a huge undersea puppet show, and a fairy costume that threatens to electrocute Tinkerbell.

And, of course, Peter Pan does declare "to die would be an awfully big adventure!" doesn't he? Well, so does his understudy.

It’s hard to overstate the timing and technical mastery.

Calamities big and small vex every conceivable scene in the show – including some bright musical numbers – and it's hard to overstate the timing and technical mastery required to pull all the barrelling cheesiness off and make it look easy. 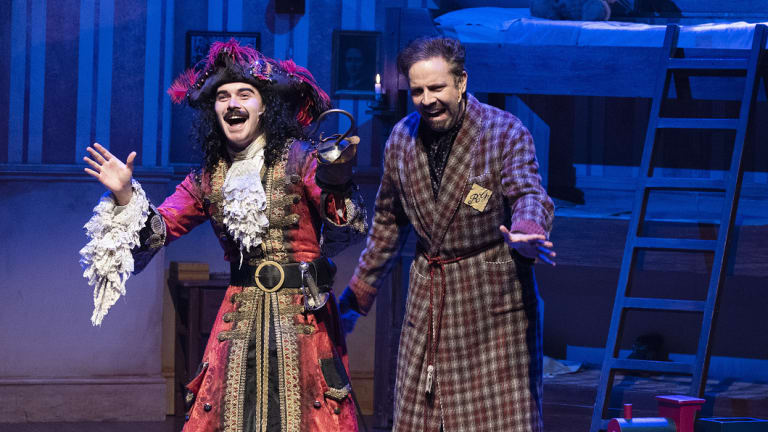 There's one obvious clunker – a scene that slut-shames a lead actress seems totally deaf to the world outside the theatre – but otherwise, Peter Pan Goes Wrong is a hoot: a neat piece of family-friendly silliness for the silly season, performed with lunatic energy and a fine sense of the ridiculous.