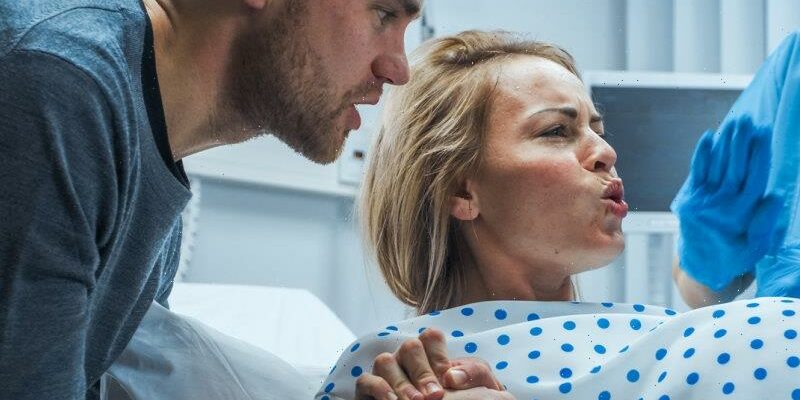 What with floods, fires and melting polar caps, we’re all being urged to make better environmental choices. So what’s the latest advice experts are doling out to save our poor, gasping planet? Is it for blokes to give up burger binging? Or cease driving gas-guzzling SUVs? These behemoths were built to traverse the Andes, not spew fumes on a suburban school run.

Well, no. The latest environmental recommendation is for women in labour to give up the pain relief of gas and air. Apparently, nitrous oxide, released into the atmosphere when the mother breathes out, is a greenhouse gas 289 times as potent as carbon dioxide. Using gas and air for four hours has about 200 times the carbon footprint of an epidural, according to research published in the journal Anaesthesia. 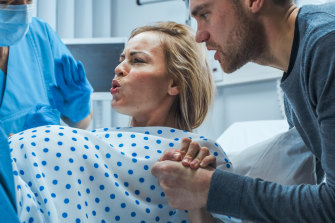 In short, a woman in labour is being asked to choose between a natural birth or having a needle the size of a whale harpoon shoved into her spine. Credit:iStock

In short, a woman in labour is being asked to choose between a natural birth (a case of stiff upper labia) or having a needle the size of a whale harpoon shoved into her spine.

Clearly this advice is being doled out by humans who’ve never had to stretch the favourite bit of their anatomy the standard 10 kilometres. Blokes, in other words. Fellas, to simulate the birth experience, I would suggest you take a car jack, insert it into your rectum, pump to maximum height, then replace with a jack hammer. And that would be a good birth. Just think of natural childbirth the way you’d think of natural vasectomy.

Now, I’m all for saving the environment. I cycle to work. I wash out my yoghurt pots. I secretly recycle neighbours’ newspapers if I see them in the general rubbish. But when it comes to giving birth, I’m sorry, but all bets are off. Nothing prepares you for the prehistoric reality of childbirth. It’s totally stone age what happens to you. Only National Velvet should be in stirrups for that long.

Writhing in agony for hours, adoption starts to look like a very attractive alternative. You find yourself wondering if it’s too late to take up smoking, to stunt baby’s growth. It’s such a bad design.
I mean, how can something that big come out of something so small – not without a trick pelvis.

Midwives had told me to expect a “little discomfort”. This is like saying that Vladimir Putin is only a little demonic.

“Mother courage” and “labour of love” – it’s not until you’re giving birth that you finally understand the origins of those expressions. I pushed and grunted so hard and for so long that I began to think I was giving birth to Belgium.

Midwives had told me to expect a “little discomfort”. This is like saying that Vladimir Putin is only a little demonic. Friends had informed me that giving birth was like excreting a watermelon. They lied. It’s more like expelling a block of flats – complete with patios, awnings, kidney-shaped swimming pools, gazebos and double garage extensions.

After 15 hours of intense torture, a nurse then casually informed me that this was the first stage. “What?” I shrieked, “You mean there are other stages?” Having planned to give birth naturally, I then begged for drugs. I mean, I’d done drugs all my life, why stop now? Gas and air was such a blessed, blissful relief.

After the eventual delivery of my baby 20 excruciating hours later, I was so numb from fatigue that when the doctor was doing the episiotomy, I just asked him to keep on sewing as I didn’t want anything going in or coming out of there ever, ever again.

Apparently, there’s a very civilised tribe in Papua New Guinea where the husband lies on the rafters of the birthing hut with a rope tied around his testes. Every time the woman gets a painful contraction, she tugs on the rope. Surely it’s time to introduce this practice on Medicare?

I feel it’s imperative to also point out to the male experts promoting a ban on gas and air, this is not in your best interests, either. A painful birth will leave your female partner so traumatised, she’ll never want to have sex again. Her favourite position will be the “doggy” – where you beg and she just rolls over and plays dead.

Even though I wish I’d been better prepared for the reality of childbirth, I’m reluctant to reveal the true horrors to my own darling daughter, in case it acts as a contraceptive. I do want to be a grandma one day. (A glam-ma, surely?) The only advice I’ll impart is that labour is the one time in a woman’s life when you can get anything you’ve ever wanted. Picture it. While the female is groaning and her male partner is pleading – “Darling, darling, what can I do for you?” … For me a new car, new carpet and a holiday in Hawaii proved an incredibly effective pain relief. Aloah!