YOU’RE probably bored of bring told about how Manchester City and Liverpool are so far ahead of every other team in the world.

But it’s true, both Pep Guardiola and Jurgen Klopp head up incredibly strong squads and while Chelsea, Villarreal and Real Madrid will hope to upset the apple cart, it’s likely the FA Cup, Premier League and Champions League will all ultimately be won by either City or the Reds in the coming weeks.

With so much talent available to the two world-class coaches, constructing a combined XI is no easy task – fortunately we have Dream Team points as a guide.

Before we dive in, it’s worth noting we have decided to be strict about positions in an attempt to create an XI that would work in reality, with 4-3-3 being the chosen formation.

So while Raheem Sterling (£4.8m) is categorised as a midfielder in Dream Team, we all know he would only ever play in an advanced position in a 4-3-3 set-up – Guardiola’s overthinking aside. 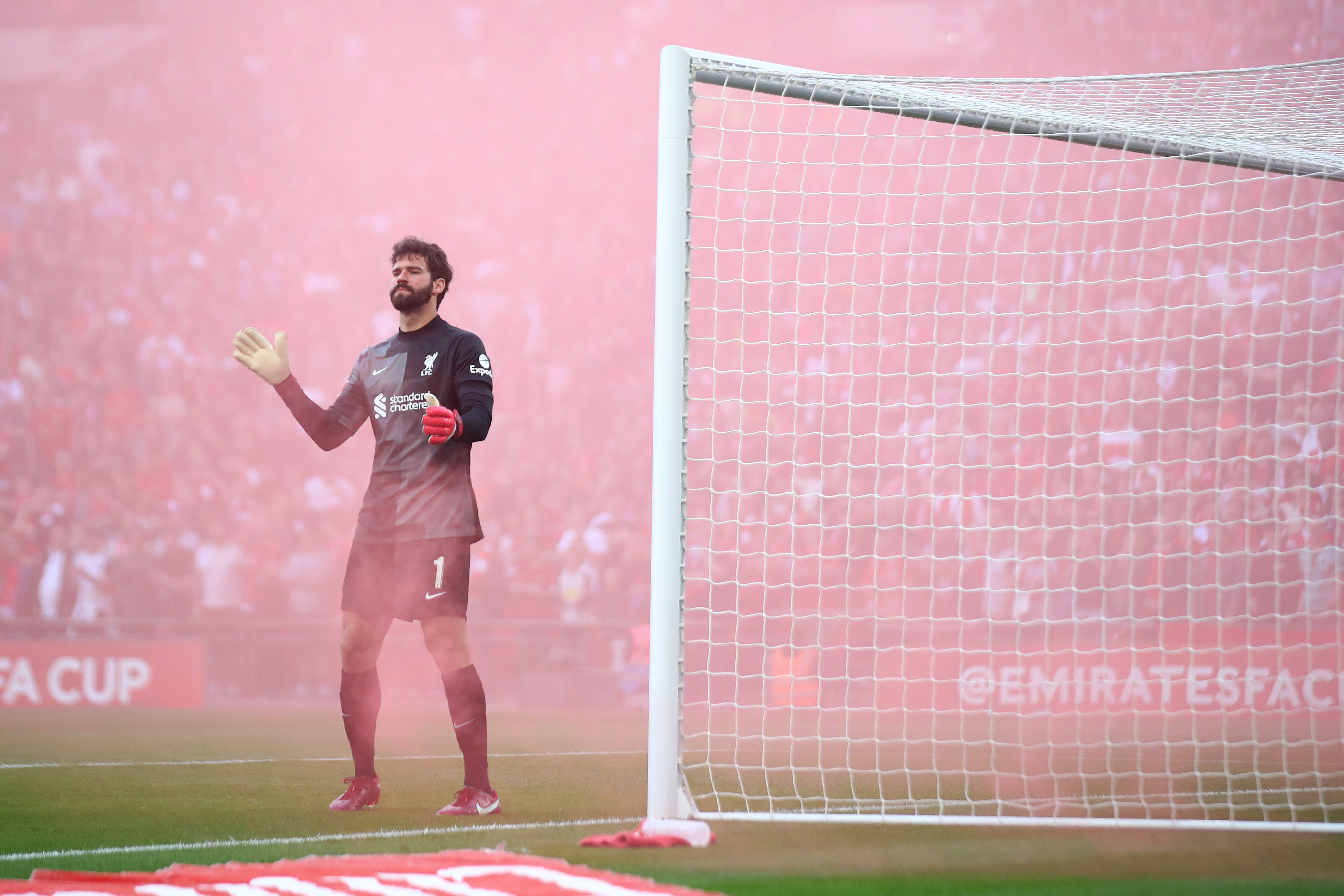 Ederson’s (£4.8m) importance was strikingly obvious on Saturday when Zack Steffen (£1.4m) made a hash of a similar situation the Brazilian had calmly negotiated the previous week.

City’s first-choice custodian is both the most-expensive and most-popular asset in his position but Liverpool’s No1 holds the crown in the metric that matters most, points.

Alisson has 149 points to his name, 17 more than his compatriot at this stage.

As Dream Team’s outright best defender with 248 points, Anfield’s homegrown hero is one of the first names on the team sheet in an exercise such as this.

His direct opponent, Kyle Walker (£3.9m), is a long, long way behind on 88 points with the main reason for this being the difference in attacking output.

Alexander-Arnold is the Premier League’s leading assist-provider (12) at the time of writing whereas City’s right-back has created just two goals in the top flight this term.

If you’re yelling something along the lines of “WHAT ABOUT JOAO CANCELO?!?!?!” – patience. 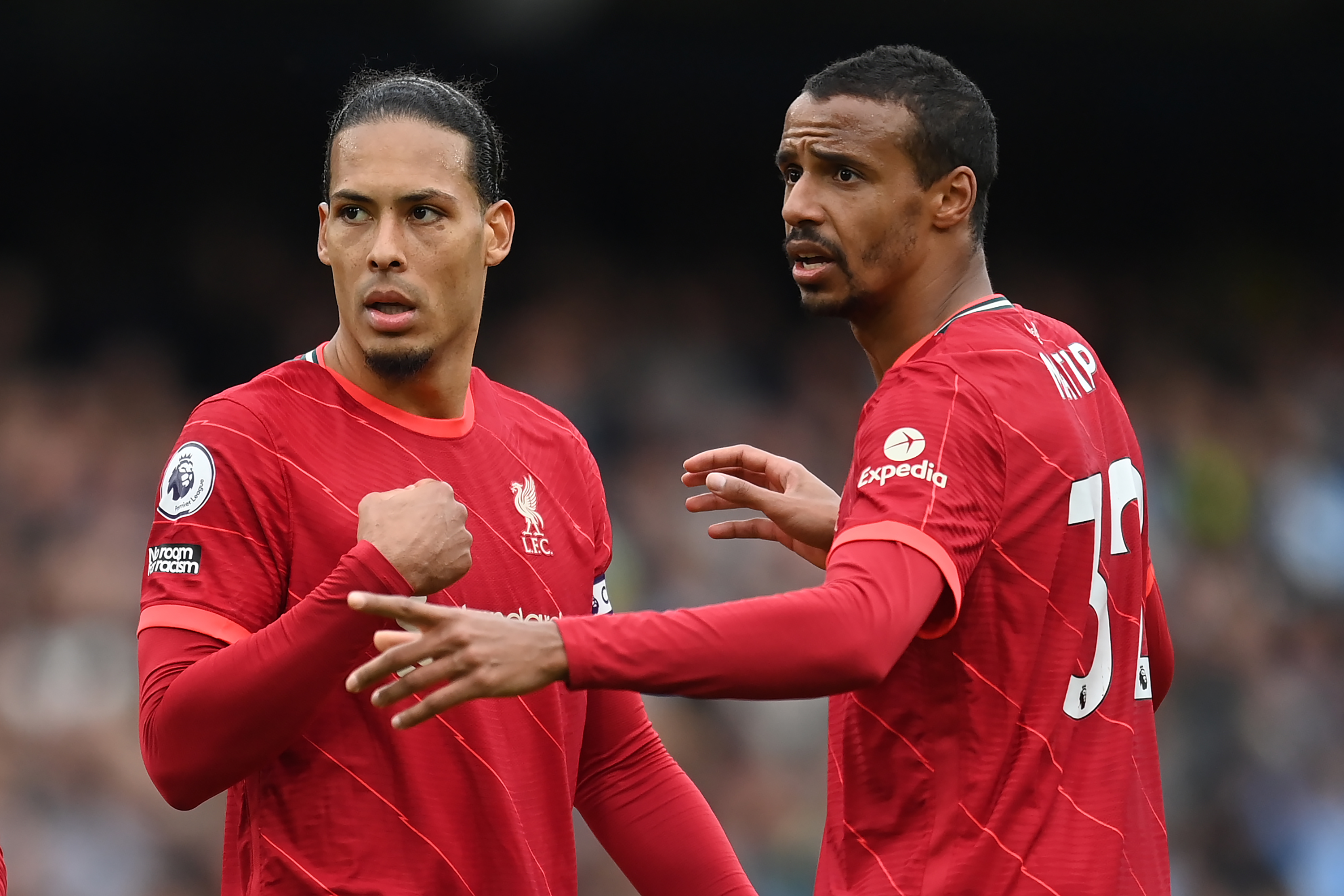 Aymeric Laporte (£5.6m) has provided healthy returns in recent weeks and John Stones’ (£5.9m) personal form has been exemplary since Ruben Dias (£4.5m) was sidelined with injury but the heart of our defence belongs to Liverpool.

The imperious Dutchman is the only centre-back with 200+ points to his name (214 to be precise) at this stage of the campaign having racked up 7+ ratings for fun alongside a steady stream of clean sheets.

His Cameroonian team-mate has shared duties with the impressive Ibrahima Konate (£4.8m) but he’s amassed his points a rate of 4.7-per-game, besting Thiago Silva (£5.0m) and Antonio Rudiger (£4.8m) in the metric, to bank 172 overall – 27 more than Laporte who is City’s most productive centre-back.

City are on the board and in emphatic style.

The Portugal international has been immense all season long, effectively playing as an auxiliary midfielder where he’s dictated games to an extent beyond the capabilities of 99.9% of other full-backs.

No player has earned more 7+ ratings than Cancelo this season – add in nine assists, three goals, the occasional Star Man award and a whole heap clean sheets and you arrive at a gargantuan points tally of 246.

Andy Robertson (£5.8m) can count himself rather unlucky here as his total of 189 points is superior to that of Matip but he’s in direct competition with Cancelo and was therefore behind the eight ball from the get-go. 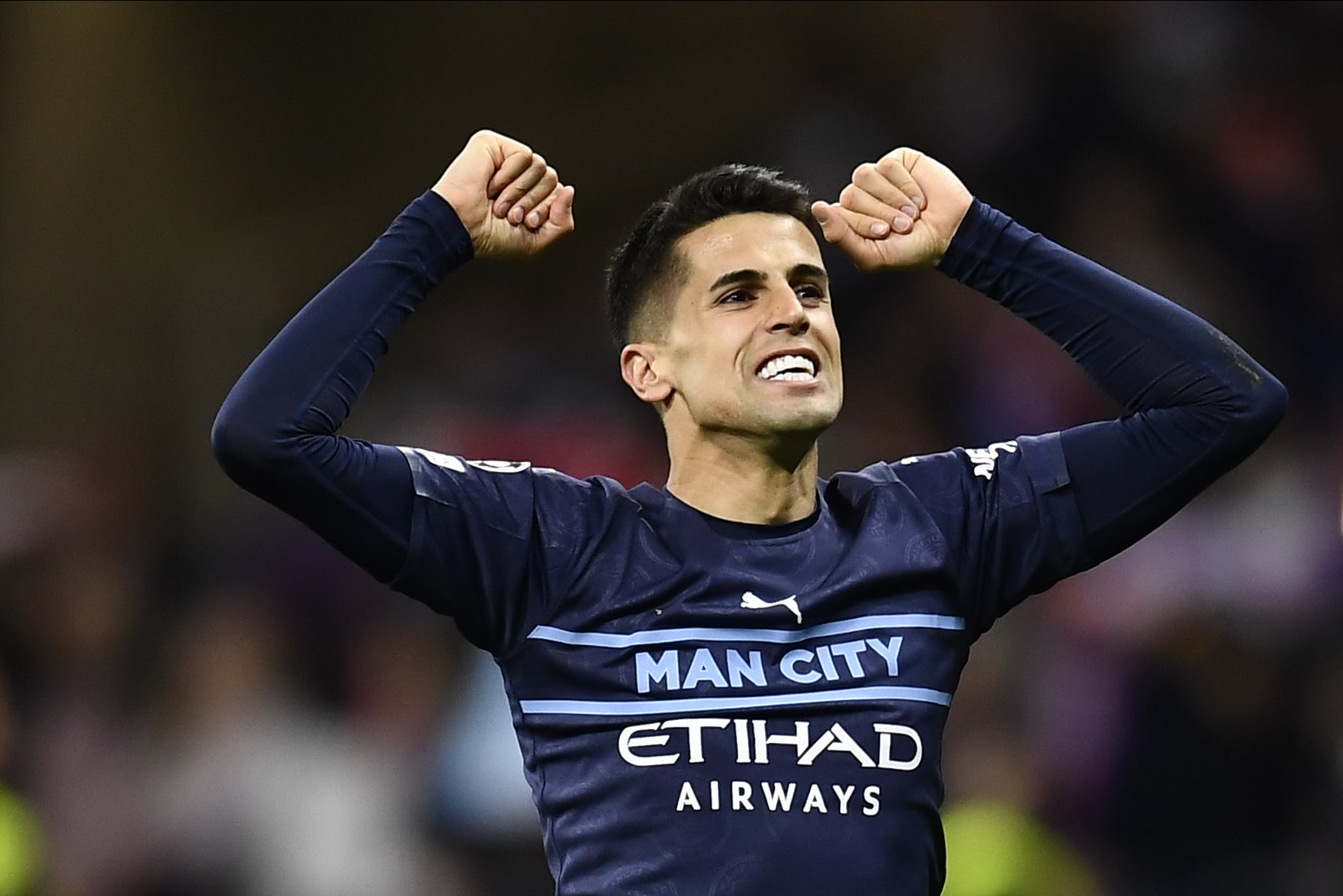 Potential controversy here as it all depends on whether you consider Ilkay Gundogan (£4.8m) eligible for this specialist position.

The German passmaster’s total of 131 points puts him above Fabinho in the rankings but we’ve discounted him because he nearly always plays as one of the two more advanced midfielders in City’s system these days.

According to our sources (WhoScored), Gundogan has only started as the deepest-lying midfielder twice this season which doesn’t meet our imagined threshold.

And so Liverpool’s Brazilian spoiler gets the nod by virtue of an 11-point lead over Rodri (£3.6m).

Fabinho was his club’s designated penalty-taker in Mohamed Salah’s (£7.4m) absence during the Africa Cup of Nations and is consequently enjoying his best season (in terms of goals) in a Liverpool shirt so far having bagged seven in all competitions.

Such is City’s dominance of midfield in the realm of Dream Team that the two advanced roles go to Etihad residents even when we discount Riyad Mahrez (£6.8m) and Sterling on practical grounds.

The brilliant Belgian’s usual supply of assists has dried up in relative terms this season but he’s compensated with 14 goals in all competitions, many of them Goal of the Month contenders.

With 179 points, De Bruyne is the third-best midfield asset right now with the unerringly consistent Bernardo 29 points further back in seventh. 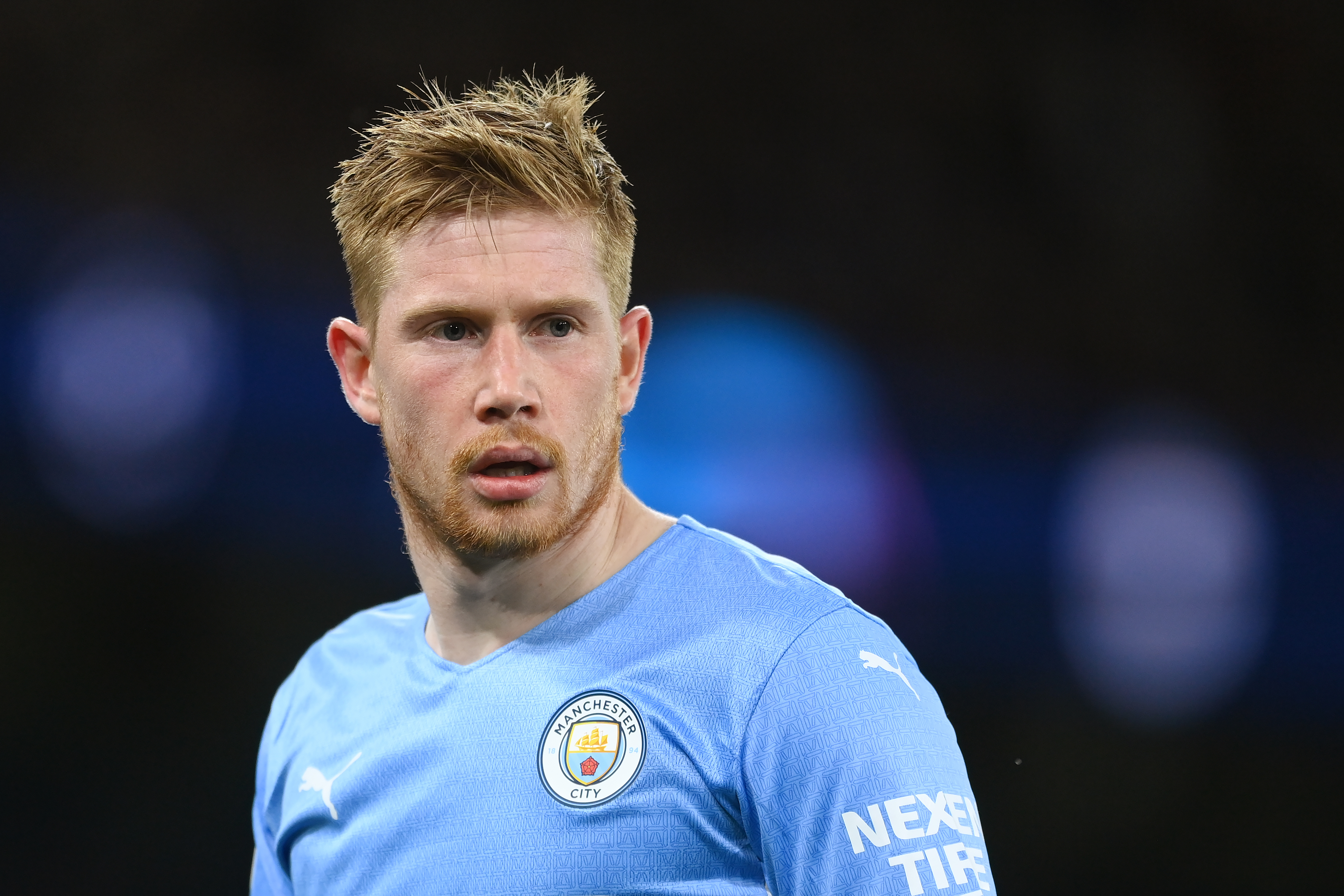 Liverpool’s prolific Egyptian is a shoo-in as Dream Team’s outright top points scorer (288) despite a scoring drought (by his standards) in recent weeks.

Both Sterling (161 points) and Sadio Mane (£4.4m, 166 points) would have been worthy of a space on the opposite flank but City’s Algerian winger swoops in as the only midfielder to have passed the 200-point mark this season.

2021/22 is already Mahrez’s best-ever season as a goalscorer having netted 22 times in all competitions – an incredible tally when you consider he’s started just 12 league games.

One feature of Man City’s tactical approach over the last 18 months is that they play without a recognised centre-forward most of the time, at least in the sense of an old-school poacher.

Gabriel Jesus (£4.4m) is the only player categorised as a forward among their ranks but even if we add in Phil Foden (£5.5m), Sterling, and everyone else who has nominally fulfilled the false nine role in Guardiola’s system, Liverpool’s No20 still comes out on top.

Jota has scored 21 goals for the Reds in all competitions this term, many of them decisive, and has consequently amassed 214 points – only Harry Kane (£7.7m) and Salah have more among all forwards. 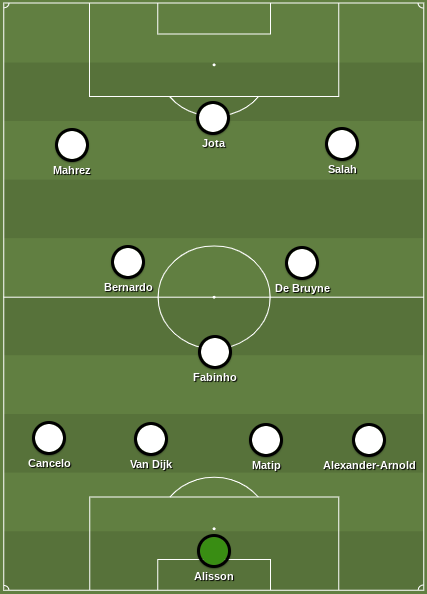 And so we have arrived at a frighteningly good XI that would, quite frankly, win every trophy available at a canter. 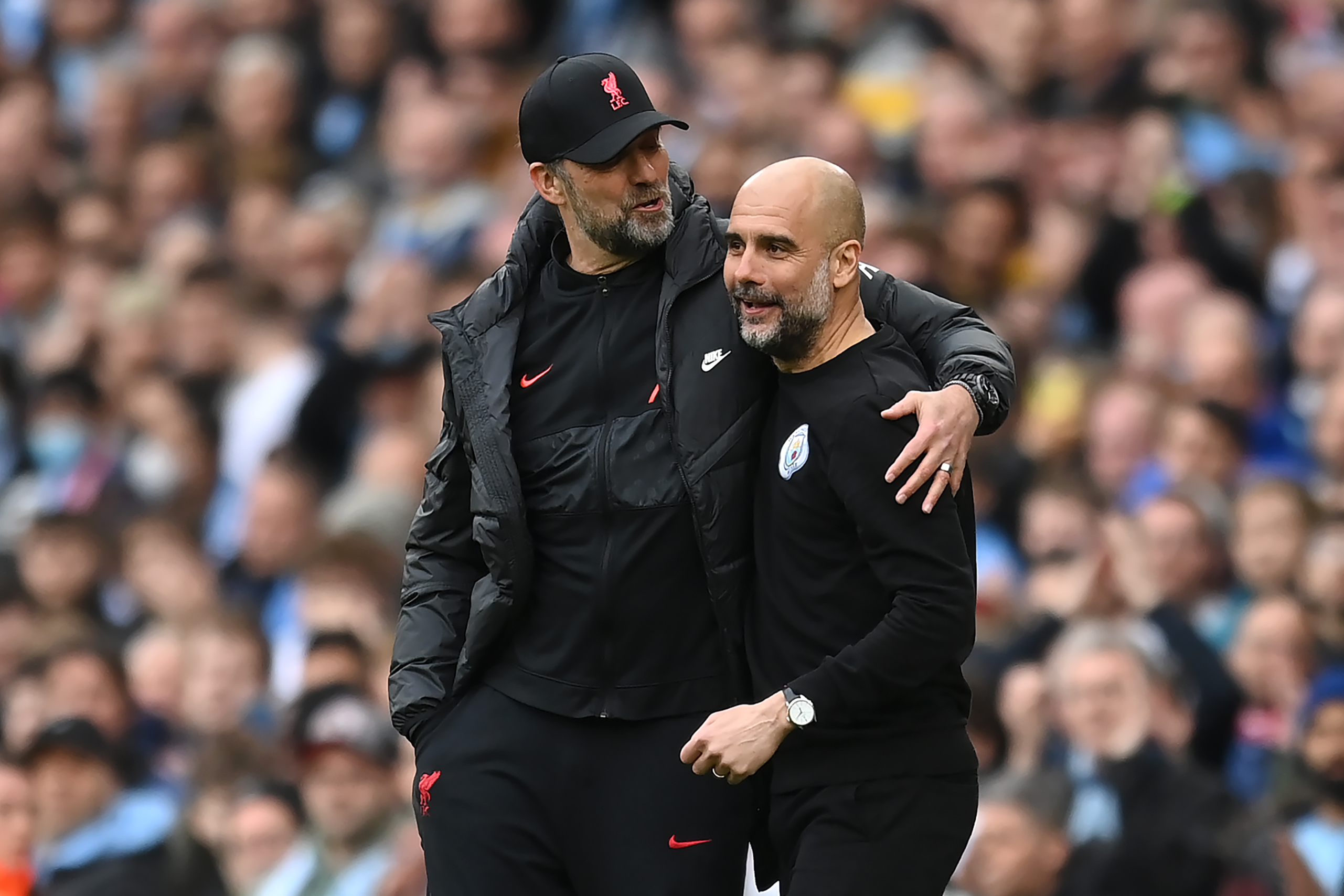