An amateur chef has created a Big Mac-style pizza using $18 worth of ingredients he purchased from McDonald’s.

Ryan Parkins, who lives in America, shared a recipe video on his TikTok illustrating exactly how he pieced together the epic concoction, which featured lettuce, meat patties, cheese, pickles and Big Mac sauce.

‘Gordon Ramsay would be turning in his grave,’ Ryan captioned the video, despite the famous English chef still being alive. 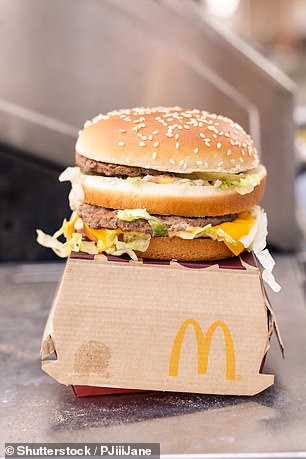 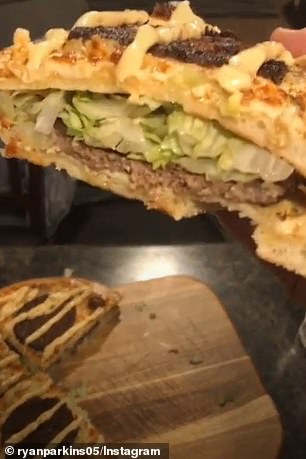 Ryan Parkins, who lives in America, shared a recipe video on his TikTok illustrating exactly how he pieced together the epic concoction, which featured lettuce, meat patties, cheese, pickles and Big Mac sauce

He visited a McDonald’s to ask the cashier for the Big Mac ingredients, saying: ‘I know this sounds weird but can I get 10 patties, a cup of Mac sauce, a cup of lettuce and a cup of pickles?’

The staff agreed to give him eight patties and he set off on his way to create his meal.

Then he fashioned two servings of pizza dough made from water, yeast, flour and oil, and flattened it into two circles, before adding the Big Mac sauce, cheese and patties on top and cooking it in an oven.

When it was cooked he sprinkled on some pickles, and lettuce before placing one of the pizza bases over the other, resembling a sandwich.

He cut the giant pizza into four equal segments before picking one slice up to take a bite.

The traditional Big Mac has two layers of bun and two patties, making it one of the restaurants most popular burgers.

His followers were excited by the finished product, saying it ‘looked amazing’ and probably ‘tasted even better’.

How do you make the Big Mac pizza?

* Water, yeast, flour and oil for the pizza dough

* One cup of pickles

* One cup of Big Mac sauce

* One cup of grated cheese

* One cup of lettuce

1. Make the pizza dough. Pour the Big Mac sauce on top and spread it out. Sprinkle over cheese and place four patties on each pizza base.

2. Cook in the oven until the base has hardened and remove.

3. Pour over pickles, lettuce and stack one base on the other.

4. Section into four and enjoy. 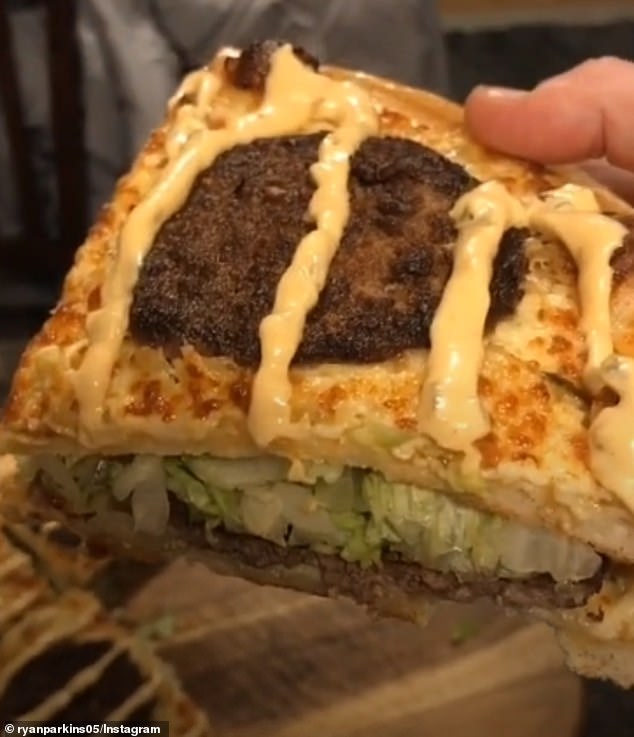 ‘I never realised I needed something more in my life than this,’ one person said

‘I never realised I needed something more in my life than this,’ one person said.

‘I want to try this so badly even though it’s probably going to give me a heart attack,’ said another.

Ryan said McDonald’s were very accommodating to his abstract order and only charged him USD$13, which is equivalent to approximately $18 in Australia.