Prince Harry and Meghan Markle, Duke and Duchess of Sussex, have a love story millions around the world have followed. Before Americans woke up before the sun to watch their May 2018 wedding live, they tuned in to Harry & Meghan: A Royal Romance, Lifetime’s TV movie about their relationship. The couple haven’t even celebrated their first anniversary yet, but with a baby on the way and their charity work thriving, a lot has happened since Harry and Meghan tied the knot. In case anyone is living under a rock and doesn’t know how married life is treating them, a Harry & Meghan Lifetime sequel is coming. But before you start planning a viewing party, you need to know that the movie will have a noticeably different look than the first one.

People never expect cinematic genius from Lifetime movies, but the first Harry & Meghan movie provided exactly what it promised. We got the basic facts of how the couple got together on top of dramatic retellings of the obstacles they faced before their engagement. With lookalikes Parisa Fitz-Henley and Murray Fraser in the title roles, the movie was a sweet and frothy bonus to the celebration of the royal wedding. All we needed to make A Royal Romance even more adorable was confirmation that the actual Harry and Meghan watched it in their pajamas on their honeymoon.

But given the tabloid rumors about how Meghan has struggled in adapting to royal status, life since her wedding has been packed with unflattering gossip that the Duchess manages to rise above each time. Meghan has definitely had a tricky adjustment to her new life, and Lifetime has decided to focus on that transition in its upcoming sequel, tentatively titled Harry & Meghan: Becoming Royal.

TVLine reported that Lifetime’s description of the project reads: 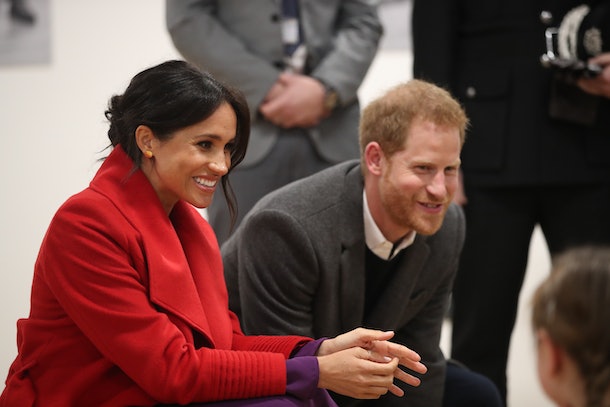 As for why the movie will be different from A Royal Romance, Fitz-Henley and Fraser are both unavailable for the production, which begins later this month in Toronto. Lifetime has announced plans to recast the leads, which is a bit of a bummer. Can you really strike gold twice when it comes to casting one of the world’s most famous couples?

It’s still unclear whether Burgess Abernethy and Laura Mitchell, who played Prince William and Kate Middleton, will return to their roles in the new movie. Rumors of feuding between the brothers and their wives have dominated the internet in the past year, so William and Kate playing a key part in the sequel seems inevitable. Meghan’s pregnancy will likely become a major storyline as well, and seeing as the movie is slated for a spring premiere, maybe Baby Sussex will have arrived by the time Lifetime releases Becoming Royal.

It’s going to be weird seeing a brand new Meghan and Harry on our screens, but fingers crossed that this sequel is just as romantic as the first.