Weddings today aren’t quite like they used to be. For the most part, yes: Modern weddings borrow protocols, ceremonial structures, and customs dating back hundreds (sometimes, thousands) of years. But there are all sorts of fresh twists people are putting on getting legally boo’d up, and one of those is the choice to have a gender-neutral wedding party. Traditionally, people assign bridesmaids to the bride and groomsmen to the groom. But who says that this has to be the case? Often, the leap to rejecting gender binaries isn’t so big, because one or both of the nearlyweds are queer, genderqueer, or non-binary. But as wedding planner Sarah Pete Rizzi, owner of Sincerely Pete Events, points out, "A lot of my opposite-sex couples also have mixed-gender wedding parties."

How did you decide on a gender-neutral wedding party? 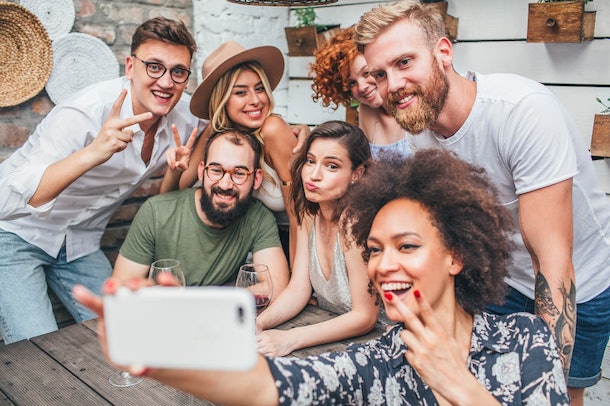 For most, it’s never a conscious decision to mix things up or fly in the face heteronormativity. It’s just a matter of who the couples’ friends were. Ashtyn Worsham, who is getting married in May and has a best man, says, "I didn’t really think about it. I just asked my two best friends to stand by me when I got married. I didn’t think their gender mattered."

Similarly, Ayden Khan, who got engaged in 2018 and is currently planning his wedding, says he has a "best wo-man" because his best friend just happens to be a woman. "The rest of my party is one girl — who happens to be gay — and two guys — one of which also happens to be gay! I’ve always had friends of all genders, so it was a natural decision."

Cynthia Houston*, who is getting married in September 2020, says, "We [Cynthia and her partner, Ryan] looked at our closest friends who we wanted to stand up next to us, and they didn’t conform to the traditional groomsmen and bridesmaid standards. It felt wrong to exclude someone or to have them on the other spouse’s side because of something arbitrary and dated."

What terms do people use in gender-neutral wedding parties? 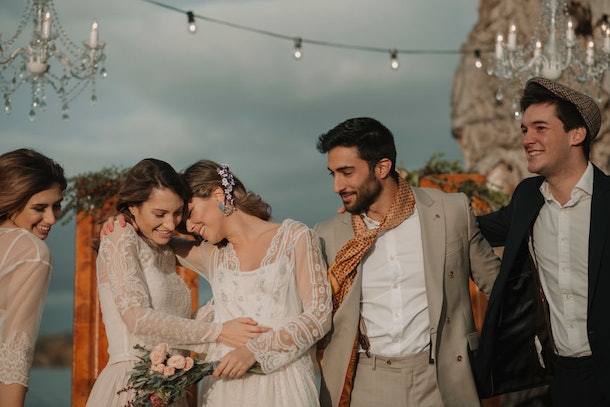 The names people come up with as alternatives to "bridesmaids" and "groomsmen" are few and far in-between — and the best part of having a gender-neutral wedding party, next to having all your ride-or-dies by your side. "Bridesmate," "man of honor," and "groomsmaid" are all solid substitutes, according to Courtney Tibbets, wedding planner and "facilitator of fun" for After the Engagement. There’s also the genderqueer-friendly "broomsmen" and "broomsmaid" — "broom" being a mashup of bride and groom — that Kirsten Ott Palladino, co-founder and editorial director LGBTQ+ wedding resource Equally Wed, has seen in use.

Sometimes, even the wedding parties themselves get a revamp. Tibbets has seen bridal parties get the gender-neutral treatment with "entourage." Palladino has heard of "wedding crews," "’I Do’ crews," and simply "party people." Still, it’s important to note that some couples specifically don’t opt for a newfangled or distinct names for their wedding party attendants. "I think when you try to come up with new terms that are specifically used for LGBTQ / same-sex weddings, some of those folks feel like a barrier is being created when most people just want to have a wedding like anyone else," Rizzi says.

What do people wear? 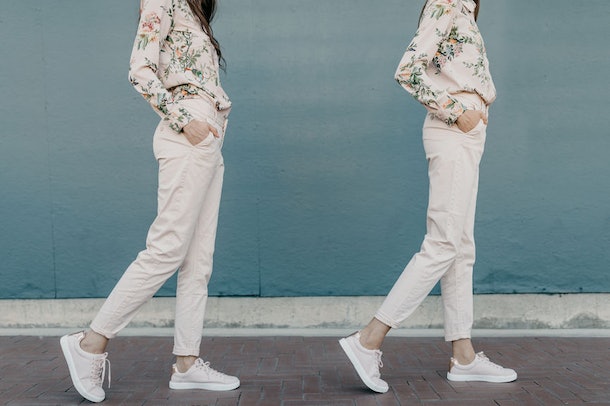 Gendered wedding parties typically have coordinating suits or dresses, but the dress code can be a bit more free for gender-neutral wedding parties. Tibbets says that in general, she’s seen more couples just let their parties chose their own clothes — so long as the garments fit the color scheme. Or everyone will match, and they’ll have slightly different ties or boutonnieres. When it comes to mixed-gender parties, Tibbets has seen instances of groomsmaids simply matching bridesmaids and the like. Going a step further, Palladino says that couples with gender-neutral wedding parties often give guidance along the lines of, "Wear the style of attire most suited for [your] comfort level and appropriate alignment with [your] gender identity and gender expression, so long as the dress code is honored."

Khan explains that one of the women on his side might be wearing tuxes to match the men. Likewise, both Worsham’s best man and one of her best friends who is a lesbian will both be wearing a shirt and pants. "I’m letting them wear what they’re comfortable in," Worsham says. Houston says, "The individual members can pick what they’d like to wear. We’ll also give them the option to pick a bouquet, boutonniere, or corsage."

In some cases, wedding attendants match outfits based on their gender identity and expression — instead of whose wedding party they’re in. Anna Winton, who got married in 2018, explains that her spouse Cil had two women and four men in their wedding party. Anna just had women in her wedding party. "Of course, all of our attendants had the option to wear either a dress or a suit," Winton explains. "Everyone choose the traditional route and all five of my ladies — plus the two on Cil’s side — wore bridesmaids dresses in the same gray, same brand and floor length, but chose their own style. The boys wore cobalt blue suits to match Cil. They looked amazing!"

If you’re looking for worthy wedding attire, ASOS Men and ASOS Women have a variety of chic, fun suits — from classic, clean lines to pastel pink with stripes, checked patterns, colorful velvet, and bold floral prints — so that you can live your best Harry Styles life. Wildfang is another great choice when it comes to suits for people with breasts and curvier hips. If the ceremony you’re attending is a bit less formal, Wildfang also sells cute button-downs (in plus and petite sizes!). Luckily, you don’t have to look far these days to have a glorious Janelle Monáe or Ellen Page moment for your bestie’s wedding.

How do people split up wedding duties and festivities? 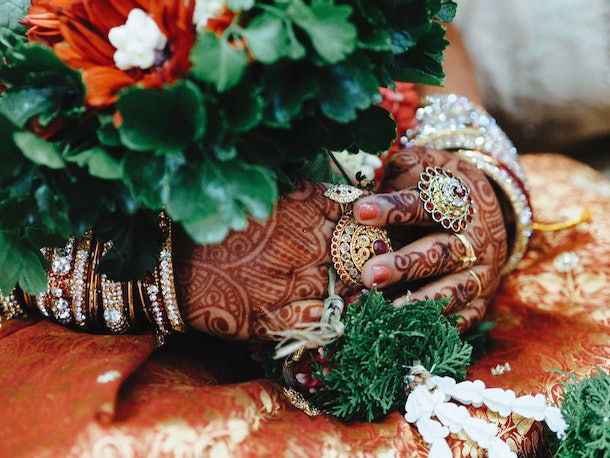 "My recommendations are to not overthink gender roles in terms of the wedding party. Wedding rules are over," Tibbets says. "Do what works for you!" If you have a mixed-gender wedding party, what you need to do is just chat with everyone and see who is up to coordinating which wedding task. Khan, for example, is treating his best wo-man no differently than if he had a best man. "Really. the main duties that are important to me are planning the bachelor party, going shopping with me for tuxes and anything else I may need, and a best man speech. My best wo-man can and will do all of these things," Khan says. "Her gender does not change that."

In her nine years of running Equally Wed, Palladino has seen a switch-up in how couples handle splitting up wedding tasks. Palladino says some couples plan their group activities based on their wedding party’s interests and personalities, not necessarily according to which traditions have been historically assigned to which genders. One consistent thing Palladino sees is that the honor attendant does get tasked with the bulk of the work: holding bouquets, wrangling the rest of the party for attire shopping, giving a toast and often, organizing an after-party.

In her role as Sincerely Pete’s lead planner, Rizzi has seen both queer and straight couples combine wedding duties and events — including combined getaways or "bach" parties. Houston, whose partner has a woman in his wedding party, isn’t looking to completely combine her wedding party’s festivities with her spouse’s. But she is considering inviting the woman in her fiancé’s party to join in on some of her bridal events. "One thing that really tripped me up was what to do about the bridal shower," Houston says. "[The woman in her fiancé’s party and I] are friends and hang out on our own, but she’s closer to my fiancé. I want to extend the invitation with the understanding that I know it’s not her thing, but I also don’t want to single her out among the groom’s attendants. I haven’t quite decided what’s best to do yet."

And that may be a good part of getting your wedding party together if you opt for a mixed-gender party: Not quite knowing what to do and working your way through it. But you probably won’t regret it. Winton says it’s crucial not to let gender roles prevent you from having your best possible wedding. "Realize that if you choose right, your attendants on both sides will be there together, loving and supporting you and your spouse as a whole team. Not as one side or another," Winton says. "This is the family you choose and they will be a part of this forever."

The bottom line is, yes, there will be some aspects of a gender-neutral wedding party that will be different than tradition and custom — and that might take some brainstorming and troubleshooting, and extra time and effort. But the best part is: If you do pick groomsmaids or bridesmen or a man of honor for your wedding party, you’ll have all the people you’d want or need at your side to figure it all out.