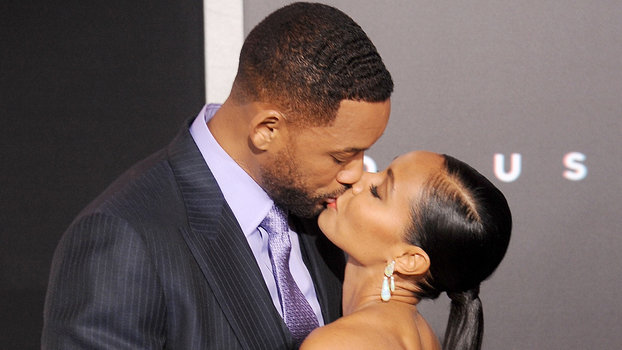 Scroll below for all dirty details. Warning: Number three may make you blush.

On Those Rumors About Being Swingers…

In 2017, Jada addressed rumors that her and Will were swingers during an episode Watch What Happens Live with Andy Cohen. While she dispelled the gossip, Pinkett Smith jokingly said she wouldn’t mind if it were true. “I’m like, ‘Yo, I wish. I wish!’” she told Cohen.

After more than 20 years of marriage, Pinkett Smith understands the importance of switching things up with your partner, which includes having sex whenever the mood strikes. “Keep it spontaneous. I surprise him. He’s a thinker,” Jada told Oprah Winfrey of Will in 2010, according to The Daily Telegraph. “He’s always thinking. I just, I always surprise him…”

She continued: “During the day I might send a sexy picture of some sort …If he’s on set with me, we might take a break.”

While grapefruiting may have become famous from the hit movie Girls Trip, in which Jada stars, she claims Will taught her about the practice a decade ago. “You know that technique has been around for a while. It has been around for a minute,” the actress told the hosts of Australian morning show Sunrise. “And Will was the first one to tell me about it years ago ― ten years ago. And I was like, ‘Are you trying to tell me something?’” If it works for Jada and Will…

Will Smiith in a tuxedo and Jada Pinkett Smith in Romona Keveza.

Moving It Outside the Bedroom

The possibility of getting caught can be a turn on, at least for Jada Pinkett Smith. During an interview for Redbook in 2009, Jada revealed that she and Will don’t keep their intimate moments confined to the bedroom.

“Be sneaky…your girlfriend’s house at a party. The bathroom. A bedroom. Think of places outside that are comfortable to have sex,” the mom of two said, adding: “Does he have access to his office? Have a fantasy date. Be his secretary! Pull over on the side of the road…Just switch it up.”

Jada took her own advice. A year later, the couple got it on in their limo on the way to 2010 Oscars. “Will started looking at me in this way that drives me wild,” she shared with Shape. “We started kissing passionately, and the next thing I knew, well, let’s just say we missed the red carpet and I ended up with almost no makeup on.”

“It’s kind of a nice voyeuristic way to see your man, but I am kind of weird in that way,” she told reporters at the red carpet premiere for her hubby’s movie Focus. Will added: “What can we say? Lady likes to watch.”