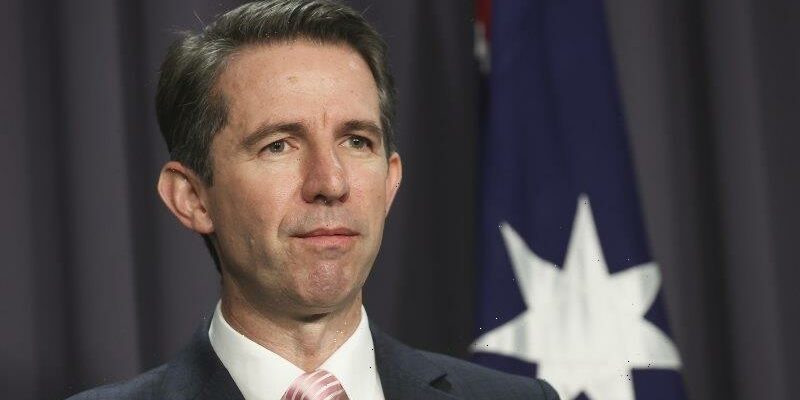 The economic recovery has added $20 billion to budget forecasts by driving federal payments down by the biggest amount in five decades, clearing room for an election pitch that offers help to households to deal with the rising cost of living.

The gain to the bottom line will underpin a federal budget on Tuesday night that also promises spending on health, hospitals, aged care, mental health, schools, transport and infrastructure. 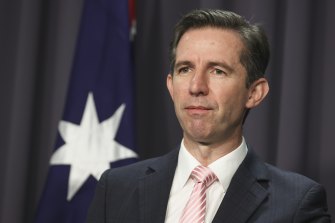 Finance Minister Simon Birmingham said the lower forecast for government payments was due to the stronger economic recovery as well as the planned withdrawal of emergency COVID-19 assistance.Credit:Alex Ellinghausen

With the economy bouncing back from coronavirus pandemic restrictions, the budget will show a historic decline in total payments without the need for spending cuts to core services.

“The budget on Tuesday will see the government realise the biggest fall in payments in more than 50 years of records – a drop in payments approaching $20 billion,” Finance Minister Simon Birmingham said.

Speaking in an interview on Friday, he said the lower forecast for government payments was due to the stronger economic recovery as well as the planned withdrawal of emergency COVID-19 assistance.

The impact will add to the dramatic increase in tax revenue from rising commodity prices – especially for coal and iron ore – to improve the underlying cash balance and enable the government to promise new spending measures without deeper deficits.

One option is a $250 payment for millions of pensioners to help with rising costs, a measure widely reported but which Senator Birmingham declined to confirm.

In a separate spending measure, Prime Minister Scott Morrison will promise $52.3 million to Lifeline Australia on Saturday to allow it to increase its capacity to about 1 million support calls and texts each year. This follows the pledge on Friday of $58 million for endometriosis, a disease affecting about 800,000 women.

“We are managing to bring the level of government payments down without anything other than increased investment in health and hospitals, in aged care and mental health, in schools, in education, in transport and infrastructure,” Senator Birmingham said.

“We continue to deliver on growing needs across all those key areas of services, but, crucially, what we did was ensure that the temporary supports to households, businesses, the health system, vaccine delivery and the like are kept as temporary measures.

“So they are able to come off as we had scheduled them to do.”

The fall in total payments from 2020-21 to 2021-22 is not the first time this has occurred, given shocks to the economy in the past, but is a rare event and is more substantial this year than at any time since the 1970s.

In the year before the pandemic, general government sector payments rose from $452.7 billion to $478.1 billion across programs ranging from the age pension to defence, health, education, income support and all other services.

The contraction of around $20 billion in the year ahead reveals the scale of the emergency spending over the past two years and the speed of its withdrawal under a government decision to keep the spending temporary.

“We have managed to turn on the tap when required and turn off the tap when appropriate,” Senator Birmingham said.

“The historic mistakes governments have made has been to provide emergency responses that have had lasting negative budgetary implications.

“What we’ve managed to achieve are emergency responses that kept our economy strong and saved jobs but have minimised the trail and legacy into future budgets.”

Labor treasury spokesman Jim Chalmers is preparing for a fight over the quality rather than quantity of new spending by arguing that government “slush funds” will be used in the budget in a way that seeks to sway voters but wastes money.

“I think that there is a case to be made that we could get more quality spending in the budget,” he said on Thursday.

“It’s not just the quantity that matters, it’s the quality too, to get real bang for buck, and we want to reorient the budget along those lines.

“We’re not saying that you can’t support local communities or support local projects, what we’re saying is Australians need and deserve a better process to make those decisions, so there’s an economic benefit and a community benefit not just a political benefit.”

Coming soon: Essential news, views and analysis that cut to the chase of the federal election campaign. Sign up to our Australia Votes 2022 newsletter here.