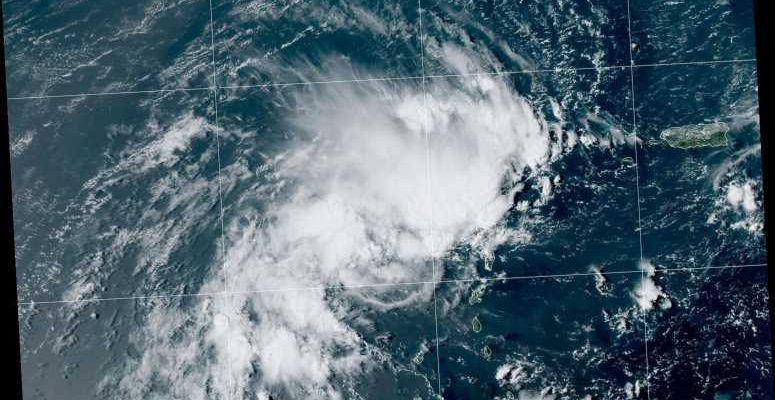 A pair of fast-growing storms are headed for the United States coastline, but not before they dump several inches of rain in Mexico, Honduras, Puerto Rico and other countries and territories.

The center of Tropical Storm Laura, which has maximum sustained winds around 45 mph, is expected to move over portions of the Leeward Islands later on Friday, and make landfall in Puerto Rico on Saturday morning, the National Hurricane Center said in a public advisory.

A tropical storm warning is also in effect for the northern coast of the Dominican Republic, the Virgin Islands, St. Maarten, Antigua, Barbuda, St. Kitts and more.

Laura is expected to hit the Texas and Louisiana coastline as a possible Category 1 hurricane by Tuesday, with winds of around 75 mph, according to ABC News.

Before it comes to the U.S., however, Laura is expected to drop between three and six inches of rain over the Virgin Islands, the Dominican Republic, Haiti and Puerto Rico, putting the territory at risk of mudslides and minor river flowing, the National Hurricane Center said. A maximum of eight inches is possible.

Meanwhile, Tropical Depression Fourteen is currently headed away from the coast of Honduras, prompting a hurricane watch in parts of Mexico including Cancun and Punta Herrero, according to the National Hurricane Center.

The storm, which has maximum sustained winds around 35 mph, is headed northwest, and is expected to pick up speed by Sunday and Monday after likely becoming a tropical storm by end of day Friday or early Saturday.

According to ABC News, the storm could make landfall in the U.S. around the same time as Laura early next week, which would be the first time since 1959 that two tropical cyclones hit the Gulf of Mexico at the same time.

The outlet reported that the current tropical depression could potentially strengthen into a Category 1 hurricane thanks to the Gulf’s warm water as it heads for the Alabama coastline.