2 Chainz cares about more than just his own gems.

The “We Own It” rapper, who headlined Preakness LIVE with D-Nice and Major Lazer as part of the thoroughbred race this past Saturday, took time to brush up on the history of the Woodlawn Vase, the most expensive trophy in sports.

Chainz — whose show “Most Expensivest” is about the finer things — was seen before his performance learning about the Tiffany-crafted prize, created in 1860 and worth a whopping $4 million.

We’re told 2 Chainz had a conversation with Brittany Luberda, of the Baltimore Museum of Art, which is the home of the original trophy. Each year it’s taken from the museum to the Preakness Stakes by the Maryland National Guard.

The rapper later performed for the event. His set also streamed on Instagram, with Sharon Stone and Timbaland popping into the online room. 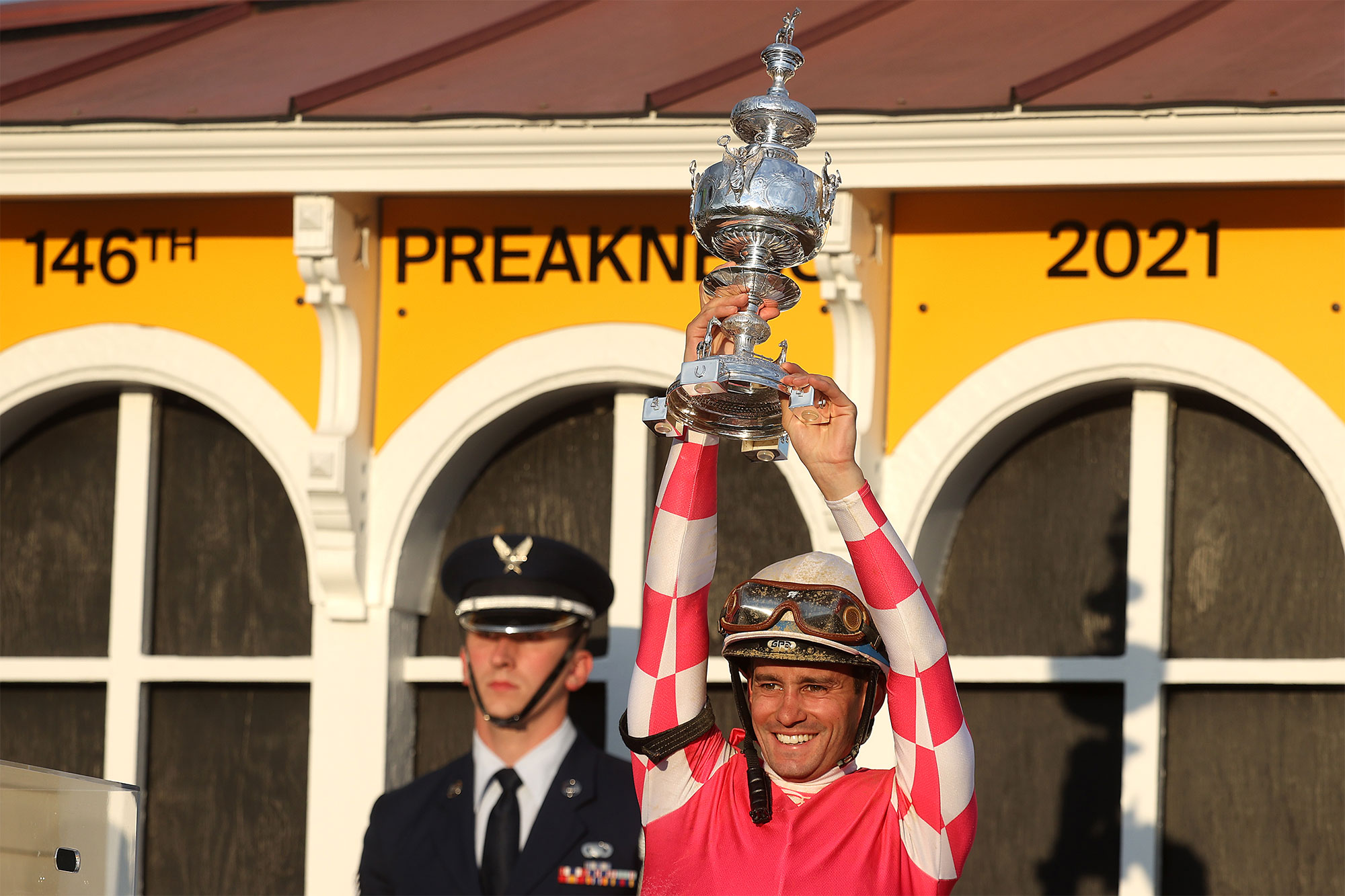 2 Chainz is known for his love of luxury. Just a few weeks ago, he had a bling-off with Bell Thorne backstage at the Trillerfest concert in Miami, Fla.

A source told us that “Midnight Sun” actress and OnlyFans star Thorne showed off two Rolexes to Chainz, 43, who responded by revealing a wrist-full of diamond bracelets, plus a a diamond watch, and a ring. “That’s what I’m really talking about,” an impressed Thorne was overheard saying.

2 Chainz is known for his extensive jewelry collection, telling GQ in 2019, “Jewelry means an awful lot to me. I obviously came in the game with the moniker of 2 Chainz. And, I’ve been caught wearing more than 2 chains on several occasions.”