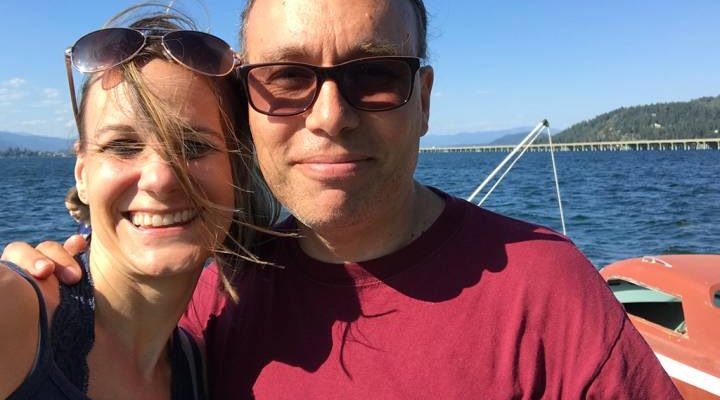 Many families have unique dynamics, but one U.S. mother has a story unlike most.

In 2005, Jessica Share used an anonymous sperm donor to conceive a child with her then-wife. After the birth of their daughter Alice, the couple used the same sperm donor for their second child, born 18 months after their first.

But their marriage didn’t last, and now, Share is in a romantic relationship with her children’s biological father — a man she connected with 11 years after giving birth to Alice.

“It was insane to meet someone who shares so many similarities with my children,” Share told Global News of meeting her sperm donor, Aaron Long, for the first time.

“At the same time, he’s not so much a twin to the girls that you’d even notice him if we’d been seated next to one another in the past decade.”

In an article published by the BBC, Share explains that she discovered Long was her children’s donor after Alice completed a DNA testing kit.

Share and her wife separated a few years after their second daughter was born, and after years of co-parenting, Share said her ex refused to return Alice’s sister following a vacation, and subsequently cut off all contact with both of them.

“Alice spends her days dreaming of the sister she was raised with and who she is afraid she will never see again,” Share wrote in her BBC essay. “Wanting to know what her genetic heritage was, Alice requested a DNA testing kit from her grandmother for Christmas when she was 11 years old.”

“The results came back about eight weeks later. I clicked on the DNA Relatives section of the site, not thinking anything would come of it. But the first thing I read was, ‘Aaron Long: 50%. Father.’ ‘Bryce Gallo: 25%. Half-brother’ was right behind.”

Share started searching for Long online, and managed to track down a man living in Seattle, WA., who fit the bill. After discovering school portraits of Long on a social media site, Share saw the resemblance in her daughters.

“There was no doubt. My daughters make that stupid face,” Share wrote.

Long replied to Share, and sent “a 50-page long life history” to her. The mother also reached out to Gallo, Alice’s listed half-brother, who told her that he discovered Madi, a 19-year-old half-sister, and that he knew of six children conceived from Long’s sperm.

Pretty soon, Share, Long, Gallo, Madi and Alice all agreed to meet — even though Share was initially hesitant about it.

“I tried to find parenting advice about such a thing and discovered there is relatively little,” she told Global News. “Most people who want to meet their unknown biological parents are adults. Very few children do it with their mom directing the whole thing.”

Still, Share took Alice to meet Long and her half-siblings.

“Aaron hosted a party to which he invited multiple housemates, friends from elementary school, high school, and college. All of his ex-girlfriends, and their new partners and children, were invited,” Share wrote of the meeting.

“They would all camp on the roof and celebrate meeting his biological children.”

While Share was dating another man at the time  — coincidentally also named Aaron — after they broke up, Share and Long formed a romantic bond.

“When my relationship with old Aaron ended, I found myself wondering if my children’s person could also be my person, and if Seattle was a place for us to land while we figured it out,” she wrote.

Despite developing feelings for Long, Share said she was concerned about becoming a couple. “It wasn’t starting a relationship with him that worried me; it was breaking up,” she explained.

“I felt I had no right to break up with him and hence really muddy the relationship my children could have with him for many years. It took some convincing that we could both navigate this like adults if [we broke up] before I was willing to be involved with Aaron.”

Now, Share and Alice live with Long in his Seattle home. Alice’s half-sister Madi recently moved in with them, too. Long’s aging mother also lives with the newly formed family.

It is estimated that Long has as many as 67 children conceived through sperm donation, and Share said she would welcome them into her life.

“We’ve even joined a Girl Scout troop with another of Aaron’s bio-kids who is the age of my youngest daughter and lives about an hour away,” wrote Share.

“It’s hard to tell if DNA played a role in our relationship. I know that I am attracted to Aaron for all the reasons that seemed wonderful when shopping for him in a sperm donor catalogue years ago.”