Spooky season is here. When Halloween comes around, some think of trick-or-treating, spooky season decorations and It’s the Great Pumpkin, Charlie Brown, but others go a tad darker, associating the holiday with bloody horror movies and jump-scares.

For many, the Halloween season starts on October 1 (or earlier), and the celebration lasts until the end of Halloween night itself — which is plenty of time to fit in as many frightening films as possible. During the spookiest month of the year, consider staying in some nights and flipping on a spooky flick starring serial killers, supernatural entities or infamous figures like Dracula, Michael Myers, Frankenstein and Casper the Friendly Ghost. (OK, maybe not that last one.)

There’s no time like the present to put all those Amazon Prime, Disney+, Hulu, HBOMax and Netflix subscriptions to good use. Who needs a Halloween party when you have a scary (or a not-so-terrifying) movie in your queue?

Whether you love sequels such as A Quiet Place Part II or classics like Winona Ryder’s Beetlejuice, there’s a scary — or at least spooky — film out there perfect for a Halloween movie marathon. Here’s a varied list of classic, modern and niche movies for you to catch this year:

Walt Disney popped this classic out in 1993, and some consider it the greatest Halloween movie of all time … but that could be the nostalgia talking.

Bette Midler, Sarah Jessica Parker and Kathy Najimy star as three witches who are accidentally resurrected by kids in Salem, Massachusetts, on Halloween. The teenagers have to work together to stop the witches from achieving immortality.

Refresh your memory on this cult classic before the sequel comes out on Disney+ September 30, 2022.

Everything to Know About ‘Hocus Pocus 2’ So Far 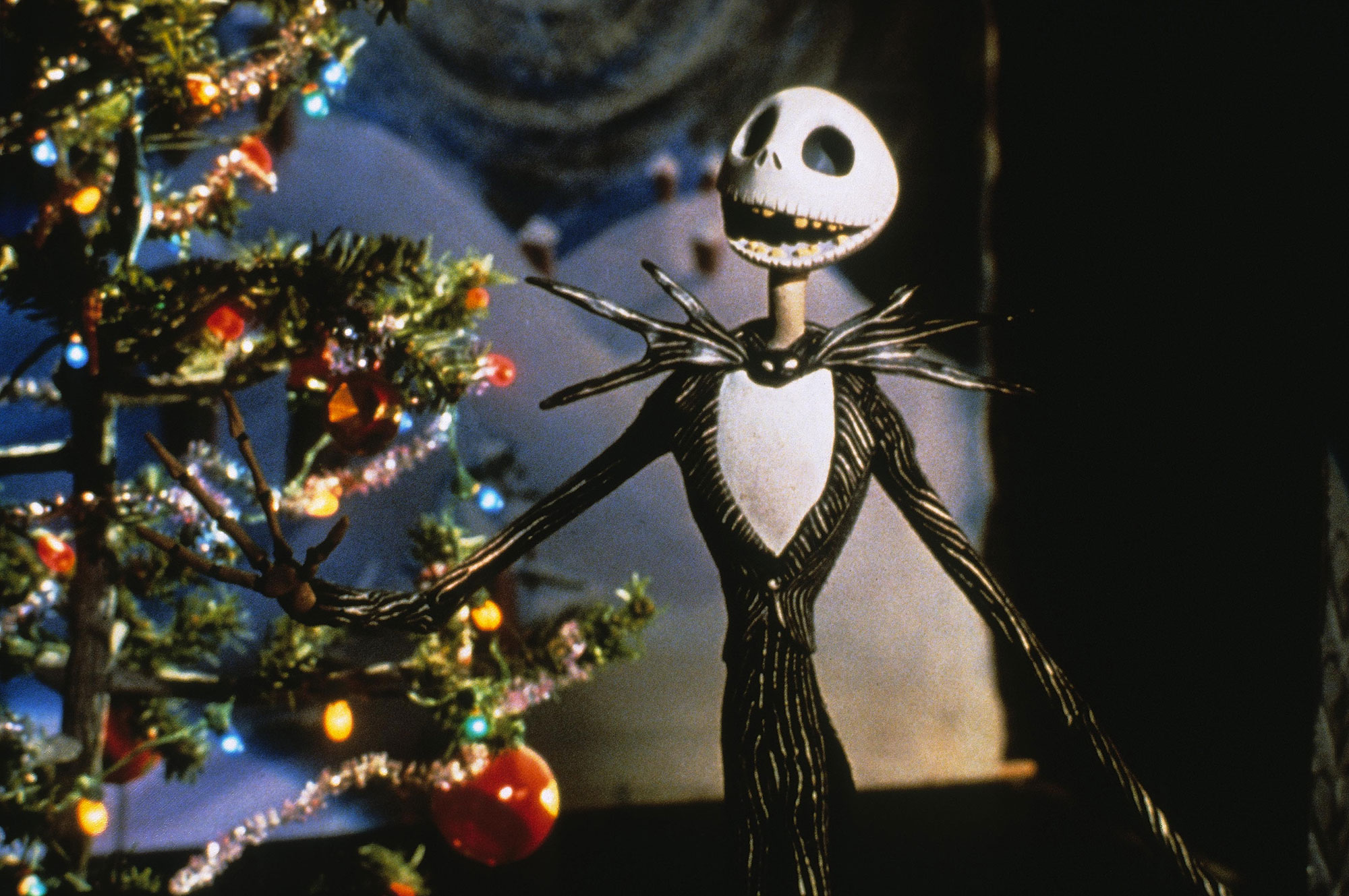 Is it a Christmas movie or a Halloween movie? Director Tim Burton‘s 1993 stop-motion film has sparked much debate, but it’s always entertaining whenever it’s watched.

Worlds collide when chaotic protagonist Jack Skellington opens a portal between Halloween Town and Christmas Town. The skeleton is taken with the joy of Christmas and wants to share it with all his dark and gloomy friends!

The best of the ’90s can be found in Nicole Kidman and Sandra Bullock’s witchy romp. With strong female protagonists (and a jerk of a boyfriend getting what he deserves), Practical Magic is all about girl power. The 1998 adaptation of Alice Hoffman‘s book has magic, curses, witches and some great music — the supreme witch herself, Stevie Nicks, even recorded several songs just for the soundtrack.

Let’s do the Time Warp again! Have you ever gotten a flat tire before? Imagine the worst-case scenario, multiply it by 10 and make it into an amazing musical — that’s what you get with this midnight movie masterpiece, which includes one of Tim Curry’s most iconic roles.

Nothing can really explain the beautiful weirdness of 1975’s The Rocky Horror Picture Show, but the film’s fanbase grows larger every year. This cult movie has grossed $226 million as of 2022 off a $1.4 million budget.

Find a local theater doing a midnight showing of this fan favorite to experience it in all of its glory. Otherwise, you can have a mini viewing party yourself from the comfort of your couch. Just don’t forget your flashlights!

Slasher fans, this classic is a must-watch. Freddy Krueger’s first run in the spotlight is what dreams are made of for horror fans … and what nightmares are made of for its cast of doomed characters.

The 1984 original (starring Johnny Depp) is a must-see, but this is also one of the few times where the reboot (made in 2010, starring Katie Cassidy) is worth a watch, too. 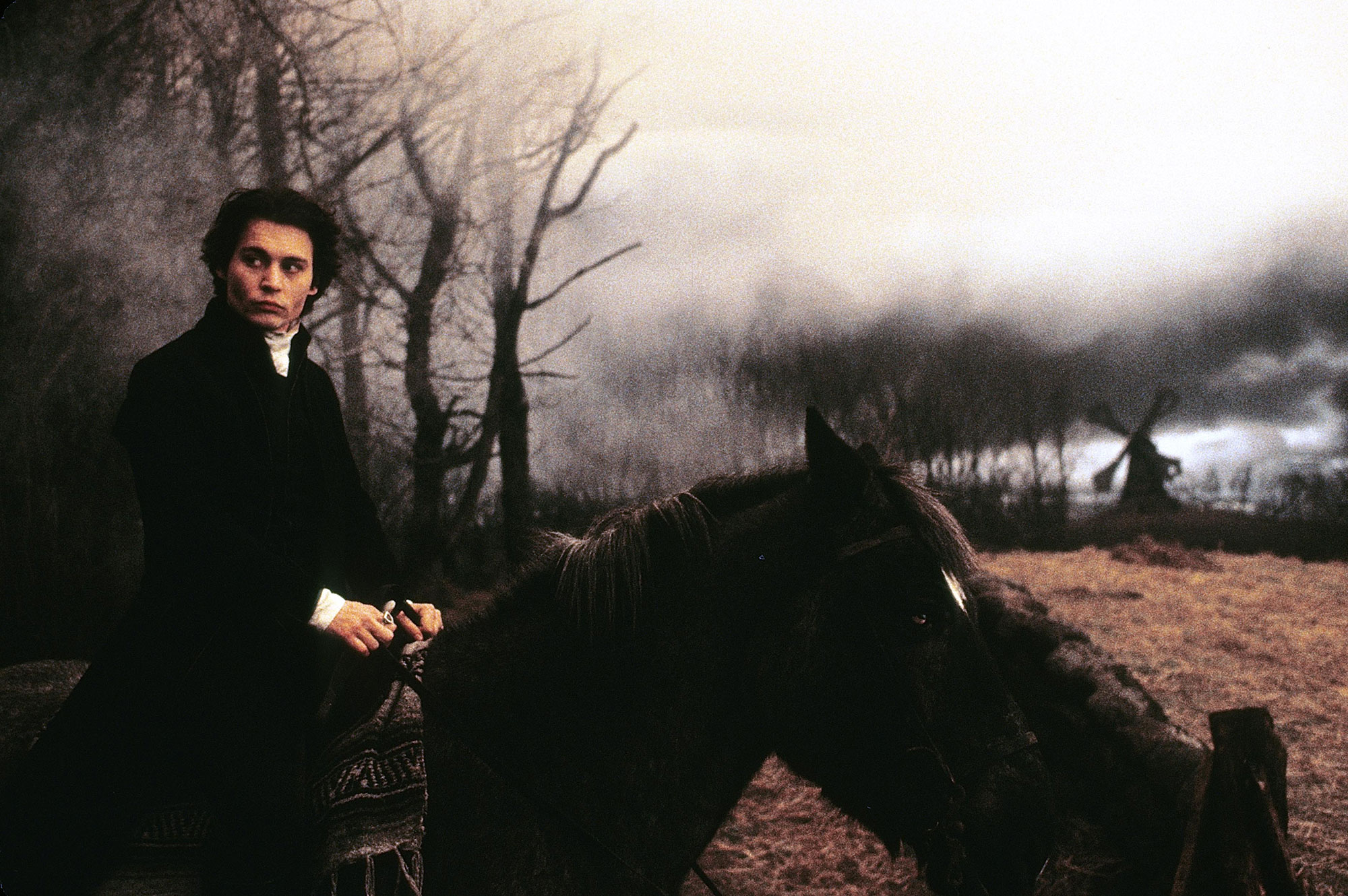 Depp plays Ichabod Crane in this 1999 horror picture. This movie takes a step away from the normalcies of scary movies and intertwines its gore and frights with an interesting romantic subplot. Still, fans expecting When Harry Met Sally should proceed with caution — with the Headless Horseman and all his Dutch-hamlet glory comes plenty of gore, gore … and more gore.

This is a great movie to watch in a group, especially if there’s a date to hold tight.

Those who want a Depp-o-ween marathon can’t forget about his iconic role as the titular character in this 1990 horror fantasy. The protagonist is a humanoid born into the world with no hands, created Frankenstein-style by a mad scientist and taken in by a suburban family.

Taking a step back from the gruesome, here is a Los Angeles-based thriller about four teenagers who think their witchcraft is hot stuff. Eventually, tampering with dark arts leads them to murder — like a witchy Heathers or a macabre Mean Girls.

Their goth attire screams ’90s fashion … and by the end, this 1996 flick will have viewers screaming too.

Slasher fans will get a special kick out of this classic 1996 film.

When the sociopath known as Ghostface begins following a group of teenagers, everything turns upside-down in this not-so-quiet little town. Known for its meta-commentary on horror by one of the genre’s defining voices — one Wes Craven of Nightmare on Elm Street fame — Scream balances humor, scares and innovative twists on slasher movie conventions to create an immediate classic.

‘Scream’ Cast: Where Are They Now?

If horror heads haven’t watched this popular, genre-changing film, then they can hardly call themselves fanatics. The documentary-style approach brought audiences to the edge of their seat, re-popularizing the found-footage film genre nearly a decade after The Blair Witch Project made movie magic.

Paranormal Activity was so popular that sequels were quickly rolled out. As of 2022, there are seven films and more on the way. It will take viewers at least a week to fall (and stay) asleep after witnessing this movie’s creepy crawlies. 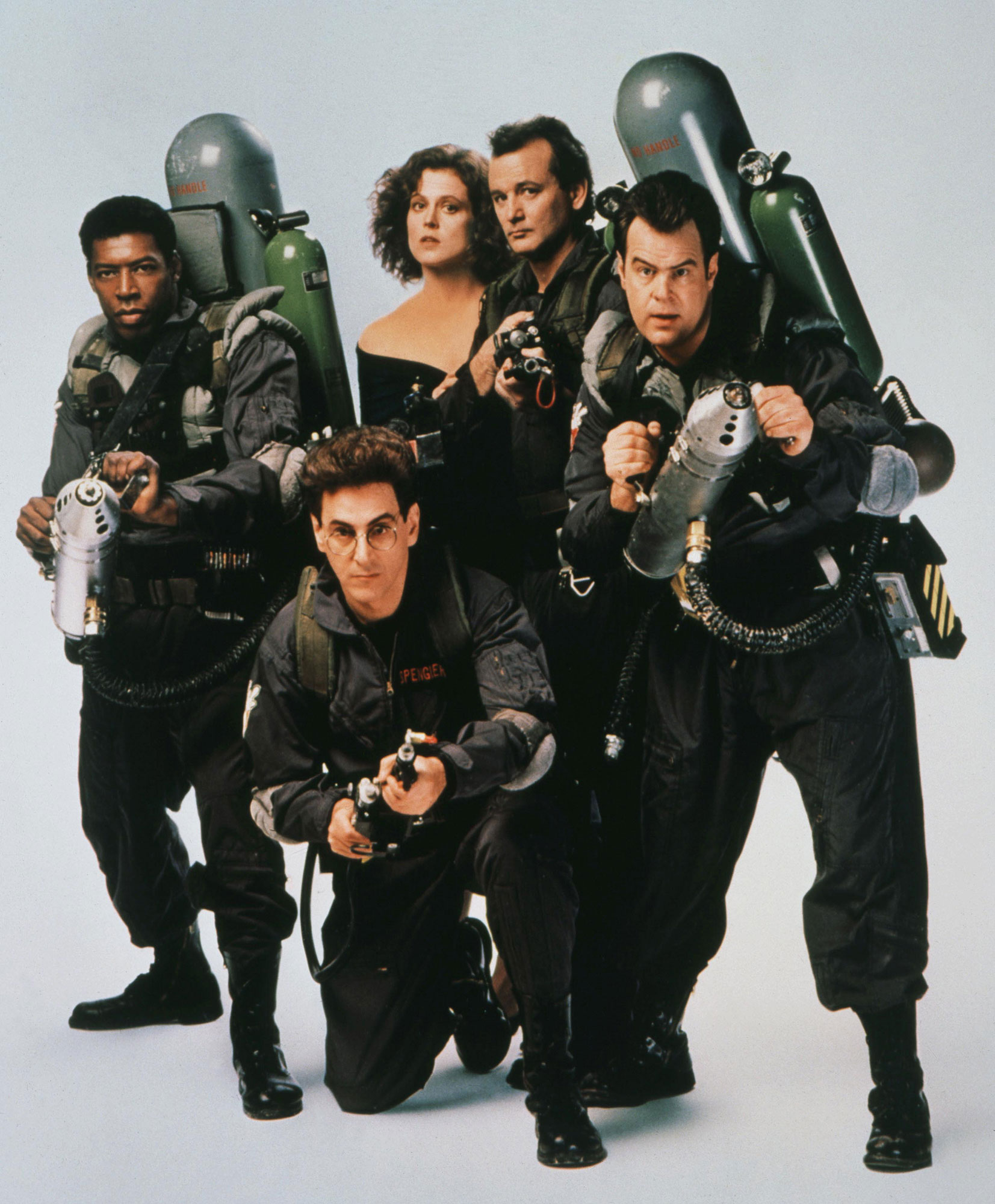 Who ya gonna call for a family-friendly horror comedy? Ghostbusters! Bill Murray plays one of his most iconic roles as a ghost hunter in this 1984 favorite alongside fellow comedy king Dan Aykroyd. Ghostbusters is still one of the most iconic Halloween movies to this day, with several remakes and sequels available for audiences who just can’t get enough.

Jordan Peele made his game-changing directorial debut with the Oscar-winning modern classic Get Out — and he just keeps making hits, with Nope and Us among his follow ups.

It would be a shame to spoil even a second of this 2017 movie, so skip reading any synopsis of the plot. Just know this movie is filled with psychological, eerie content. It has more layers than an onion, and it’s just as sure to make viewers cry with its heavy metaphors.

Many unsuspecting moviegoers went into this seemingly run-of-the-mill horror film expecting the same old story, but The Conjuring took the haunted house trope to a whole new level. Based on a true story (like all great horror stories are), audiences might want to sleep with the lights on after this one.

Didn’t see your favorite on this list? Every Halloween classic couldn’t make the cut — heck, we didn’t even get to mention John Carpenter’s Halloween — but this is a great place to start. If anyone still needs some more horror movies at this point, then just start working through everything Jamie Lee Curtis starred in during her scream queen days … and that should keep most movie lovers busy for all of October.