The Duke and Duchess of Cambridge‘s move to Windsor is expected imminently, and it is set to bring about some huge changes for the royal couple and their three children – Prince George, Princess Charlotte, and Prince Louis.

As well as settling into a new town and new schools, the smaller size of their new property means the family will also have no room for a live-in nanny or overnight visitors.

WATCH: See inside the most lavish royal residences

Their current home, Apartment 1A at Kensington Palace, has separate living quarters for staff and ten bedrooms. However, Adelaide Cottage is much smaller than the Cambridges’ current home with only four bedrooms, allowing each of the three children to have their own room but with no spare room for visitors or staff.

Prince William and Kate’s new Grade II-listed home is located on the 655-acre royal estate and means the family will be much closer to the Queen at Windsor Castle. It also means that they are much closer to Kate’s parents, Carole and Michael Middleton, who live around 45 minutes away in Bucklebury. 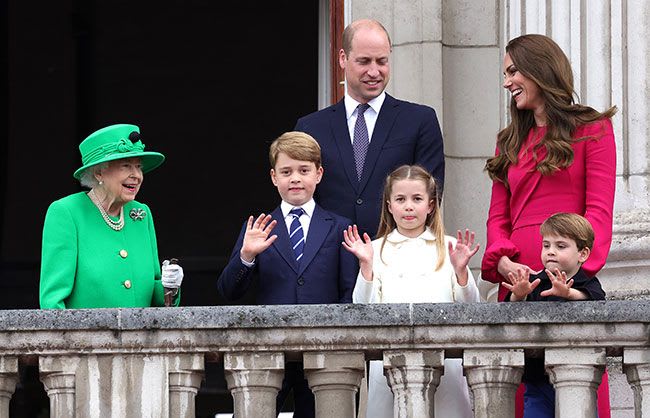 Another benefit of the home is that, much like Apartment 1A, it has undergone extensive renovations in recent years meaning that it is ready for the family to move in without too much work.

According to The Sun, the master bedroom that Prince William and Kate will likely use features some unique design details, including golden dolphins and ceiling rope decorations recycled from a 19th century royal yacht, creating an interesting nautical-inspired theme.

Meanwhile, one of the big highlights of the home for the Duke and Duchess is that it is a “modest” size with a private garden where Prince George, Princess Charlotte and Prince Louis can all play together.

GALLERY: Inside Prince William and Kate’s home they’re moving away from

Adelaide Cottage dates back to 1831 when it was built as a retreat for William IV’s wife Queen Adelaide of Saxe-Meiningen, and was once a favourite breakfast spot for Queen Victoria. It was also once home to Princess Margaret’s former partner, Peter Townsend.