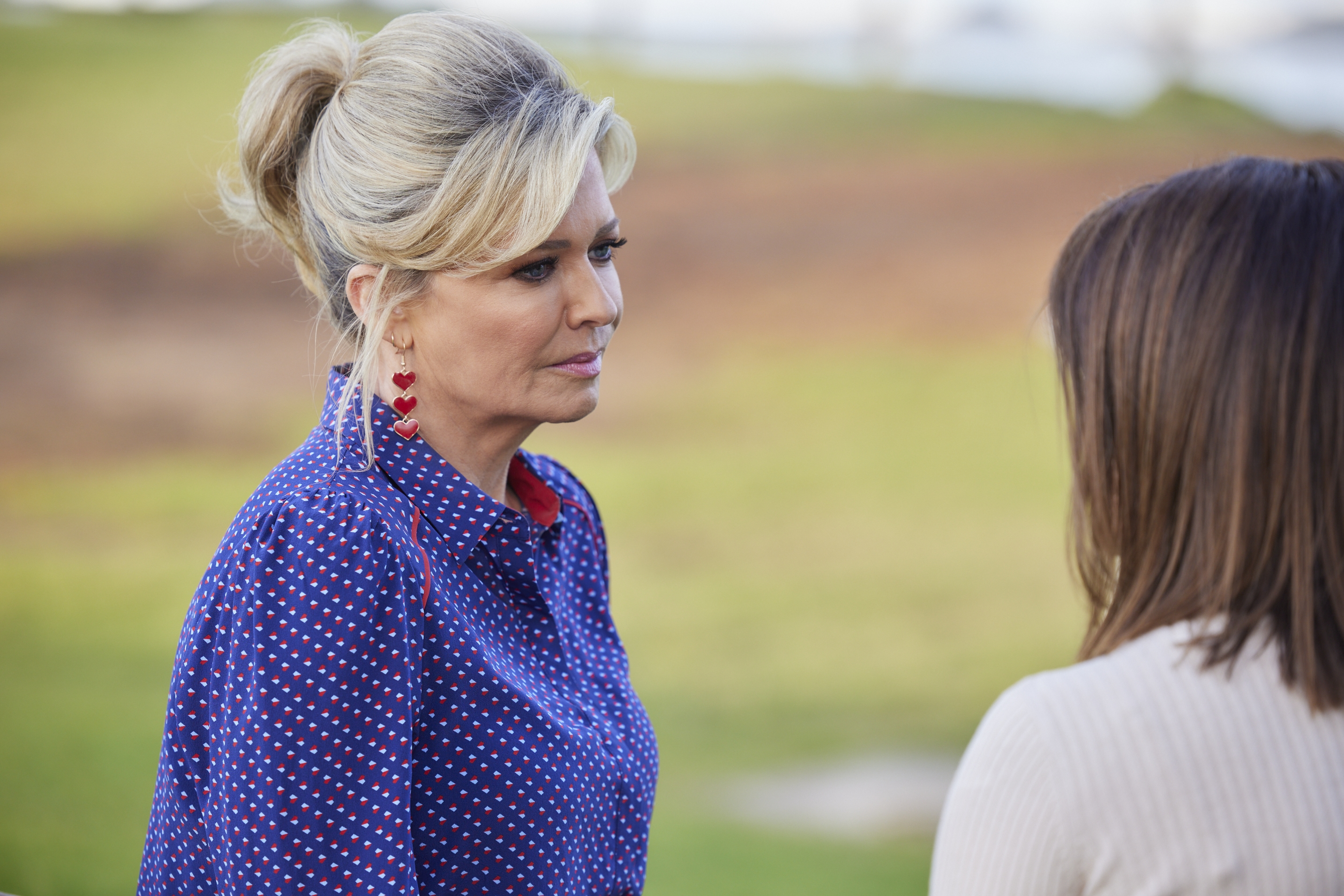 Marilyn (Emily Symons) has had her world turned upside down since newcomer Heather (Sofia Nolan) arrived and took a disturbing interest in her. The fascination soon turns sinister as Heather takes photos of Marilyn and asks the locals questions about her.

The situation only escalates when Heather sneaks into Marilyn’s house in the middle of the night. Marilyn is sleeping on the couch, and Heather sets her up with a near-empty bottle of wine, a glass and a photo of a baby. What is she up to?

The next morning, Marilyn is left in shock – and unable to defend herself when Roo (Georgie Parker) comes downstairs, assesses the situation and offers her water and painkillers for her ‘hangover’.

Later, Marilyn vents to Leah (Ada Nicodemou) and says that Heather is clearly playing games with her – but Leah asks why Heather would choose her.

Marilyn becomes hypersensitive at work, assuming everyone who is asking about her is questioning her. Roo is unsure how to support her paranoid friend, and John, Irene (Lynne McGranger) and Justin (James Stewart) all seem to provoke her somehow without meaning to.

The nightmare worsens when John receives a call from Jett – Marilyn has sent him a humiliating text which says an adopted child can never compare with a biological one.

John is furious with Marilyn, but she’s adamant it wasn’t her. Is she telling the truth, and if not, who is framing her for abuse?