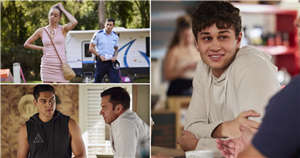 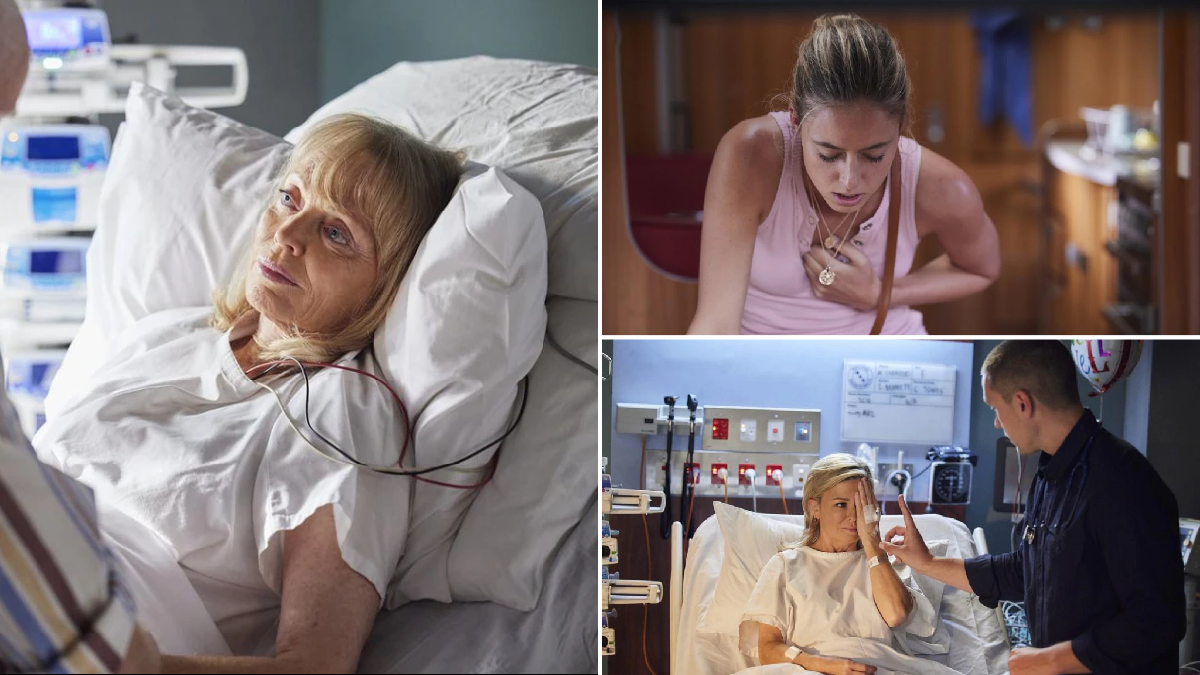 This week on Home and Away, Martha (Belinda Giblin) and Marilyn’s (Emily Symons) conditions both get worse in the aftermath of the chemical attack. Alf (Ray Meagher) has a tough time ahead of him as he is forced to decide who to stay with – his wife as she goes for specialist treatment, or one of his oldest friends as she is placed in a coma?

Elsewhere, Ziggy (Sophie Dillman) decides to help Dean (Patrick O’Connor) out by taking on some of his surfing teacher duties. However, the hot-headed woman clearly isn’t cut out to be patient with pupils – especially when they’ve only signed up to ogle social media influencer Nikau (Kawakawa Fox-Reo). Ziggy decides to have her pupils head straight for the water – but disaster is on the horizon…

Meanwhile, Logan (Harley Bonner) remains confused about Tane’s (Ethan Browne) condition and puzzles over options for his treatment. Eventually, Ari (Rob Kipa-Williams) is given an impossible choice – is he willing to try a risky medical trial on his brother, as the only option to bring him out of his coma, or will he avoid the large risk that something could go terribly wrong?

Here’s what’s coming up for the week beginning Monday 10 January.

Alf has a difficult choice ahead of him as two of the most important women in his life go through some serious medical complications. Martha’s health has been slowly deteriorating since the chemical attack, and Logan tells her she needs to go to the city for dialysis as her kidneys are failing. Meanwhile, Marilyn has collapsed after losing sensation in her legs and she is swiftly placed in an induced coma. Will Alf stay with Marilyn in the Bay, or go with Martha to the city?

Mackenzie has recently been faced with the fact that Logan’s career has been all over the globe, and with his medical team moving further down the coast her new relationship could have been over. However, Logan made the decision to quit his job to stay in the Bay – causing Mackenzie huge levels of guilt. The situation soon changes, though, when Logan heads to her apartment one evening and casually mentions that he’s been offered Tori’s old job – head of emergency. Now his future with Mackenzie is secured.

Ziggy is responsible for a surfing accident during a disastrous lesson

With Dean only just starting to regain his strength after the car crash, Ziggy decides to pitch in where she can – which includes taking some of his surf classes. However, when she shows up for her first lesson, John makes it clear he seriously doubts her experience. Although Ziggy does her best to teach the students, they are clearly more interested in Niaku and she loses patience. She tells them it’s time to move to the water, despite Nikau openly disagreeing with her. Before long, there is inevitably an accident as one of the students is hit by a board…

Nikau has been fuming since Tane was targeted in the chemical attack, and does his best to spread the word that Felicity was clearly responsible. Despite Ari telling him to stay out of everyone’s business, Nikau decides to leverage his generous social media following by launching a campaign against Felicity. Although Bella warns him not to, Nikau can’t be stopped and, the next day, the first physical act of revenge has been completed…

Logan proposes an unusual treatment to try and save Tane

Tane has been the worst hit in the chemical attack, and Mia, Ari and Nikau have been unable to come near him due to the level of toxin exposure. The day finally comes when they can be at his side, but Logan is confused as to why Tane has not come out of his coma yet. After some thought and research, the new doctor takes Ari to one side and suggests a radical, risky medical treatment – bio-scavengers, which are only being used in select clinical trials and could lead to consequences. However, they’re the only chance Tane has for getting better. Will Ari take the risk and let his brother have the treatment?

Felicity is arrested after a newcomer detective raids her van?

Felicity has been left terrified after the chemical attack, as all eyes are on her as the most likely culprit. Although she has been adamant she’s innocent, Jasmine has found a receipt in her van for the exact chemicals which were used in the attack. Cash comes around from his initial doubt and burns the receipt, but Detective Nasser has come to the Bay from the Federal Police to investigate the incident. After some difficult interviews, Felicity is in her van when federal agents show up with a search warrant on her van – and Nasser finds an empty container of the same drug used to sedate Tane…

Everyone lies to Leah about Theo – but where is he?

Leah’s nephew Theo has been given a fresh start in the Bay, living with his aunt and working with her partner Justin in his garage. However, this clearly isn’t enough to get him on the straight and narrow as he doesn’t come home overnight and Justin urgently tries to call him, to no avail. Leah is back at work, so Justin covers for him and says he’s already at work. In the garage, Leah shows up with lunch for everyone and Ziggy lies about his progress after a pointed glance from Justin, telling Leah that he’s doing great. However, one burning question remains – where exactly is Theo?

Ryder is forced into accepting Theo’s get rich quick scheme

Theo, Ryder and Chloe have formed an uncomfortable trio since Theo’s arrival in the Bay, particularly because Theo has made it clear he’s keen on Chloe. Ultimately rising tensions have led to Ryder and Chloe breaking up, but they still have a business and debt to sort out together. When Ryder accidentally maxes out their joint business account, Chloe is furious. Theo offers to settle their bill, but Ryder flatly refuses.

Theo then comes up with a plan for them to make money quickly, and after Ryder hears about Alf’s worries in hospital with Marilyn and Martha, he reluctantly decides to accept Theo’s ridiculous offer for the sake of his family. What has Theo got planned and what is Ryder about to face?