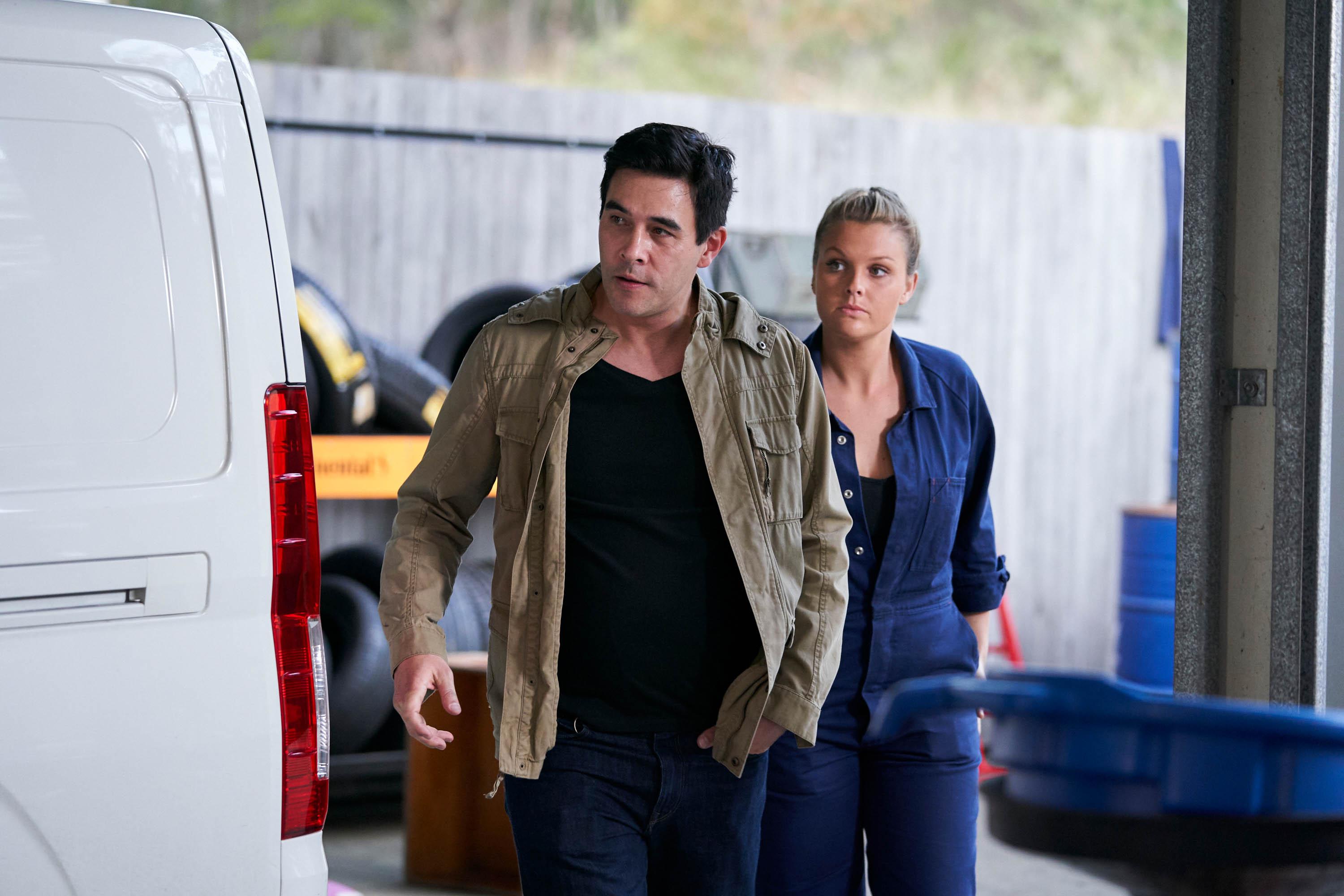 Justin (James Stewart) has been forced to rest for weeks now in the aftermath of his tumour and surgery to remove it. As he goes through bills from the garage, he realises Ziggy (Sophie Dillman) is now probably struggling to keep the entire business afloat by herself and vents to Leah (Ada Nicodemou) about how much he wants to get back to work.

However, Leah says he needs to get the sign-off from Christian (Ditch Davey) first. That proves to be easier said than done, however, as Christian’s attention is constantly taken up by Tori (Penny McNamee). Justin’s patience runs out when he receives a phone call – and it’s the cops.

They tell him the garage is under an ongoing investigation, and they have obtained a search warrant to look through the premises. Confused, Justin rushes over to his business and quizzes the cops about why his garage has shown up for their investigation.

He learns that the address was on the burner phone of a bloke who got pulled over in a stolen car. The story makes no sense to Justin – but it does to Ziggy, who had to down tools when the police showed up and is now trying to get hold of Tane (Ethan Browne) in a panic.

Tane is confronted with Ziggy full of fear about how she could be responsible for Justin’s business going under if the police find anything to do with Tane’s illegal activities there. Will she confess the truth to Justin, and risk losing her job in the process?