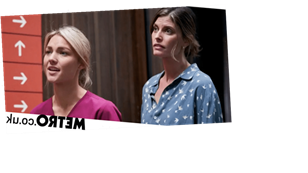 Robbo (Jake Ryan) is becoming increasingly frustrated as he tries to remember what happened between him and Dylan Carter (Jeremy Lindsay Taylor) the last time they met. However, as whatever happened on the boat is what lead to his amnesia, the memories remain locked away, leaving him unable to give the Ouroboros gang what they want.

Jasmine (Sam Frost) wishes she could be of more help, and asks Dr Alex (Zoe Ventoura) about memory loss at work. Alex realises she’s asking for information related to her current situation, and when Jasmine explains the situation with Robbo and the gang, she is stunned.

Alex says that Robbo’s memories may never have processed at the time of the boat incident, in which case he will never be able to recall what happened to Carter. However, she does have an idea that could help him, although it’s a long shot.

Robbo agrees to listen to Alex’s suggestion, as he has reached a dead end in the investigation, but when she says that hypnotherapy could be the answer, he is sceptical. While he starts to dismiss the idea, Alex says she is fully qualified and has used it on patients before.

Eventually, Jasmine manages to persuade him that they have nothing to lose by trying. While Robbo is doubtful that it will work, he also worries about the dark memories he might unlock if it does.

Alex begins the process of hypnotising Robbo, encouraging him to go back to the day Dylan Carter took him hostage on the boat. Robbo struggles to go under, and Dr Alex suggests that he’s afraid to give up control. He agrees to try again, and this time, it works. Robbo begins to remember the day and recount flashes of key events – with Alex and Jasmine excited that he might finally get the answers he needs…