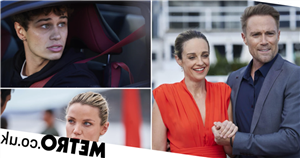 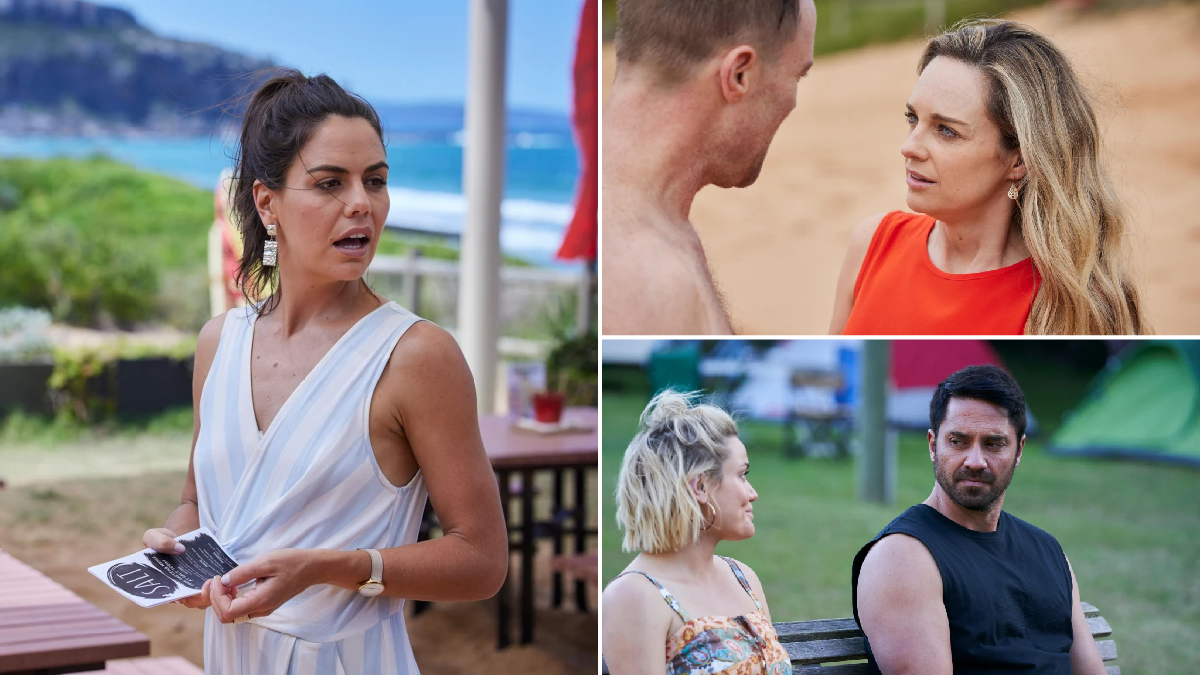 This week on Home and Away, Theo (Matt Evans) is making waves in the Bay as he charms the ladies – in particular, Chloe (Sam Barrett), who makes it clear she has a boyfriend. This won’t stop Leah’s (Ada Nicodemou) nephew, though, as he continues to find ways to spend time with her. When Ryder (Lukas Radovich) doesn’t show up to help her with deliveries, Theo offers to help – will she accept?

Elsewhere, Mia (Anna Samson) realises how much trouble Ari (Rob Kipa-Williams) could be in if his dodgy deal to clean the money she produced for the gym purchase goes wrong. Ari refuses to let her accompany him to the meeting, and she nervously awaits the outcome at home. However, it turns out he won’t be alone…

Meanwhile, Bella (Courtney Miller) notices that Mackenzie (Emily Weir) and Dean (Patrick O’Connor) are becoming too dependent on each other and suggests that Ziggy (Sophie Dillman) should be around again. Mackenzie eventually takes the hint and calls her brother’s girlfriend – but when she returns to the Bay, Dean quickly makes it clear that she isn’t welcome…

Ryder struggles while Theo makes his intentions with Chloe clear

Newcomer Theo, Leah’s nephew, has quickly taken a shine to Chloe and regularly turns on the charm while she works in the Diner – despite her telling him she has a boyfriend. When Ryder shows up to help her with meal prep in the evening, Theo scoffs at the guy before him and tells Chloe she can do better. Chloe quickly puts him in his place, but in the morning she waits for Ryder to pick her up for deliveries and he’s nowhere to be seen. Theo shows up in his car and offers to help out in his absence – will she accept?

Justin and Leah deliver some hard truths to Theo

Ever since Theo’s arrival in the Bay, Justin has been suspicious of the man who so easily gets Leah wrapped around his little finger. When he returns to the house badly injured, Justin doesn’t believe his sob story about getting attacked in his car for one minute. He takes Theo for a walk and gets the truth out of him – he got whacked as payback for the insurance scam. Despite the lie, Justin decides to help him out for Leah’s sake and offers him a job at the garage. Theo immediately goes to Leah and tells her not to get her boyfriend to help him out, but Leah is quick to jump back at him and deliver some hard truths he wasn’t expecting…

Mia realises the level of trouble she’s placed Ari in

Mia has recently produced a hoard of cash to pay for the gym she wants to buy with Ari – however, it’s come from the stash of money Ari stole during the armed robbery he was sent down for. Knowing that Mia wants to secure their future, Ari decides to dive back into the underworld and do a dodgy deal to clean the money. Tane warns him against it, but Ari’s mind is set. As he prepares to leave, Mia realises the amount of trouble she has potentially placed him in. Once he’s gone, Mia can’t help but wonder – will he come back?

Tori and Christian have been nervously awaiting the outcome of her panel interview over video call for her dream job in London. After a tense few days, she receives the email she’s been waiting for – the job is hers! However, the couples’ excitement is quickly tempered by the realisation that the position begins in just two weeks. Reality hits them when they think about all that has to be done – not just wrapping up their lives in the Bay and saying goodbye to family and friends, but getting married in just over a week! Can they pull it off?

Nikau and Bella have been left at a loose end in their lives and take time to discuss what their next steps could be. Nikau in particular has seen how his family are moving forwards and realises he needs to do the same. While out and about, the pair run into Ryder, who is stressed and overworked as he tries to keep the Board Shop afloat for Dean. They are surprised to see he is advertising for his replacement – but the job ad sparks an idea for Nikau, and Bella is surprised to head back into the Surf Club later, to see her boyfriend running the store…

Mackenzie goes behind Dean’s back to bring Ziggy home

When Bella goes to visit Dean, she sees Mackenzie is waiting on him hand and foot. Realising their new relationship is unhealthy, she questions Mackenzie and asks where Ziggy is. She also asks Dean why he hasn’t seen Jai, and learns just how co-dependent the siblings have become. After some tough love, Bella finally gets through to Mackenzie and she realises it’s time to take the plunge and tell Ziggy to come back home.

However, Dean isn’t expecting his girlfriend back so soon, so he’s surprised to see her outside the Gym the next morning – even though Ziggy was under the impression he was the one who’d called her back…

Jasmine considers taking her relationship with Cash to the next level

Jasmine and Cash are enjoying their new relationship, but they are confronted with Mackenzie and Logan’s intensely physical love as they walk past the pair on the beach and are forced to witness them heavily making out. Jasmine asks if Cash is happy with their progress, and he reassures her that everything is fine.

However, Felicity teases Jasmine at lunch later about how slowly their relationship is developing, which makes Jasmine wonder if she needs to make the first move herself.

After speaking further with Felicity, a plan begins to develop…