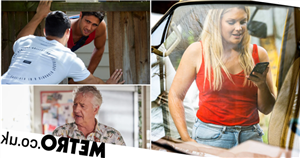 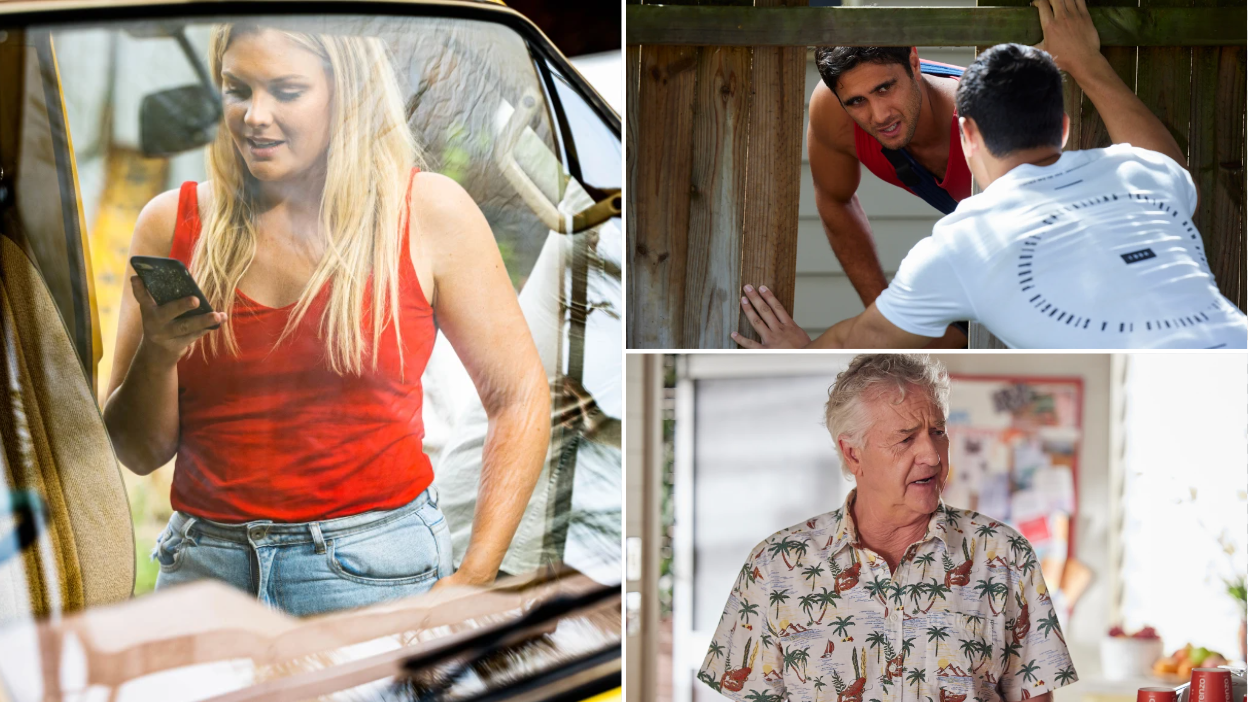 This week on Home and Away, Dean (Patrick O’Connor) is worried when Ziggy (Sophie Dillman) suddenly disappears – especially when her story about going to see a client for Justin (James Stewart) proves to be a lie. When he eventually gets through to her, she seems distracted and hangs up on him. As Dean’s anxiety spirals and he begins looking for her, what will he find?

Elsewhere, Tane (Ethan Browne) and Nikau (Kawakawa Fox-Reo) have helped the police with a successful sting operation which has seen the bikies sent down for their money laundering plans, but when the media gets wind of the story the Paratas’ faces are plastered over the front of the local paper. To make matters worse, the

Here’s what’s coming up on Home and Away for the week beginning Monday September 19.

Dean is concerned when he asks Justin about Ziggy’s meeting with a client, only to discover that no such client exists. Where has his girlfriend disappeared to? Worryingly, she isn’t answering the phone, and frustratingly, Mackenzie seems to know more than she’s letting on. Eventually, Ziggy picks up, but she sounds distracted and suddenly hangs up. Seeing that her brother’s anxiety is peaking, Mackenzie reveals the unsavory truth – Ziggy is out with Remi, the guy that Dean doesn’t trust as he keeps flirting with her…

Ziggy has taken on the job of finding Remi a new van so that Lyrik can travel to their gigs – in exchange for him letting up on flirting with her in front of Dean. She’s had her work cut out due to his low budget, but she finds him a deal and drives him to the location. It turns out to be a dump, and the guy they meet with is behaving oddly. After a test drive, Ziggy learns the van has major issues and she demands the guy gives Remi his money back. But to their horror, the guy says the money is in a shed, leading them inside – then locking the door behind them, leaving them trapped!

Tane and Nikau have been forced to go through a court hearing in the aftermath of the police sting in order to keep up appearances – while they are both innocent, Rose doesn’t want the bikies to believe they’re going to be let off. If the gang learns the Paratas have been working with cops, they could put out a hit on them. She tells them to keep a low profile – but the plan goes out of the window the next morning, when the local newspaper prints the bikie story and plasters Tane and Nikau’s faces on the front cover. To make maters worse, Roo and John have some stern words for the pair – the Surf Club isn’t happy with this bad publicity, and they could be taking action against them soon…

Dean punches Remi after discovering them together

After Ziggy hung up on him, Dean has been concerned about what Remi is up to with her – but more than that, he doesn’t know if she’s safe. As time goes on and it gets dark, Dean begins to do some detective work, going through Ziggy’s web history and working out which van lead she drove out to. He takes the same drive and finds the abandoned shed. When he opens the door, Ziggy is relieved and falls into his arms – but Dean has other ideas, walking over to Remi and punching him to the floor…

Rose has had a difficult time lately, having realised her new boyfriend is an undercover gang member and being forced to endure a humiliating court hearing after the police sting which got him sent down. To make matters worse, Cash – the man she’s in love with – has been shot and is now on life support. When the local newspaper prints a story about the bikies, Rose has little tolerance to handle the locals gossiping and snaps at John to keep his judgement to himself. She decides to leave town for a while so she can clear her head…

Cash has some unpleasant news to process when he wakes up

Cash has been through multiple emergency surgeries and placed into an induced coma after being shot during the bikie police sting. Felicity has been by his side day and night, but she’s beginning to unravel under the pressure. Fortunately, there’s good news – Cash will be woken up soon. Felicity is relieved, but she is left in a difficult situation when Cash immediately wants to know what happened during the raid.

Reluctantly, Felicity is forced to jog his memory and tell him that he shot one of the bikies during the sting. Cash is silent, realising that he’s responsible for taking a life…what does this mean for his future?

After learning about the band’s transportation problems, Justin comes up with an idea that leaves him giddy with excitement. He won’t tell them what it is until it’s locked in, and he goes to speak with Leah. He expects resistance when he asks to dig into their shared savings, but says it’s for a good cause – marketing for the garage. Leah is positive about the idea and suggests working together on his plans, but Justin suddenly becomes evasive. Leah’s suspicions spike – what is Justin up to?

Newcomer Bree is tasked with a difficult hospital patient

Newcomer Dr Bree Cameron has been overseeing Cash as he wakes up from his coma, but she learns through Felicity that his mental recovery could be as challenging as his physical recuperation. His girlfriend left him as he planned to propose and now he’s grappling with the fact he killed a man.

Cash has become embroiled in despair, anxiety and panic – with his state worsening when Rose comes to see him. He’s convinced she has information she’s withholding and launches himself from the hospital bed, shouting at her. Bree holds him down with Xander’s help and wonders how she can help Cash through his ordeal…