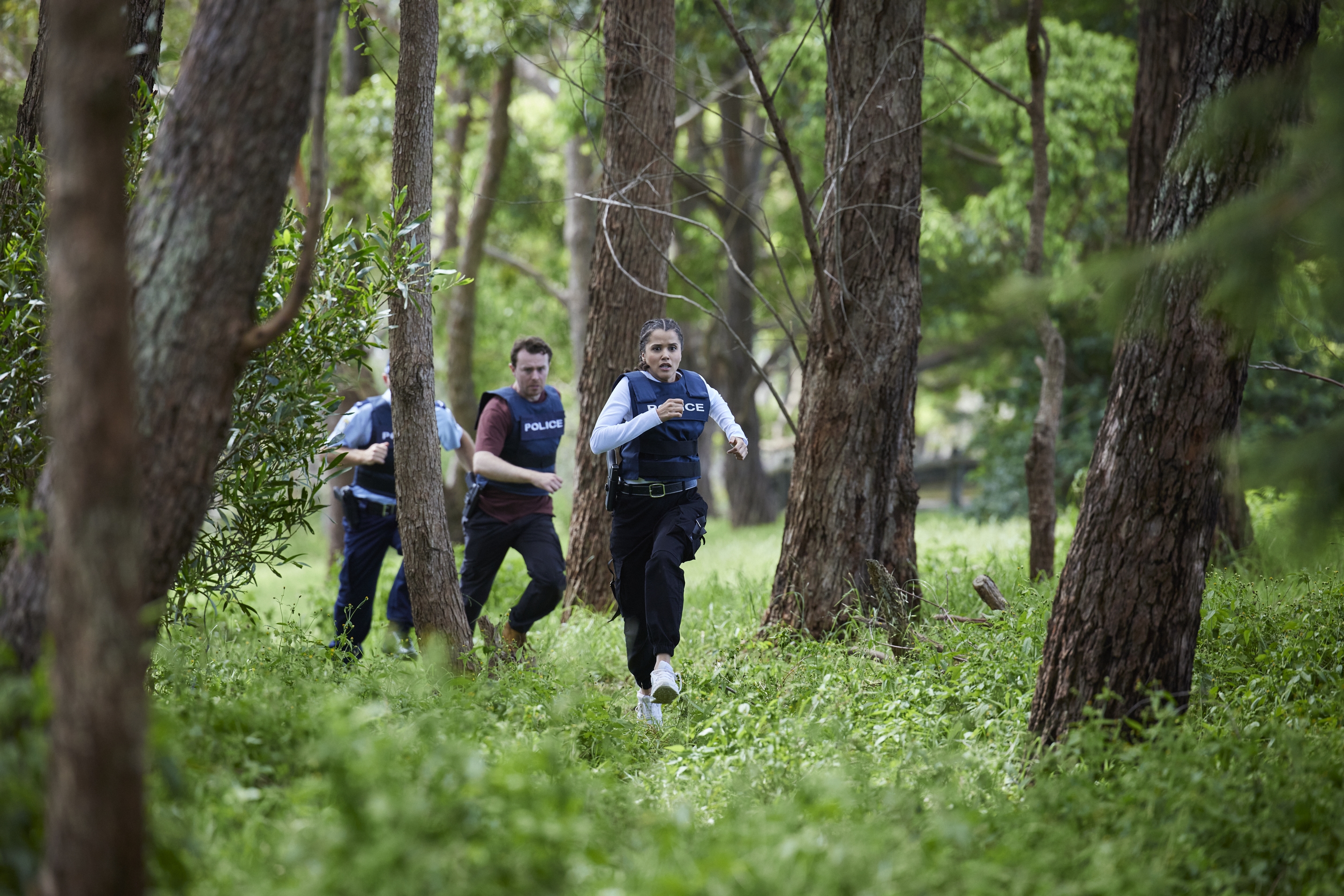 Tane (Ethan Browne) has been caught wandering around the bikie’s headquarters, and he’s pulled in by security to explain himself to Marty (Ben Wood) and Tex (Lucas Lineham).

Little do the gang know, Tane is wearing a wire and he’s on a mission to get a confession out of them about the money laundering plan. What’s more, there’s an undercover police van just down the road which is listening in on the entire conversation.

Tane says that the new ‘bookkeeper’, Genevieve, has been drawing unwanted attention and suspicion from gym members – they’re wondering how she got hired so quickly. However, the bikies let him know she’s there to stay while she gets her work done. Tane is then interrupted by repeated phone calls from Nikau (Kawakawa Fox-Reo) – and Tex decides to take his phone off him so he isn’t distracted.

Meanwhile, Nikau is desperately searching for Tane and worries when he can’t get through to his uncle.

However, he suddenly remembers he can use the phone tracking app and he immediately discovers exactly where Tane is. As he sets off for the bikie HQ, Cash arrives in the undercover police van and is straight down to business, not wanting to think about Jasmine.

Nikau shows up and is quickly intercepted by the gang, much to Cash (Nicholas Cartwright) and Rose’s (Kirsty Marillier) alarm – this wasn’t part of the plan. A stand-off ensues, with Nikau completely unaware of Tane’s secret plans with the cops.

Tane persists with his plan and asks Tex and Marty for more details about what Geneveieve is doing.

Eventually, Marty comes through with the information the cops are looking for. They describe the laundering plans, and the cops have all they need to go in. The bikies scatter as the police flood the scene, but Rose is able to triumphantly arrest Tex. However, she can’t stop Cash from running in without his bulletproof vest on.

What’s more, he quickly runs off in pursuit of Marty – and a few minutes later, in the distance, Rose hears two gunshots. After she runs to the scene with her colleagues, someone is pronounced dead. But who?