The Prince and Princess of Wales reside at Adelaide Cottage in Windsor, along with their three children, Prince George, Princess Charlotte and Prince Louis. To ensure the family are safe at all times, there is a special security feature on site – a separate gatehouse.

This dedicated hut at the edge of the property is where the family’s security team will be based, in order to monitor the comings and goings of the residence.

Another feature of the grand residence that will help keep intruders at bay is the secluded location of the property, surrounded by sprawling land. Plus, the inside of the home hasn’t be pictured meaning it remains top secret.

Prince William’s brother Prince Harry also has dedicated security at his private home over in the US, but the difference is that it is funded by Harry out of his own pocket as he is no longer a senior royal.

Prince William and his family live in Windsor now

It was Harry’s wife Meghan Markle’s interview with The Cut which revealed they have an in-person security team.

Journalist Allison P. Davies accompanied the Duchess on the school run, and it was divulged that the family have extra security on hand.

“At a stoplight, she reaches into the trunk and produces a brand-new black backpack and hands it to her security detail to give to an unhoused man on the corner,” the writer said. 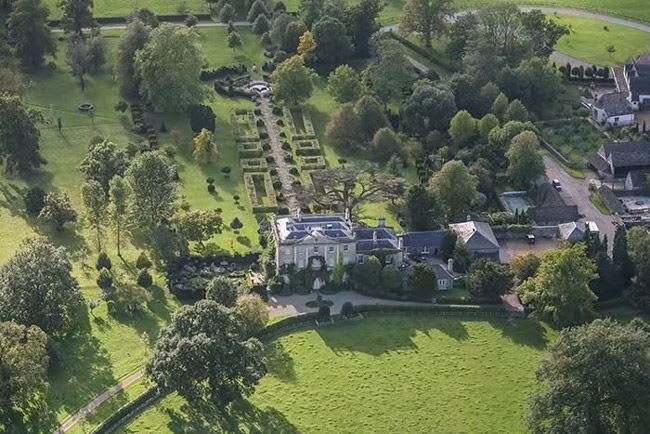 Security is of course of utmost importance for the royals, and The King’s level of safety is unparalleled.

King Charles and Queen Consort Camilla’s countryside bolthole, Highgrove House, has a whole host of hidden security measures to keep the monarch safe, including a panic room, a no-fly zone and special laws that apply to the grounds.

There has been a lot of fierce speculation about what could be stored in the safe panic room space, anything from food through to possible blood supplies that match the blood groups of Charles and Camilla!