Prince Harry and Meghan Markle are set to lose one celebrity neighbour and gain another after Ariana Grande sold her historic Montecito home.

The God Is a Woman star only bought the historic two bedroom home from Ellen DeGeneres two years ago, and married husband Dalton Gomez there in 2021. However, with two more LA homes, including a cottage she bought from Cameron Diaz earlier this year, she may not have been spending as much time there as she would like.

The historic Porter House underwent significant renovations during the four months that Ellen and her wife Portia de Rossi owned it in 2020, and boasts two separate kitchens and dining areas, two bathrooms, two living rooms and a library.

MORE: Ellen DeGeneres and 8 more celebrities who have a side hustle selling homes

The unique home was originally constructed as two separate barns in England in the 1700s, before being dismantled and shipped to California, then reconstructed as a Tudor-style residence in the 20th century.

While the new buyer’s identity has yet to be revealed, Dirt reports that grant deeds show the property was acquired by a trust set up by a Hollywood business manager whose clientele includes A-List actors and famous comedians.

Ariana Grande has sold her Montecito home where she got married

The sale comes just weeks after Jennifer Aniston also bought a $14.8million Montecito mansion, which was originally bought by Oprah in early 2021 for $10.5million.

The magnificent property boasts 4,320 square feet and features a Mediterranean style 1-acre plot. According to Architectural Digest, Jennifer’s new home has ‘picturesque ocean and mountain views, multiple terraces, landscaped gardens, and a massive motorcourt, all set on a private lot nestled among oak trees at the end of a long-gated driveway.’ 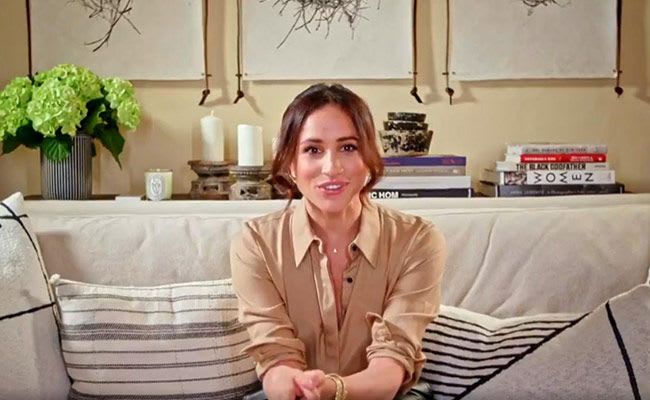 Meanwhile, Ariana’s manager Scooter Braun is also set to move to the star-studded neighbourhood after buying another of Ellen and Portia’s renovation projects in a secret off-marked deal less than six months after they bought it.

Scooter reportedly paid $36million for the incredible home, known locally as Villa Tragara. It has four bedrooms and five bathrooms in the main house, along with a one-bedroom guesthouse, and was bought for $21million by Ellen and Portia earlier this year.