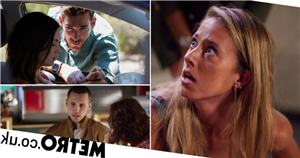 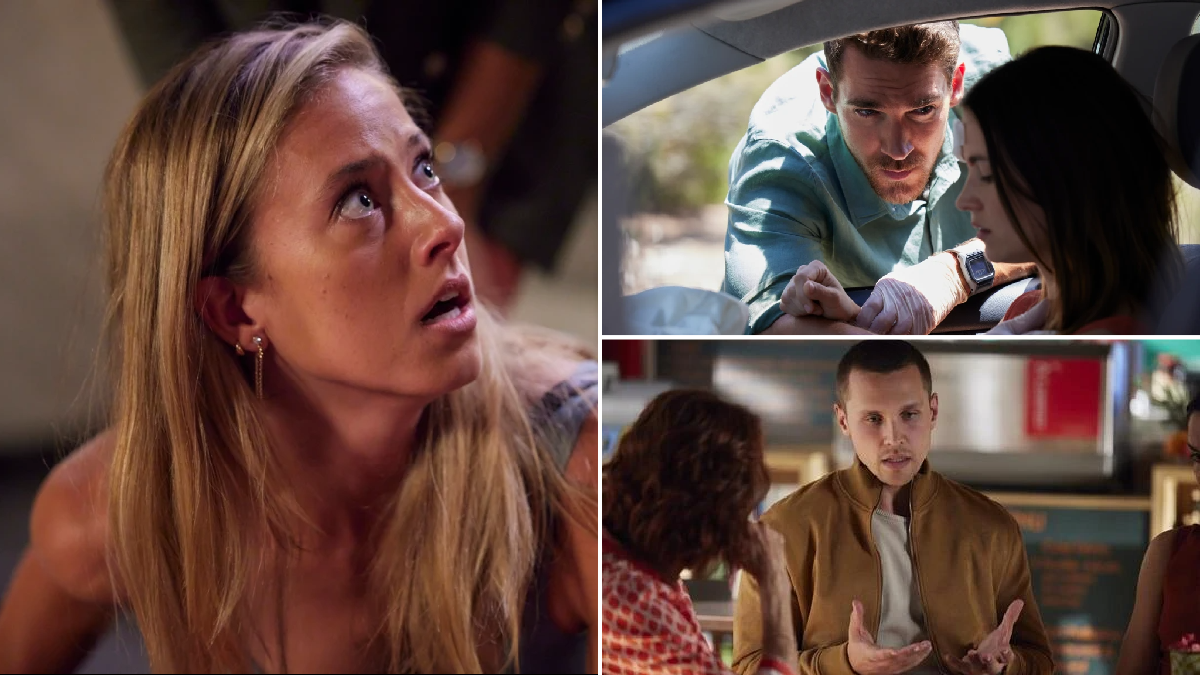 This week on Home and Away, Xander (Luke Van Os) is a whirlwind of emotions as he navigates the aftermath of the car crash. He initially lies to Millie (Zara Zoe) about the fact her friend has died, then tells her the truth once she’s in hospital. Millie immediately blames him for the death in a torrent of rage, and Xander is so overcome he begins throwing up…

Meanwhile, Ryder (Lukas Radovich) is preparing to leave the Bay so he can start his new adventure working on a cruise ship, but his farewell party doesn’t quite go to plan. Nikau (Kawakawa Fox-Reo) suddenly confronts Chloe (Sam Barrett) about the toxic contents of her diary, and she runs away, Theo (Matt Evans) in tow. As Ryder leaves the Bay with Roo driving him to the port, Bella (Courtney Miller) comes running down the road with a final message…

Here’s what’s coming up for the week beginning Monday June 13.

Xander develops a strong bond with a car crash victim

Xander has recently leapt into action with Jasmine after discovering a car crash scene involving Logan and newcomer Millie. After finding her friend dead further down the road, he makes the decision to keep the truth from Millie while they wait for help to arrive. However, he feels guilty later and is concerned when the doctors don’t tell her the truth. When he tells her himself, she breaks down and Xander is so overcome with emotion, he vomits into a nearby bin. Looking on, Logan is concerned – why is Xander getting so attached to this stranger?

Who is responsible for murder – Logan or Millie?

Logan and another driver, Millie, crashed into each other while driving around a bend, but the main focus is getting everyone medical treatment. However, once everyone is in hospital, the glaring reality is that Millie’s friend Jo has died as a result of the accident. Cash and Rose begin investigating the event and conclude that it came about due to driver error. Now one key question remains – who was responsible for a crash which led to a death, Logan or Millie?

Nikau discovers Chloe has been taking photos of Bella sleeping

When Nikau and Bella discover Ryder is leaving – and Roo is putting on a last-minute farewell party for him – they get to work putting together a goodbye card full of nostalgic photos. As they leave for the party, Nikau knocks Chloe’s diary off the couch and a photo falls out. He picks it up and realises it’s a picture of Bella sleeping. Feeling disturbed, he opens the diary and discovers Chloe’s emotional manipulation. Furious, he tells Bella the truth – Chloe’s been playing us!

Trouble for Alf and Martha as she distances herself from him?

Roo has put Martha on a strict wellness regime in a bid to get her well enough for the kidney transplant, but Alf has been struggling with the onslaught of veggie bowls and meditation sessions. The situation worsens when he feels distanced from his wife – she’s always out at art classes and lunches with friends. Why isn’t there any space for him? Roo encourages her Dad to respect Martha’s space, but Alf declares it’s a husband’s responsibility to be with his wife. Will the pair be able to navigate smoothly through this rough patch?

Theo rejects Chloe’s kiss – is he no longer into her?

Theo and Chloe have been in an awkward space following her mixed messages. He’s been one of the pawns in her emotionally manipulative games, as she slept with him, acted like she was into him and then dismissed him for no apparent reason. All becomes clear when Nikau confronts her at Ryder’s party, having read her diary. Humiliated, Chloe runs out – and Theo follows her. The pair reconnect, and Chloe tries to kiss Theo – but he pulls away. Has Chloe ruined her chances with Theo for good?

Ryder leaves the Bay for the adventure of a lifetime

Ryder has made the big decision to take a new job on board a cruise ship and pursue a career as a croupier. He is happy to have friends and family around him at his farewell party, and touched when John shows up with a gift that’s much more thoughtful than he could have imagined. The party hits a sour note when Nikau suddenly confronts Chloe over her diary, and he hastily leaves with Bella, but as Ryder is driven out of the Bay by Roo, Bella comes running down the road to say her last goodbye…

Felicity has been concerned about PK’s motives since he showed up in Salt and persuaded Mackenzie into hosting a high roller poker night by throwing money at her. Her suspicions are heightened when PK bars her from the event, not wanting the sister of a cop present. She marches down to the station and asks Cash to do a background check on him, but Cash is sick of bending the rules for his sister and refuses. Later, as the poker night begins, Felicity is sat at home feeling restless. She heads to the front door – but is stopped by Nathan and a burly stranger. Until the poker night is over, she isn’t going anywhere…

PK begins an elaborate ploy to get Mackenzie into bed

Mackenzie is nervous about hosting PK’s poker night on her own, but she is relieved when Tane and Ziggy show up to support her. All is going well until PK saunters up to the bar and casually lets her know that the House lost. Now Salt owes all of the players $100k. Mackenzie begins to panic – now she’s doubled her debt! PK lets her know he’s got her covered, but Mackenzie wonders why he’s being so generous. Smiling, PK hands her a card with his hotel address on it and lets her know that she can ‘repay’ her debts later that night…