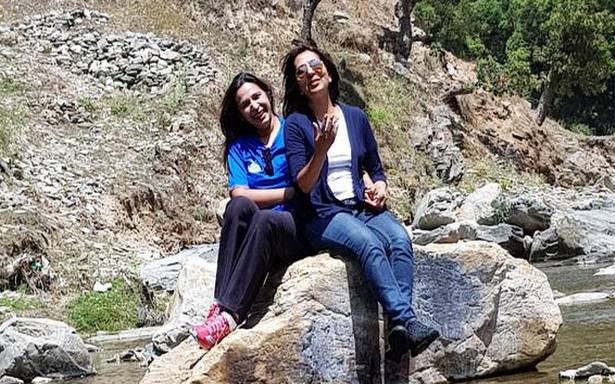 A month ago, when ophthalmic surgeon Shibal Bhartiya had to travel to Geneva and wanted an umbrella to carry along, her friend Mohana Talapatra stepped in with a design-rich umbrella bought on the streets of Madrid. A week later, the orange umbrella was back on Talapatra’s shelf.

Bhartiya and Talapatra have aspired to live a sustainable life for many years now. On December 4, they threw open a private initiative to a larger group of people with a closed Facebook group called The Minimalists of Delhi. Entry is by invite only, after people answer a few questions on their ethos, living methods and philosophy. The simple idea is based on the sharing economy, where people lend things to those who need it for a short time. In case of garments, they have to be returned after being cleaned. Some insist on paying in kind; through cupcakes, for instance.

The forum has about 210 members, and requests range from a pink potli bag to an electric blanket. Among the things being offered for sharing are silver jewellery, handmade yellow leather boots, a warm coat and tailored business jackets ideal for those attending interviews for winter internships. Among the first things shared in the group was a Buddha head speckled in gold; it will shortly move to an institute in the Himalayas.

Talapatra, a finance and analytics consultant, has moved continents, from the UK to USA to China, more than once, before finally putting down roots in the capital. All the while, she accumulated some artefacts and gave many away. “For instance, Shanghai is an expat city, where you can move into a fully furnished home. When I moved, I gave away most of what I owned and came back with just suitcases.” One of her most favourite possessions, a Chinese antique chest of drawers, has a new home in Bengaluru. “It’s strange, but even after I moved back to India, I never felt like owning it again. While it was with me, it gave me joy, and it continues to spread joy to someone else. It’s liberating to not be tied down to something,” she says.

Bhartiya, who wore a friend’s silk sari for her brother’s wedding, also hopes that besides allowing for objects sourced with passion to find temporary new homes and owners, this circle of sharing will help develop a sense of community that will serve people in these divisive times.

Meanwhile, the friends are putting together a trunk show of sorts featuring saris, jewellery and other bric-a-brac. They are confident people will warm up to this concept once they get over the mindset that anything pre-owned is ‘old’. “It’s silly to buy an intricate handloom sari spending thousands and lock it up in a cupboard. And there’s so much variety to choose from. To give and receive. This is the circle of life we should aspire to be part of,” says Bhartiya.