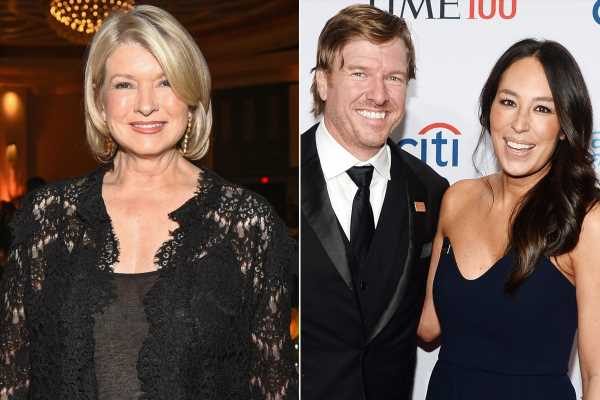 Chip and Joanna Gaines may have their fair share of famous fans, but at least one celebrity has no clue who the Fixer Upper stars are.

When the Gaineses attended the Time 100 Gala they couldn’t wait to meet Martha Stewart, according to Page Six, but when they introduced themselves to the media mogul she wasn’t aware of who they were.

RELATED: Joanna Gaines Shares Throwback Photo of Herself as a Little Girl — See the Adorable Image

“Martha was very gracious and supportive. It was a really wonderful moment for us to meet her.” he added. “And my gosh doesn’t she look great!”

Page Six then reportedly asked Stewart about the Gaineses, who just announced they will be launching their own TV channel to replace the DIY Network in 2020.

“I had never met Chip and Joanna at all before, but their Magnolia magazine is published by my publisher Meredith, and I know they have a lovely family and a TV station,” Stewart told the outlet. (Magnolia Journal, Martha Stewart Weddings and Martha Stewart Living are published by Meredith, the parent company of PEOPLE.)

Stewart shared two posts on Instagram from the gala, including a video of Yo-Yo Ma’s opening cello number and a series of close-up photos from Taylor Swift‘s closing performance. “@Taylorswift was the last performer tonight at the Time100 celebration,” Stewart wrote alongside the series. “She was eloquent and charming and sang her songs as only she does photos taken from a distance on my apple iphone.”

The Gaineses have no shortage of famous faces among their fans.

Everyone from Kate Hudson, to Blake Lively and Ryan Reynolds, to NFL star JJ Watt have a soft spot for Chip and Jo.

Jennifer Lopez recently owned up to being a Fixer Upper fangirl and even met with Joanna about designing her new Malibu beach house with Alex Rodriguez. Cher revealed she follows along with the whole Gaines family on Twitter. And Reese Witherspoon told Jimmy Fallon she’s imagined a home reno show of her own loosely based on the Fixer Upper model.