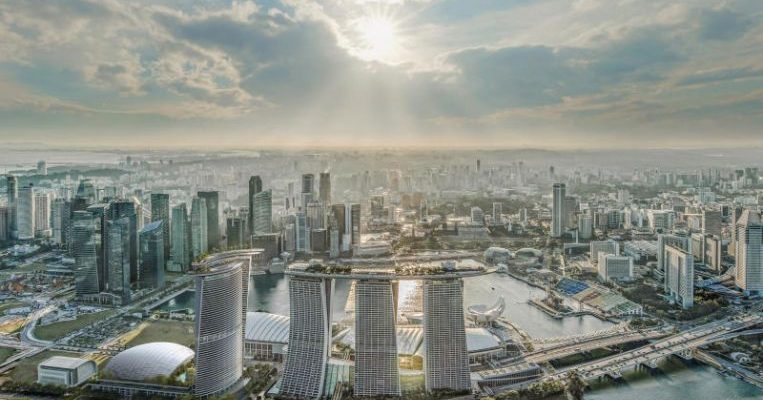 Renowned architect Moshe Safdie told The Straits Times in an e-mail interview that the biggest challenge will be in accommodating different programme elements of a music arena, a luxury hotel tower and MICE (Meeting, Incentive, Convention, and Exhibition) space on a very tight site.

It is understood that the new tower, together with a state-of-the-art 15,000-seat arena to stage major concerts and additional exhibition space, will sit on a small plot of land just adjacent to the three towers in what is a highly built-up area.

Mr Safdie said that his firm, Safdie Architects, is working with the Urban Redevelopment Authority (URA) and Land Transport Authority (LTA) on this development to ensure that there is easy access and flow of traffic around the project.

The Canadian-Israeli architect, who also worked on Jewel Changi Airport which opens on April 17, will be responsible for designing the building, along with two other global architectural firms Aedas and Gensler.

On Wednesday (April 3), Las Vegas Sands (LVS), the parent company of MBS, announced that they will spend an approximate $4.5 billion on the fourth tower.

The new development is part of a $9 billion expansion by MBS and Resorts World Sentosa (RWS), which was announced on the same day.

There was no start date or timeline provided for the completion of the new tower.

As for the aesthetics of the building and how it would sit in the Singapore skyline, Mr Safdie said: “The ensemble of the new tower and arena should be, in my opinion, harmonious with the Marina Bay Sands complex, while at the same time, being iconic in its own right.”

He revealed that the new tower will consist of “two curvilinear planes, wrapping around each other” and will be “crowned by a multi-level SkyPark amenity”, in contrast to the linear SkyPark of the existing property.

The new tower will feature around 1,000 all-suite luxury hotel rooms, although the size of the rooms has not been confirmed.

“What I think is a certainty is that these are going to be luxury hotel rooms that are appealing and serve as a point of differentiation from what we already have on offer in Singapore,” said MBS president and chief executive George Tanasijevich earlier this week.

Local architects say that the new development, if done in an aesthetic coherent with the existing towers, will enhance Singapore skyline.

Mr Khoo Poh Bin, deputy managing director of local architectural firm DCA Architects said: “The Singapore skyline is typically characterised by the city view comprising MBS, Gardens by the Bay and the Singapore Flyer. The fourth tower will be an addition to the current composition which has become the Instagram moment.”

“It’s restrained and blends in without disrupting the iconic Singapore skyline.”