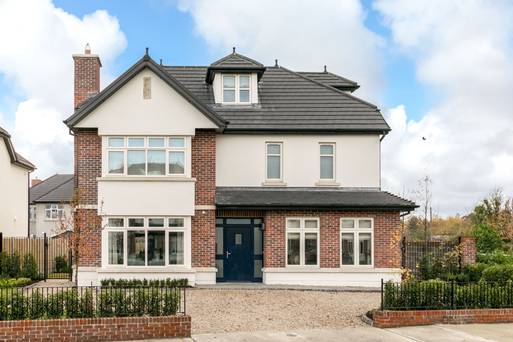 Until as recently as 1975, Malahide Castle, one of the oldest historic houses in Ireland, was the home of the Talbot family.

The Talbots, who held the title of Earls of Shrewsbury, built the castle about 800 years ago having been granted the lands and harbour of Malahide by Henry II in recognition of ‘war-like’ services rendered in the Anglo-Norman conquest of Ireland.

Nowadays, the castle and its over 250 acres of land are a popular venue for summer concerts, and a weekly destination for families who enjoy the onsite Avoca restaurant and the sizeable playground where their children can run off any sugar highs.

A former winner of the Tidy Towns competition, the coastal village of Malahide is just minutes from the castle grounds. It could easily lay claim to being the most desirable of Dublin’s northside villages. Sunday afternoon is a good time to experience the buzz of the village and the streets are busy with strollers and shoppers, and those stopping to buy an ice cream or coffee. In fact, it would be hard to find a better selection of restaurants, boutiques and coffee shops even in the surrounding villages of Clontarf, Howth or Portmarnock. No surprise then, that Malahide is also a popular location for new developments.

No doubt, the increased popularity of Malahide has been aided by the relatively prosperous locals who are either helping their children buy their first home nearby, or keen to trade down from one of the many large houses, to a new energy efficient, but still sizeable, home.

The site of Clairville Lodge is also minutes from Malahide Castle. A new development aimed at the higher end of the market, it originally launched last October, and its latest phase launches this weekend.

Malahide has seen a mixture of developments catering for both the well-heeled first-time buyer, and the trade-down purchaser. Currently on the market, for example, is Hazelbrook on Kinsealy Lane, which includes four- and five-bedroom semi and detached units, from €825,000. Whitegables has one large four-bedroom semi-detached unit, from €725,000.

Then, of course, there is Abington, sometimes referred to as Millionaire’s Row, the development of luxury homes built in the early noughties and favoured by celebrities; Ronan Keating and his then wife Yvonne were said to have bought the showhouse. Among other residents to have lived there are Georgina Ahern and Nicky Byrne, Robbie and Claudine Keane, and former chief executive of Anglo Irish Bank David Drumm.

Malahide has always held an appeal for those who travel regularly, or spend large amount of time abroad for work, given the area’s proximity to the airport.

And this is borne out by the fact that a quarter of purchasers in the first phase of Clairville Lodge were either international buyers moving to Dublin, or ex-pats returning home.

When the scheme first launched last October, 23 units, a mixture of semi and detached houses, including the showhouse, sold.

All units are now inhabited, and this week developer Maybury Properties brings a further 11 detached units to the market, including the brand-new five-bedroom showhouse, six four-bedroom detached homes, and four other five-beds.

Since the original launch, five-bedroom properties have seen an increase in storage in the master bedroom, and attic space has been maximised. The four-bedroom detached units have the potential for attic conversions. Within five minutes’ drive of Malahide village, all units have A3 BER ratings.

All units are double-fronted and have large front gardens with private off-street parking, and rear gardens with side access.

This development by The Dublin Loft Company of 32 A3-rated three- and four-bedroom houses and 31 two- and three-bedroom apartments is situated beside Santry Demesne.

Situated 5km from the city centre and 10 minutes’ drive from the airport, this site is close to the M1 and M50 and is near the proposed new Santry Metro North stop.

The Dublin Loft Company were the developers behind Hanover Lofts in Grand Canal Docks, and Oxmanstown Lofts on Smithfield Square.

This is the third phase of this development from Gannon Homes.

Within walking distance of the village, this site includes both detached and semi-detached units.

Next Saturday’s open viewing sees a selection of three- and four-bed semis, as well as the two remaining four-bedroom detached houses, still available.