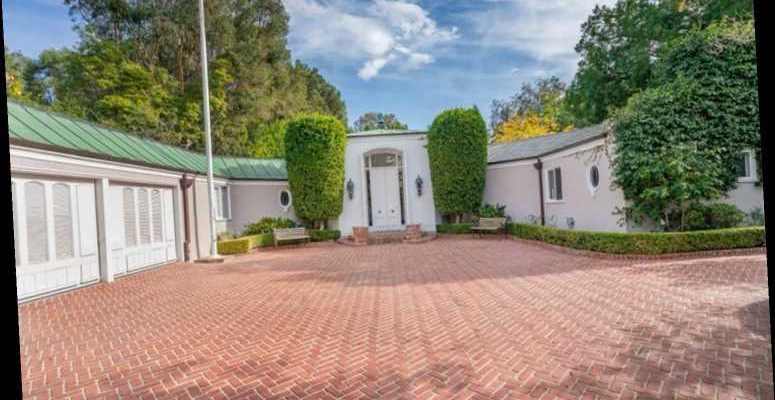 Lily Collins has parted ways with her dramatic home in Beverly Hills, California.

Built in 1954 by renowned architect John Elgin Woolf, the home is located just off the famed Sunset Boulevard.

"John Elgin Woolf was the king of Hollywood regency architecture and that is what draws celebrities and people of luxury to his homes," Branden Williams of The Beverly Hills Estates tells PEOPLE.

"Not to mention it's the best location in Beverly Hills. Highlights of the home include a library, a bar, a formal dining room, a breakfast room, a patio deck with a pool, a hot tub and a cabana with a dressing room, and a tennis court with seats for up to six people. The master bedroom is surrounded by wall shelving for paintings, books, lamps and more. There is also a couch facing a large television, two chairs and an ottoman for reading space.

The closet is walk-in with a separate dressing area.

Collins, who bought the property in 2016 according to the New York Post, lived in the home during quarantine with writer and director Charlie McDowell.

The Emily in Paris star announced their engagement in September, sharing photos at the time from the intimate proposal, which happened during a road trip in Santa Fe, New Mexico.

The pair first sparked dating rumors in July 2019 when they were spotted on an outing together in Los Angeles.

One month later, the To the Bone actress made the relationship Instagram official when she shared a few snaps of the two in Paris, France, while she was filming her hit Netflix series Emily in Paris.