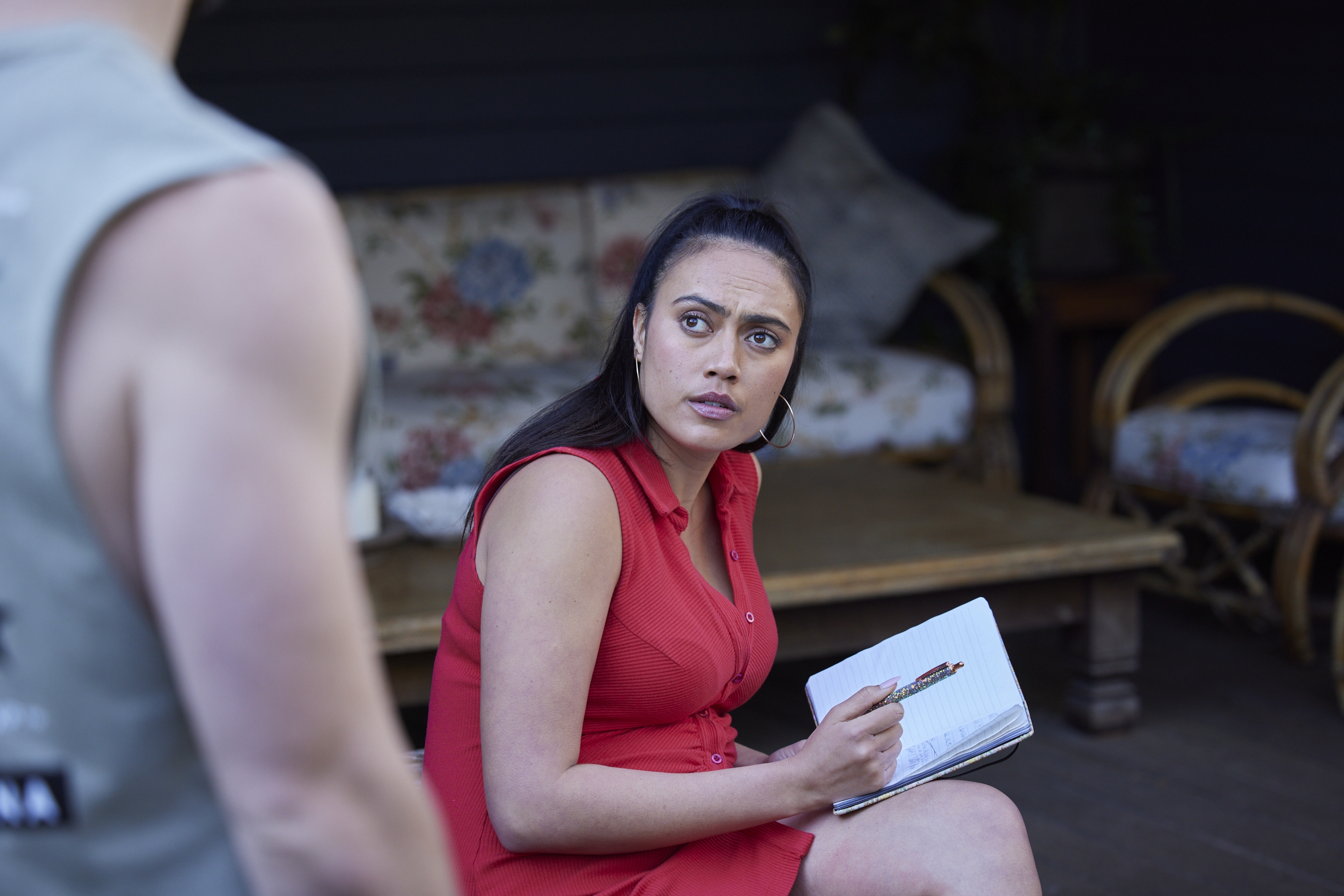 Meanwhile, Remi (Adam Rowland) and Eden (Stephanie Panozzo) aren’t on good terms and the director can tell – their fake act isn’t fooling anyone. The band begins to realise their shoot may be doomed before it’s even started.

Taking time out to regroup, Kirby (Angelina Thomson) gives Theo a pep talk and helps him to calm his nerves about the lip syncing. Eden and Remi have their own issues to sort out, and as Remi’s tension boils over, he admits the truth about Jacob (Alex Williams) and Bree (Juliet Godwin) to Eden. Sympathetic, Eden realises what Remi is dealing with and the friends put their issues behind them.

The music video shoot is back on, and the group nails it. Elated, Remi and Eden go to debrief over pizza – but they cross paths with Jacob, who seems to be on a mission to wind Remi up. Eden snaps at Jacob to back off, hinting she knows what he’s capable of. Remi drags her away – what if she’s caused trouble for Bree?

Elsewhere, Kirby and Theo are watching the comments for their video roll in – but then Kirby gets a blast from the past when Bob (Rob Mallet) texts her. He’s noticed that she has clearly moved on, seeing her chemistry with Theo in the video.

Kirby lies to Theo about the message, saying it’s just an online troll. But then Bob suggests they meet up…will Kirby go behind Theo’s back to meet her ex?