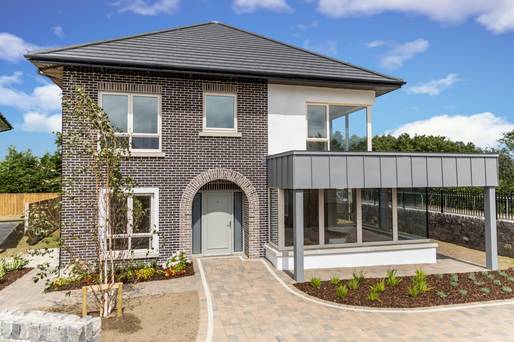 Long before the theme tune of Glenroe on Sunday evenings struck fear in the hearts of youngsters who hadn’t yet finished their homework for Monday morning, The Riordans – RTE’s first-ever rural drama – was tackling the issues of a changing Ireland, from marriage breakdown to contraception.

Running from 1965 to 1979, The Riordans also broke the soap-opera mould by filming mostly on location, rather than just using TV studios. So much so that the British makers of Emmerdale Farm, the forerunner to Emmerdale, visited Ireland to see how the programme’s outside broadcasting units worked.

The Riordans was set in the fictional townland of Leestown, supposedly in Co Kilkenny. But it was filmed in Dunboyne and in the village of Kilbride. Indeed, at the height of the soap, 1.2m viewers watched Benjy and Maggie get married in Kilbride Church. Now Kilbride is the setting for Priestown, a residential scheme that sounds like a clerical soap opera but is named after the townland in which it sits. Priestown is being developed by Corado Homes beside Kilbride’s GAA pitch and will comprise 19 three- and four-bed semi-detached homes and four- and five-bed detached houses when it’s finished.

The style of the homes is a nod to a previous era: the architects borrowed heavily from the Alexander Strain-built houses of the early 20th century that make up streetscapes in northside suburbs such as Glasnevin and Drumcondra in Dublin. As a result, there are arched entrance porches and facades finished in a dark-mottled brick – from Belgian manufacturer Vandersanden – with pale pointing. However, two of the four house types at Priestown have a modern twist, in the form of a single-storey contemporary-style front extension for the living room. The high-performance UPVC windows and patio doors, as well as the engineered composite front door, are also 21st-century finishes.

There is permeable paving to the central front footpath and to the driveway, complemented by soft planting. To the rear, French doors open from the kitchen/diner onto the back garden.

Of the eight properties released in the first phase of Priestown last month, two have gone sale agreed. Because of its proximity to Dublin city centre, about 17km away, the scheme is appealing to commuters. Inside, there are 2.7m-high ceilings and painted timber throughout, with a front study to the A and B designs. The contemporary-style painted kitchen and quartz worktops are supplied by Keane Kitchens & Bedrooms, which also supplied the fitted wardrobes to the bedrooms.

The bathrooms and ensuites are fitted with Villeroy & Boch sanitaryware, Kludi chrome-ware, and tiling to the floors and the wet areas of the walls. The A2-rated homes are also equipped with an air-source heat pump for heating and hot water. Priestown is 6km from the M3 motorway, 8km from the M2, 15km from the M1, and 13km from the M50. Bus Eireann and private bus companies also operate routes to nearby Ashbourne.