The incredibly invasive weed has taken over Brickfields Park in Worcester which is part of Worcester’s King George V Playing Fields. People living in the area have described the scene as something out of “Day of the Triffids”. Locals have claimed the infestation has been ignored by the council.

47% off patio plants and furniture from Outsunny

Decorate your patio with beautiful plants or create a lounging area by adding furniture and shop Amazon’s sale. With low prices and free delivery, don’t miss the sale now.

If the weed spreads further it could invade homes backing onto fields, knocking thousands off properties’ value.

One resident who lives in Tunnel Hill which backs onto the fields is retired gardener Dennis Hodson.

Mr Hodson said the weed is out of control and has “gone rampant”.

The local resident said the weed is growing into peoples’ gardens now, including his own, which is just 20 metres away.

He described the situation as a “bit of a nightmare”. 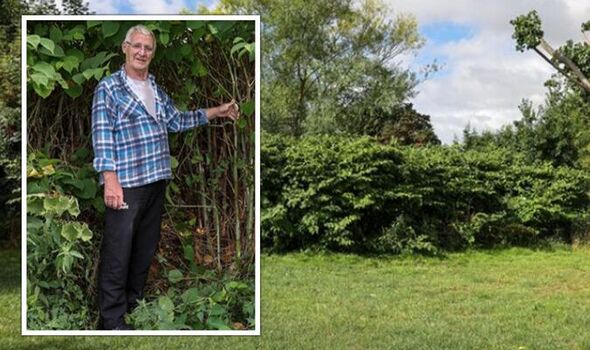 Mr Hodson said the weed is around six feed tall in the park and is close to setting seed which could see the plant spread further.

The homeowner claimed he has tried calling the council but “they haven’t done anything”.

He added: “The time to act is now. I also spoke to groundsmen in the park and they told me it wasn’t anything to do with them.”

Two or three years ago, Mr Hodson claimed the knotweed was being cut back regularly but now this has stopped happening.

He managed to remove some of the plant from his own borders a few years ago using a strong weed killer but the plant has returned.

Another resident in the area has claimed they are worried about the value of their property.

They said: “The knotweed just keeps getting closer and closer to our homes.

“It’s like a scene from The Day of the Triffids and the mixture of the very hot weather and then heavy rain has just made it grow out of control.

“The council do nothing to help and we all worry about the impact it’s having on the value of our homes.

“I certainly wouldn’t want to buy a house which is at risk of being taken over by this thing.”

The plant re-grows regularly which means treatments usually have to be applied regularly over a number of seasons.

A glyphosate-based weedkiller usually has to be used to tackle the weed but it can take several applications and seasons for it to completely go.

It can cost thousands of pounds to remove.

The main problem with Japanese knotweed is its vast root system which can damage building foundations, drainage systems and building structures. 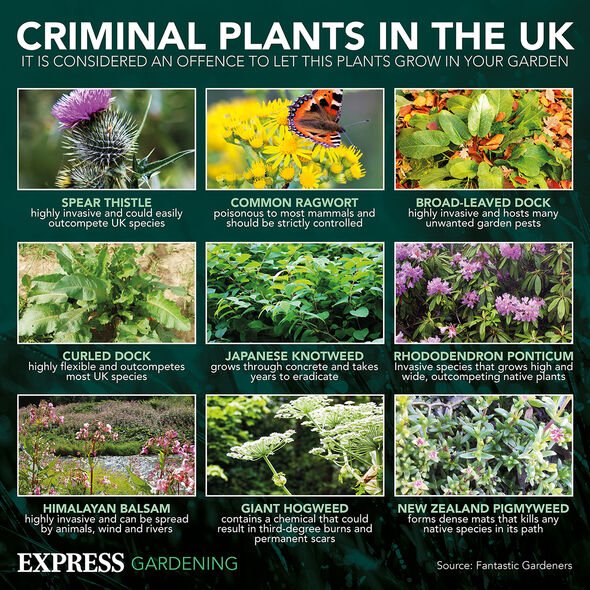 The plant can grow a whopping 20cm per day.

The roots can grow three metres deep into the ground and spread seven metres in all directions.

A spokesperson for Worcester City Council said: “We are aware of the Japanese knotweed growing at King George V Playing Fields and our specially-trained staff will stem-inject the plants in the coming days.

“It will take a few weeks to die off and we will do a follow-up treatment in a month and another next year to ensure it is dealt with.

“If this Japanese knotweed has spread to properties from the playing fields, then residents can get in touch with us and we can treat it accordingly.”