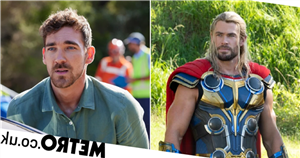 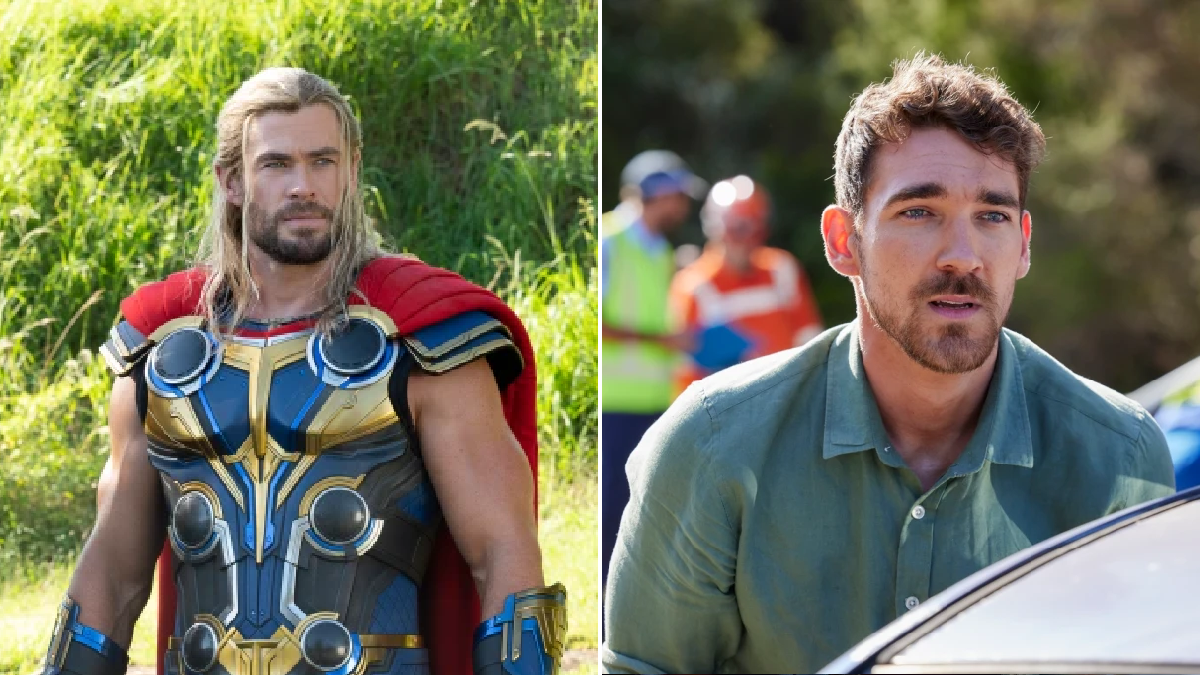 Chris Hemsworth has come a long way since his Summer Bay days, and now his cousin Luke Van Os is following in his footsteps, having joined the cast of Home and Away.

Luke, who plays Xander Delaney, made his debut in the Channel 5 soap earlier this year, and he’s already proving himself to be quite the star, having helmed a number of huge storylines.

This, however, shouldn’t come as a surprise, given that the 24-year-old is related to Hollywood royalty in the Hemsworth brothers.

Luke is the cousin of Thor star Chris, who similarly started his career in Summer Bay, playing Kim Hyde for three years, between 2004 and 2007.

‘Growing up, I always loved cinema!’ he told Metro.co.uk, describing how he desired to be an actor from a young age. ‘The idea of watching something, and being absorbed in that world. I loved watching films and reading books, and being a storyteller.

‘I think it was really my cousins, seeing them and realising that it was a possibility; that this could be a career.’

Luke, who is related to the Hemsworths through his father, told us that he regularly ‘checks in’ with Chris, Liam and Luke [Hemsworth], all of whom have achieved major Hollywood success since their respective stints in soap.

Chris, as we mentioned, started his career on Home and Away, while Liam kickstarted his on Neighbours, playing semi-regular character Josh Taylor. The pair’s older brother and Westworld star Luke also did a stint in Ramsay Street, playing Nathan Tyson.

‘They’ve been a huge support’, Van Os revealed. ‘I think the biggest thing is to have fun and not put too much pressure on yourself.

‘Chris has been through the exact same experience, and he had a lot of fun during it, and I’m just trying to take each day and learn as much as I can, and do the best I can.’

Chris told Sunrise that he ‘jumped on Zoom’ with Luke to help him ahead of his Home and Away audition. The Thor: Love and Thunder star even admitted that the experience was ‘nostalgic’ for him.

Van Os, meanwhile, made his Home and Away debut on UK screens on May 5, when Xander rocked up in Summer Bay, hoping to connect with sister Jasmine (Sam Frost), who was unaware of his existence.

Discussing the plot line, Luke said: ‘Xander is really is intrigued to learn more about Jasmine, as anyone finding his new sister would be!

‘He’s settling in well. It’s a new place and he’s still meeting people, but I think he really likes the Bay!’

And Xander isn’t the only one settling in well, as Luke himself has also done exactly that, so much so that it’s hard to picture the Aussie soap without him now!

‘I still feel new and I’m still learning,’ he told us. ‘I’m still nervous. But the time has flown by, the last ten months, but it’s the best. I couldn’t have asked for a better crew, a better cast and better producers.

‘Everyone is so supportive. Work just doesn’t feel like work! It’s so much fun. I’m on the best beaches in the world all day playing volleyball! I can’t complain!’

Xander, meanwhile, will be at the centre of a major storyline next week, when newcomer Millie refuses to tell the truth about a car accident she was involved in.

Knowing the truth about the situation, the paramedic is put in quite the predicament, after show regular Logan (Harley Bonner) is implicated in the crime.

‘Xander is torn between wanting to help Millie but also doing the right thing and not let Logan take the fall for something he didn’t do,’ explained Luke. ‘That’s the struggle he has: trying to convince Millie to own up to her actions, but also defending her.’