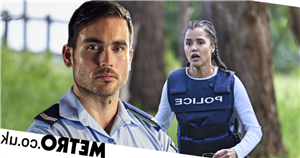 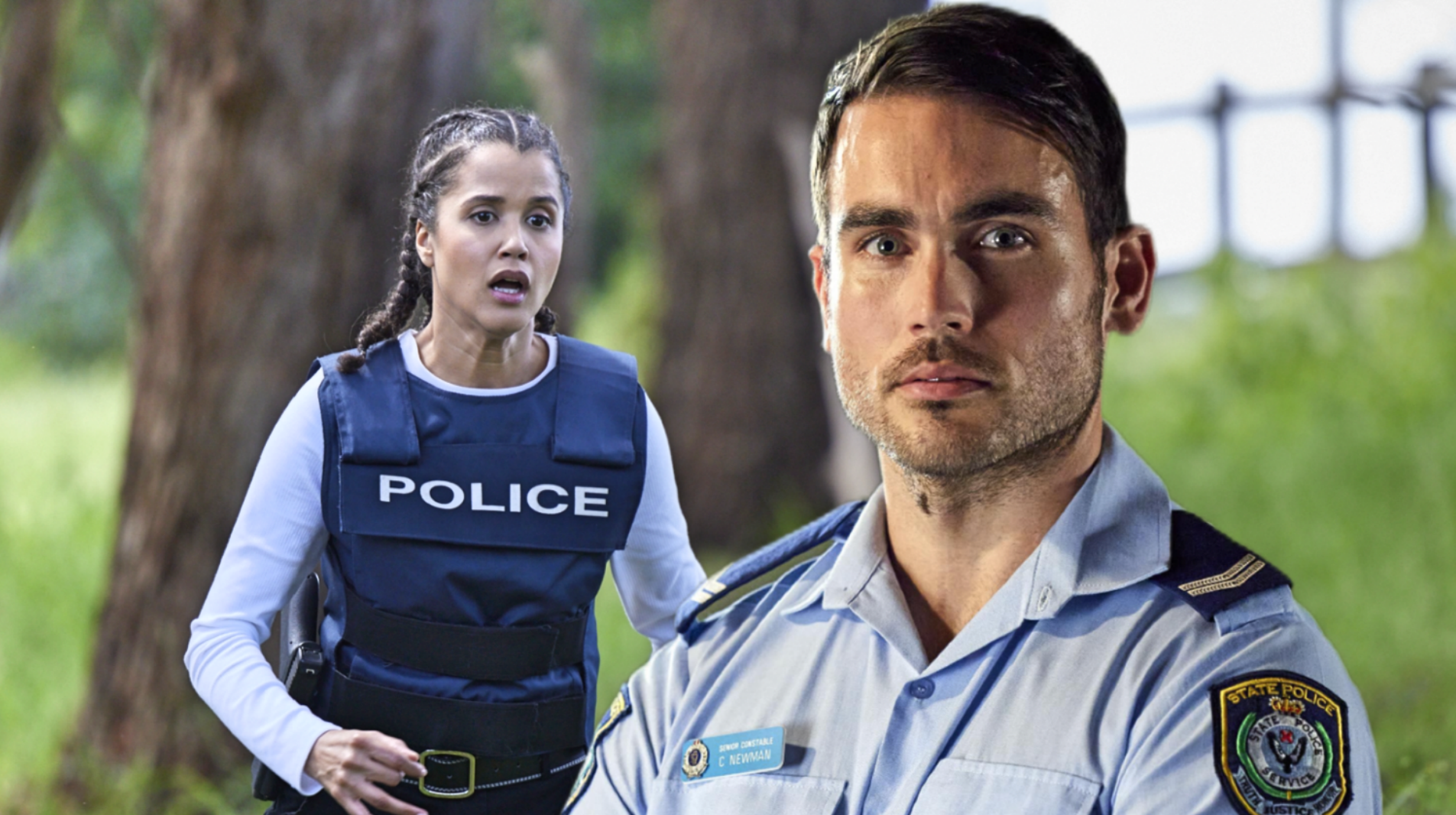 Cash Newman (Nicholas Cartwright) is left fighting for his life in Home and Away after a police raid of bikie headquarters ends in tragedy.

The policeman, as viewers know, is struggling in the wake of his relationship with Jasmine Delaney (Sam Frost) coming to a sudden and surprising end.

With colleague Rose (Kirsty Marillier) having devised a plan to take down troublesome bikie leader Tex Wheeler (Lucas Linehan), Cash decides to distract himself from his heartbreak by throwing himself into work.

‘He’s confused and broken,’ actor Nicholas Cartwright told Metro.co.uk, discussing Cash’s feelings in the wake of his split with Jasmine. ‘He can’t see how it came to him being dumped like that.’

Cash will find himself in the van listening in when Tane Parata (Ethan Browne) arrives at bikie headquarters wearing a wire, hoping to get Tex and Marty to admit to the money laundering operation that they’re overseeing.

Things, however, become somewhat complicated when Nikau (Kawakawa Fox-Reo) shows up, unaware of his uncle’s plan.

‘Cash knows they are already dancing a fine line [with the operation], said Nicholas. ‘When Nikau shows up, he tries to call the operation off. But Rose and the other task force member out-vote him.’

Yes, despite what Cash recommends the sting continues, and ultimately it proves to be successful, with Tane cleverly getting Tex and Marty to discuss the money laundering operation.

Rose and Cash, without hesitation, swoop into action, as they storm the bikie headquarters with the intention of making arrests, but let’s just say that things don’t exactly go as planned.

‘Cash’s mind is elsewhere during the raid, as much as he’d hate to admit it,’ Nicholas told us. ‘It leads him to forgetting his bullet proof vest. A mistake for which there are consequences.’

Yes, as Rose arrests Tex, Marty makes a run for it. Cash sets off in hot pursuit of the criminal, but tragedy strikes as gunshots are fired.

Rose makes a beeline for the direction from which the shots came, and she’s horrified to find Cash bleeding out on the floor having been shot.

‘Cash is shot through the chest and abdomen,’ Nicholas revealed, telling us that ‘it’s pretty dire.’

‘Rose can’t stop the bleeding with pressure, but when Xander arrives he has the medical skills to help try to save him.

‘But it’s touch and go, and by the time Cash gets to the ambulance he is fading fast and very well could die.’

Will Cash die? Say it ain’t so!

Home and Away airs weekdays at 1:45pm on Channel 5, with first look episodes airing at 6:30pm on 5Star