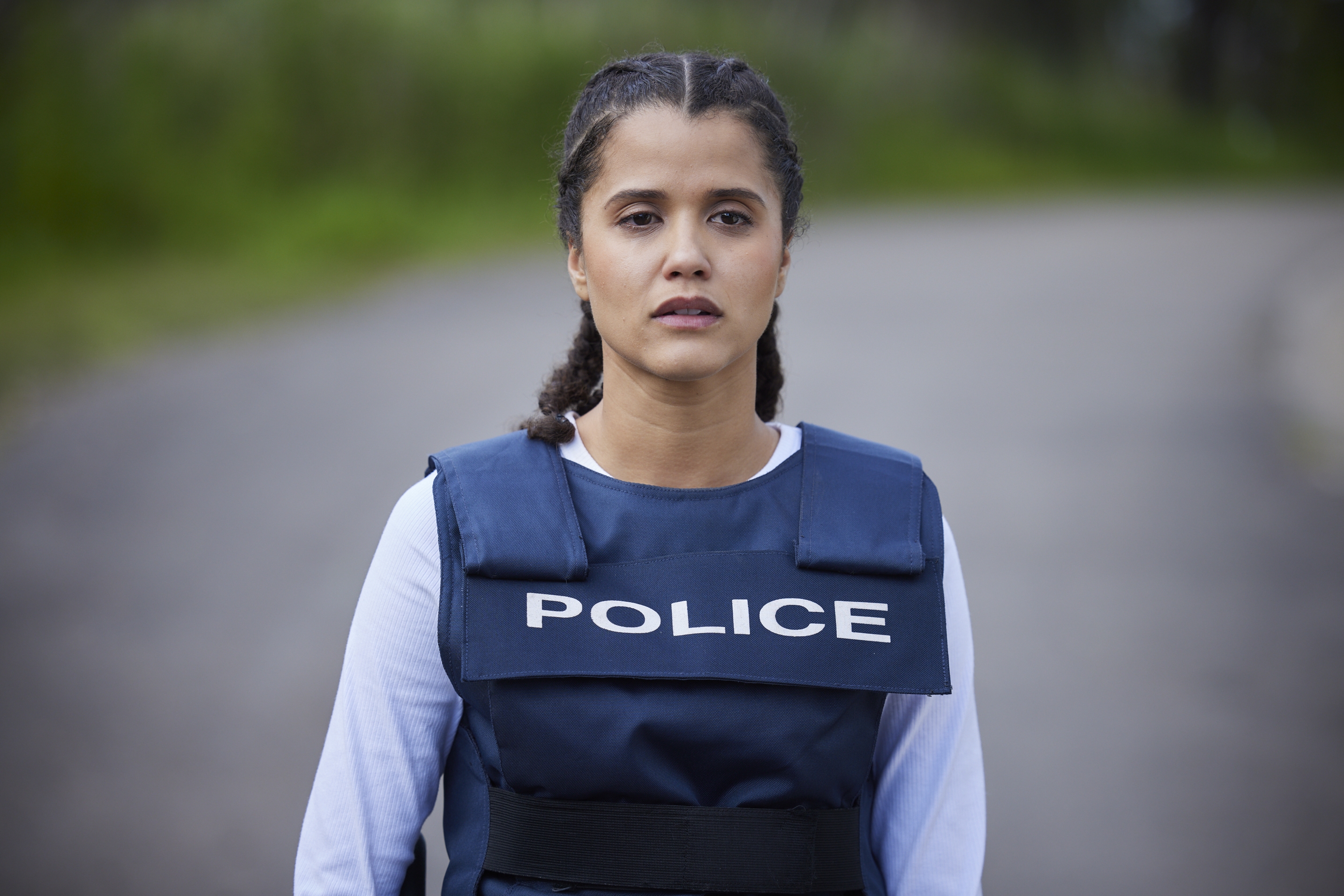 Rose Delaney (Kirsty Marillier) has been worried sick about Cash Newman (Nicholas Cartwright) in Home and Away after he was shot during a police sting that went horribly wrong.

The cop, as viewers know, was overseeing a secret operation to get the bikies – particularly Tex Wheeler (Lucas Linehan) – behind bars where they belong.

Cash got involved in the operation in a bid to distract himself after Jasmine’s (Sam Frost) departure, but when he accompanied Rose to bikie headquarters to make arrests tragedy struck, as he was shot by second-in-command Marty.

Rose was horrified by what transpired, and was riddled with guilt in the aftermath, believing that she was to blame.

‘I think Rose is really in the wars at the moment,’ actress Kirsty Marillier told Metro.co.uk, discussing the events leading up to and including Cash’s life-threatening injury.

‘She starts to tangibly feel a lot of her emotions, things bubble up to the surface that she might have repressed previously – feelings of shame, feelings of guilt, feelings of failure.

‘Everything that goes against her sense of duty as a cop. She feels like she really has failed herself as a cop, and Cash as a cop as well. It’s hard because I hope the viewers will see that she isn’t actually to blame.

‘A myriad of events have occurred in order for this one big event to happen. Rose does create a link between herself and Cash being shot – not from a logical perspective but from an emotional perspective.’

It was touch and go for quite some time, but Cash subsequently regained consciousness – much to Rose’s relief.

The policeman, however, struggled to come to terms with the fact that Marty had died amid the gun showdown, which ultimately puts pressure on Rose to try and help him through his recovery given that she was there when the shooting took place.

Upcoming scenes will see Rose, on Felicity’s (Jacqui Purvis) advice, break protocol in order to put Cash’s mind at ease, as she delivers him the police report of the incident, so that he can see himself what really happened.

‘I think Cash’s reaction is a bit complex and perplexing,’ said Kirsty. ‘It’s not as clear-cut as maybe Rose thinks it might be. Rose does feel relieved – “thank God he acted in self defence” – but it’s very hard for Cash to process all of this.

Rose, as viewers know, has been harbouring feelings for Cash, but Kirsty reckons that going forward, her character will be able to put those feelings ‘to bed’ in a bid to move on.

‘Overtime [Cash and Rose] really just created a strong foundation for a friendship,’ she told us. ‘They have so much mutual respect for each other as cops, and she does especially for him as a senior constable.

‘They also understand what it means to be a cop in the Bay. There’s no one else in the Bay I can talk to about their day to day. I feel like there’s just a sense of respect, camaraderie and duty that they both feel, and friendship that exists.

‘Right now, I think Rose really has processed her feelings for him and put them to bed. She sees him as someone who she respects and cares for dearly.’

Home and Away has been on fire as of late, with one compelling storyline after another keeping viewers hooked on a regular basis, and you can rest assured that things won’t be slowing down anytime soon, with Kirsty teasing more ‘big drama’ to come.

What’s more, there also be may some romance in Rose’s future!

‘As a cop, Rose gets into everyone’s storyline all the time’, said Kirsty. ‘There’s some great big drama coming up. I think she’s always going to be investigating something because she’s got her little inner detective and you’re going to see her springing into action.

‘Hopefully over time the guilt starts to ease around Cash being shot and you see her and him go through a period of recovery as their relationship also starts to repair.

‘We’ll see that Rose will hopefully stop kicking herself about Tex and turn a new leaf and become single and proud and maybe put herself back out there romantically. watch that space, because there’s plenty of options on the horizon for her. She’s single and ready to mingle!’

Home and Away airs weekdays at 1:45pm on Channel 5, with first look episodes airing at 6:30pm on 5Star