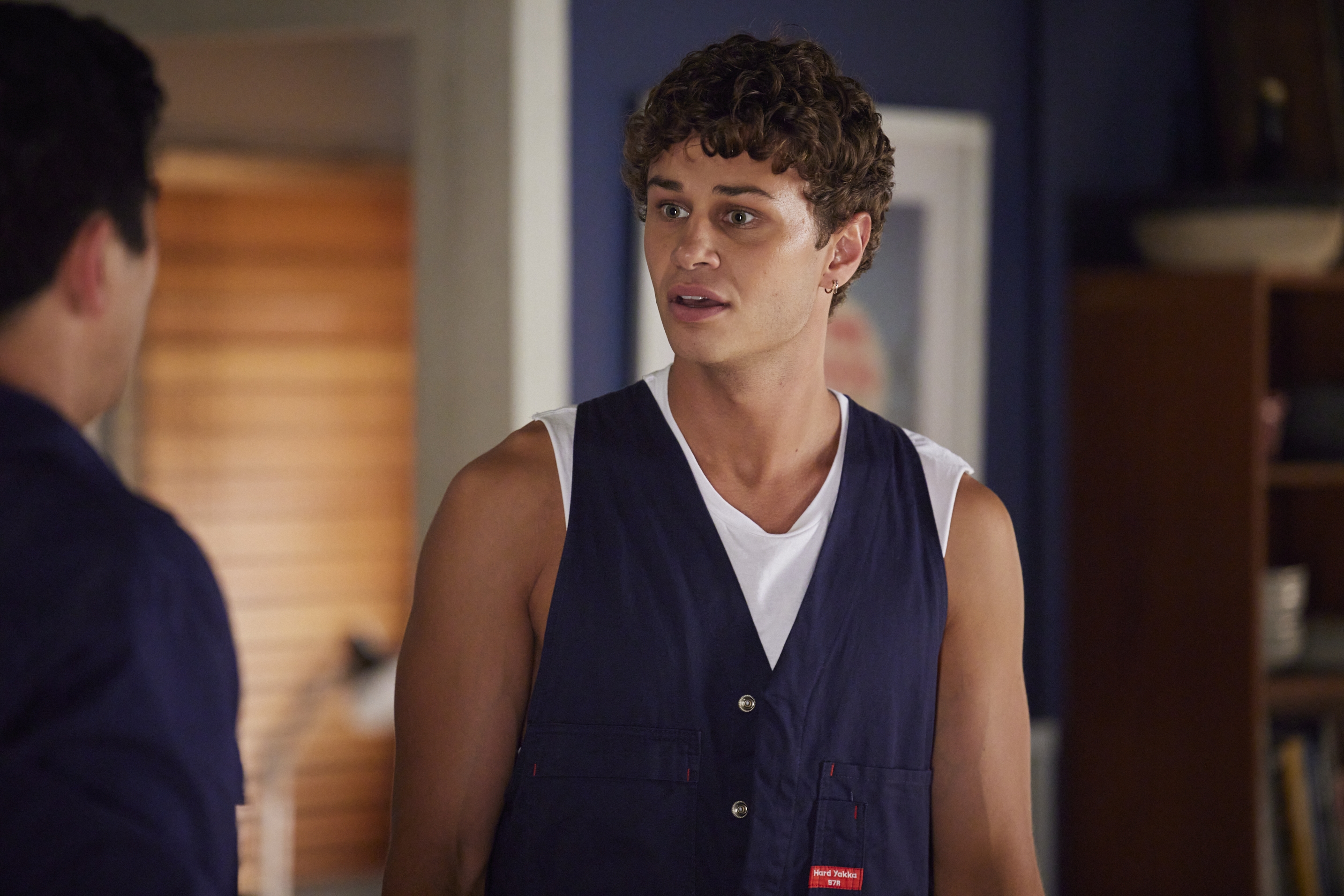 Theo Poulos’ (Matt Evans) future is up in the air in Home and Away, after Justin Morgan (James Stewart) reported him to his TAFE tutor for plagiarism.

Justin had, as viewers know, written an earlier version of the assignment on behalf of Theo. Theo, however, wasn’t keen on submitting this version, and thus wrote his own, one which he was ultimately very proud of.

His own effort was evidently very good, as he subsequently received a distinction.

‘He is over the moon [at this point],’ actor Matt Evans told Metro.co.uk. ‘It’s the first time he’s got that sort of mark of his own accord so he’s super stoked. He’s always kind of been blasé about things before, I think he feels really proud of himself.’

Theo’s happiness, however, came crashing down shortly afterwards, as he received a call from his tutor during Tuesday’s (August 2) edition of the Channel 5 soap, notifying him that he’d been reported for plagiarism, a discovery which Matt tells us leaves his character feeling ‘betrayed’.

‘He’s a bit like: what is going on?,’ said the star. ‘Not only betrayed but also annoyed because Justin was the one that suggested that he would do the assignment for him because it would make things easier and then he goes and dobs on him, so Theo’s just doesn’t know what’s going on.’

Wednesday’a (August 3) visit to the Bay will deal with the fallout of this, as Theo does his best to convince his tutor that the version he submitted was different to that of Justin’s.

Matt told us: ‘Theo comes up with the idea to recover the file that he deleted of Justin’s copy on his computer, so he shows the tutor Justin’s assignment and then his assignment, to prove they were completely different. But that’s not enough and they say he has to sit an exam as well.’

Yes, as the soap star mentioned, an exam is the only way in which Theo can prove himself. But, much like everyone, the young man struggles with the thought of sitting an exam.

‘Information just leaves his head’, said Matt, and honestly, we can relate.

Despite Theo’s fears, however, he takes the exam, and in typical Theo fashion, he passes with flying colours!

‘He is so relieved,’ admitted Matt, discussing the plot development. ‘It was just another hurdle for him to jump over and now he’s seen he can do it on his own, not just assignments but an actual exam as well.

‘It makes him feel like he’s a lot more worthy so he’s just over the moon and stoked with it. Very proud of himself – we’re all proud of him!’

In terms of what viewers can expect, Matt was keeping tight-lipped on the specifics like the pro that he is, but he did tell us that we can expect ‘music’ in Theo’s life.

Not only that, but his favourite storyline to date is one we haven’t even seen yet.