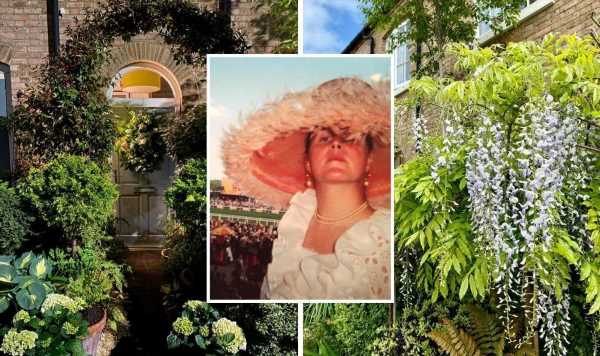 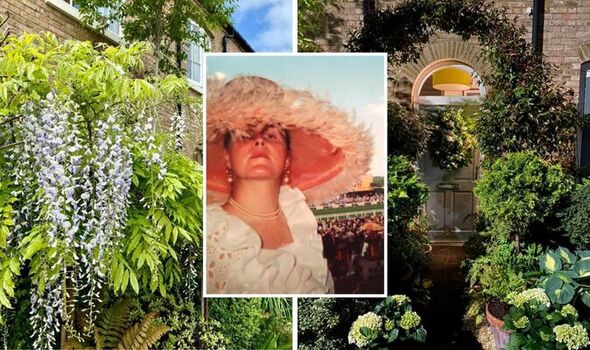 Alexandra Wilson-Jones, from Poundbury in Dorset, says she has been told there will need to be fewer plants before the end of January 2023, or the Duchy will remove them. The beautiful display includes a floral archway and various flowers.

Alexandra told Dorset Live she received a letter from the Duchy pointing out that the plants are there without approval. Following a meeting with the Duchy, Alexandra claims she was told that the plants look out of place in comparison to the rest of the courtyard.

Duchy of Cornwall says that, while it welcomes moves to brighten the area, the plants are being stored in a communal courtyard “without approval” and that it has received complaints about “the large collection”.

She has called the situation “heartbreaking” and argues that the Duchy’s intervention goes against The Prince of Wales’ vision for Poundbury. The village is a passion project for Prince Charles who has the aim of creating new towns and cities that “break the mould of convention” and “create an attractive place for people to live, work and play”. 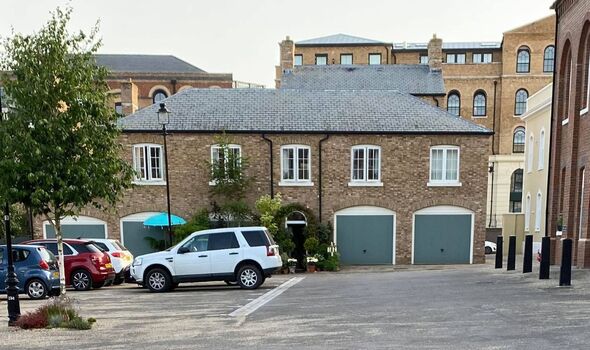 Alexandra said: “The Duchy has told me to significantly modify and reduce my planting down, and if I haven’t done it by the end of January, it will need to be removed entirely. So that puts me in a very difficult position, and it’s my responsibility.

“They’re not prepared to help me at all. They’re not offering an opportunity to provide anywhere to relocate to. They’re just simply saying that will be something that I would have to do myself.”

She claims the rules for keeping plants outside her home are unclear.

She said: “No provisions have been made in the layout of these properties to have a garden. The majority of the plants will have to go. So they want to look at significantly reducing but they’re not prepared to do anything at all to help me, it’s all my responsibility. They’re not offering any alternatives that I’ve suggested.”

Alexandra says she also feels that removing the plants could affect local community spirit as she has received positive comments from her neighbours about her display.

She said: “If you start reducing down gardens that are enhancing any community thinking, it’s backward thinking. More so than anything else, it is in complete contrast to what His Royal Highness would encourage. If he knew about this, he would intervene.”

Alexandra claims that the Duchy can allow four or five plants in the area, but that access should be retained to homes, garages and parking bays. She says that her plants do not block residents’ access, and she has no intention of causing any problems.

“The garden is not causing any obstruction,” she said. “It doesn’t obstruct the road. It just simply blocks my garage, and I don’t have a car.” She also argues that the courtyard outside of her home is large enough to fit a jumbo aircraft emphasising that her plants do not take up the space. “You can park a Boeing 747 in this courtyard – it’s huge,” she said.

She added that she has not once received a complaint from emergency services or delivery companies regarding obstruction to the road.

Alexandra has been living in Poundbury since February last year and said she enjoys the area she lives in. The decision to move to the area came after her mother sadly died, and Alexandra says she took to gardening as a way to cope with her grievance.

“When I lost my mum, gardening very much kept me alive,” she explained. “It stopped be from going through a depression during bereavement and it really helped me so much for my general health and my mental health.”

She feels that gardening serves as a good way to allow herself and others to deal with trauma and bereavement, and praises charities that use gardening as a tool that provides support for those suffering with mental health issues. She said that people can “embrace gardening in a way that actually helps people, so there’s nothing negative about anything like this.”

The Duchy said that the decision was made as the large collection of plants is on site “without approval” and that the organisation needs to ensure the area is safe and free from obstruction.

A spokesman for the Duchy of Cornwall said: “We are aware of an issue where a large collection of privately owned plants are being stored in a communal courtyard without approval. We welcome moves to enhance the appearance and environmental diversity of courtyards, however these need to be of an appropriate scale and nature, recognising that the courtyards are designed mainly to provide pedestrian and vehicular access to homes, garages and parking bays.

“We are aware that complaints about the large collection have been raised by local residents and we will continue to work with the owner of the plants and the relevant developer to achieve a suitable outcome.”